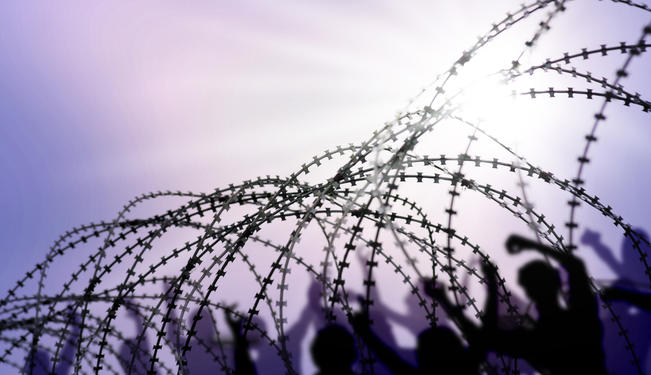 Refugees are increasingly spending more than five years in exile. Host countries and the international community need to deal with the implications of this development.

The question of how to treat people who have fled their homes has been around for quite some time. However, a fairly recent development requires new answers to this question.

Protracted Refugee Situations (PRS), defined by the United Nations High Commissioner for Refugees (UNHCR) as a situation where refugees “…continue to be in exile for 5 years or more after their initial displacement, without immediate prospects for (the) implementation of durable solutions,” have developed into a pressing issue. Such situations can be found all across the globe, for example in North and sub-Saharan Africa, Asia, and Latin America — where returning home is not a safe option for refugees.

According to the United Nations (UN), around two thirds of all refugees today have to face PRS. Not only has the percentage of refugees affected by PRS increased, the average time they spend in exile has too. Refugees who experience this ongoing displacement are in a constant state of limbo. On the one hand, the situation in their home-countries is not safe enough to return, and on the other, their host countries are often incapable or unwilling to deal with them in a way that respects their most basic human rights, as laid out in the UN’s 1951 Convention relating to the Status of Refugees.

Whether it is a lack of capacities or political will, individual governments and the international community should be aware that cases of PRS are not only problematic from a human rights perspective, but also with regards to security matters.

Most existing cases of PRS — over 30 situations — take place in developing and under-developed nations since most refugees, in an attempt to escape violence and persecution, flee to neighboring states.

Kenya, for example, is currently home to over 604,000 refugees — not counting the nearly 44,900 asylum seekers. This sums up to nearly 1.5% of its population. Similar circumstances can be observed in the Republic of Congo, where 92,000 refugees — mainly from the neighboring Democratic Republic of the Congo — currently account for over 2% of its population. This is already a major improvement when comparing these numbers to the situation before repatriating refugees began there in 2012.

Indeed, a few percent may not seem to be a lot. But when comparing these numbers to wealthier nations, it becomes apparent how big the impact actually is. Roughly 0.3% of the United Kingdom’s population is made up of refugees, and this includes asylum seekers and stateless persons. Figures do not significantly differ in most developed countries either. Even in Germany, which hosts more refugees than any other developed nation, refugees account for only 0.7% of the population.

Since many cases of PRS take place in nations that have a hard time catering for their own population, let alone offering support to refugees over an extended period of time, living conditions in host-countries are often harsh. International aid does help, but is still far from eliminating all the troubles.

This is also connected to another problematic aspect of PRS: a strategy of dealing with refugees often referred to as, “warehousing.” The term describes a practice which confines refugees in camps, where they are often denied basic human rights such as freedom of movement or seeking paid work. These camps are, in many cases, set up due to a lack of other feasible options for host countries’ governments. However, this practice does not hold any long-term solutions.

As the term warehousing already suggests, it is mainly concerned with “storing” refugees somewhere, often in remote border areas. Some of these camps have existed for decades. Dadaab in Kenya, for example, was set up as a temporary measure to deal with the refugee inflow from civil war torn Somalia, 22 years ago. Originally designed for only 90,000 refugees, it has expanded to a population of around 474,000 people. With nowhere else to go, and with governments often restricting their movement, a lot of refugees have to stay within those camps for many, many years. For inhabitants of warehousing camps, becoming self-sufficient and independent from aid is nearly impossible.

Such human rights restrictions do not only negatively impact the lives ofrefugees, in many cases, it is also the host country that misses out on the potential contributions of these people to its society and economy. Apart from the UNHCR’s conclusion that refugees can be beneficial for local economies if they are allowed to actively participate in it, refugee experts Gil Loescher and James Milner also point out: “Refugees frequently have skills that are critical to future peacebuilding and development efforts, either where they are or in their countries of origin following their return home. Containing refugees in camps prevents them from contributing to regional development and state-building.”

Locking the problem away might seem like an easy short term solution. However, if safe repatriation or resettlement is not an option, approaches are needed that respect refugees’ human rights and also make full use of their human potential.

Apart from humanitarian concerns, cases of PRS can also create precarious security situations. An example from Africa illustrates this point.

When Rwandan Tutsi refugees in Uganda, many displaced since the 1960s, organized themselves and finally started a military initiative in Rwanda, a civil war broke out that lasted from 1990 to 1993. Despite a peace agreement that ended the atrocities, the war had added yet another layer to longstanding and deep rooted ethnic tension between Hutus and Tutsis. This tension erupted into the infamous Rwandan genocide, after the president’s plane was shot down in 1994. The incident served as the final catalyst for violence in which over 500,000 Tutsis and moderate Hutus were killed.

The refugee outflow that followed, further destabilized the area known as the Great Lakes Region and also contributed to the horrendous war in the Democratic Republic of the Congo. A large refugee community which feels dissatisfied and neglected, is a force that security analysts have to take into account. Moreover, tension with the local population often leads to xenophobia and can erupt into serious conflicts, especially if resources in the host country are already scarce. These conflicts further put individuals at risk. As refugees spend increasing amounts of time in their host countries, refugee policies also need to be concerned with how to properly integrate them, in order to avoid a toxic climate of dissatisfaction.

Today, cases of PRS are one of the greatest challenges resulting from long-standing conflicts and a lack of capacities in many parts of the world. Of course, the aim should ideally be to stop PRS from developing. However, if conflicts in home countries persist, they might be inevitable.

Under these circumstances, present-day refugee policies need to address human rights issues, while at the same time keeping an eye on security matters. Less developed host-countries most affected by large refugee inflows, will need more support from foreign actors to achieve these goals. This is not only necessary from a normative point of view, but also lies in the own interest of the international community.