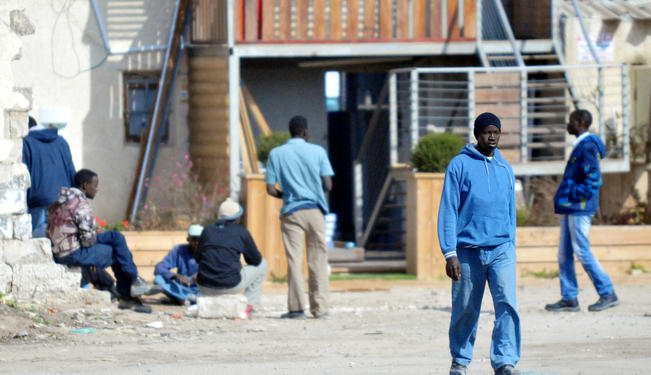 The mistreatment of African asylum seekers in Israel is a serious human rights violation.

The narrative of hostility, suspicion and aggression towards immigrants and asylum seekers is not new, nor is it unique. Reports of governmental and societal mistreatment of asylum seekers ebb in and out of the news continuously, to the extent that many stories of this nature disappear into the slipstream. So it has been with Israel’s African asylum seekers, until the recent wave of strikes and protests that caused the global media to snap to attention.

By now, the practical dynamics of the situation have been well-recounted: the numbers of asylum seekers in Israel, their countries of origin, the facts of their arrival and the Israeli government’s increasingly draconian measures to first stem, and then reverse the influx of those seeking refuge. Yet it is a less reported element of the experience of Africans in Israel that sets it apart from other apparently similar situations; namely, the violence that has been done to them by their host country in both word and deed.

The Journey to Israel

With the possible exception of the Roma, it is difficult to think of a parallel case in the Western world — and given that Israel chooses to identify itself as part of the West, that is the area with which the contrast must be made. However, this is an asymmetric comparison, as in spite of their almost uniformly-reprehensible treatment at the hands of governments across Europe, Roma communities have not fled dictatorial regimes and mass crimes against humanity, as have Israel’s African migrants.

Eritreans, the largest group of asylum seekers in Israel, have escaped an autocratic government which routinely kidnaps, tortures and executes its citizens; in prison, detainees have reported sexual abuse, beatings with metal bars, and the use of shipping containers for housing prisoners. Sudanese migrants, the second-largest asylum seeker group in Israel, have left behind a government that is widely considered to have committed genocide through both its own soldiers and the Janjaweed, a government-sponsored militia. War crimes in the country include infanticide, gang rape, and mutilation.

Furthermore, while crossing the Sinai on the way to Israel, many asylum seekers — particularly Eritreans — are kidnapped, tortured, and their families extorted for ransom money by Rashaida Bedouin.

What also makes Israel a case apart is its population’s own recent history. As reductive as arguments based on exceptionalism can be — and indeed, morally-speaking, this is an unacceptable approach — racially-driven violence in Israeli society cannot be examined in isolation from the dominant events of the 20th century.

So what do we find when we start to probe the contours of the cruelty visited on asylum seekers in Israel? A bloated and seething public discourse, fed by politicians, the media, and other members of society alike. We encounter quotations from public officials, which in most Western democracies would lead to dismissal and potentially a police investigation for incitement to racial violence. We learn of the brutal attacks that stem from such provocation. And we discern, gradually, a consistent strain of amnesia working its way through Israeli society.

Following Member of the Knesset (MK) Miri Regev’s address to the crowd, during which she called Sudanese people “a cancer in our body,” the rally’s attendees proceeded to loot shops, smash car windows and physically assault passing Africans. A bus was stopped and searched, fires were started with cries of “the people want the Africans to be burned” and — in addition to the many racist slogans that were voiced that night — one protestor chose to ensure her message would not be lost in the ether by turning up in a vest on which she had written, “Death to Sudanese.” Journalists covering the events were also attacked and aid organizations were threatened. On the morning of the riot, the Hotline for Refugees and Migrants received threats, one of which called for Sudanese to be sent to gas chambers.

These events, although marking a severe intensification of attacks on asylum seekers, were not unprecedented. A rally had also taken place the previous night, during which MKs engaged in hate speech against Africans, and attendees called for Israeli women expressing sympathy for asylum seekers to be raped.

The months preceding that had seen a political conference on migration, at which plainly racist views were aired by Israeli politicians, along with a night of coordinated firebomb and arson attacks against the African community in south Tel Aviv. Throughout this period, the public dialogue surrounding asylum seekers in Israel was characterized by dehumanization, incitement and outward prejudice that has not yet relented. Sporadic rallies have also continued, featuring the now-customary racist demagoguery, calls for the rape of leftist Israeli women, and — when Africans pass by — monkey noises from protestors.

Although the far-right Otzma LeYisrael (Strong Israel) party has led the line on anti-African agitation — one of their primary platforms was the expulsion of all asylum seekers — racism has emerged from center-right and even “moderate” political parties, including those currently in power.

None of this is empty rhetoric. State persecution has culminated in recent legislation mandating the indefinite detention of asylum seekers in the new “Holot” desert prison camp. In practice, this policy has been implemented via violent arrests, unannounced round-ups, and cynical entrapment by Israel’s Ministry of Interior (MOI).

Indeed, state persecution of African asylum seekers has matched aggression in the street, and Israel’s treatment of them — including torture victims — has been publicly condemned. (These condemnations have been rejected by the government.)

In a final insult, the MOI — in an apparent historical blackout — recently summoned over 150 asylum seekers to trial by presenting the court with a list of identity numbers.

Meanwhile, calls for the extermination of Africans in Israel continue on social media, with gassing among the suggested methods. Of the many miracles that Israel claims to have worked in its young life, the transformation of amnesia into a weapon against the dispossessed must surely rank among the most audacious.

As with any appalling abuses that defy description and deny logic, we are left with a question which is both the most compelling and the hardest to answer — for in attempting to answer it, we risk lapsing into justification, a transgression that must be rigorously guarded against. Yet it must be asked: How does violence so gratuitous and indecent come about?

“Violence… is man recreating himself,” wrote Jean-Paul Sartre in his introduction to Frantz Fanon’s classic postcolonial work, The Wretched of the Earth. While Sartre was referring specifically to the intensity of action needed in order to break from the stranglehold of colonialism into the throes of revolution, his words have a wider application.

In remaking himself, in forging a new identity, man is embracing the possibility that he can decouple himself from his past. So it is that the State of Israel — which was conceived in response to violence, born amidst violence, grew up submerged by and continues to live in the same — can be unmistakably perceived as a nation recreating itself. Israeli society is possessed of a dread memory, while being simultaneously militarized and terrified even if the terror is not visible, for braggadocio in the face of existential anxiety is part of the national character.

Consequently, Israel is uniquely prone to excesses of force, for it has a recent past that foments panic as well as the resources with which to swing at it wildly. In short, Israeli society is brutalized, and is therefore liable to brutalize in return. Furthermore, it belongs to a culture that prizes insularity, and thus insulates itself by design. As a nation-state, Israel remains in development, trying to define itself while in the grip of a volatile combination of fear and isolationism, and in a perpetual state of being at war or on the brink thereof.

Small wonder, then, that unknown quantities — no matter how little threat they pose — are susceptible to such disproportionate aggression when they debut into Israeli society; in this case, African migrants.

In praxis, Israel’s government is inflicting indefensible human rights violations on a vulnerable group within its borders, as well as directly and indirectly encouraging the atrocious abuse of that group by significant numbers of Israelis. Moral abasement aside, these circumstances also provoke wider questions about Israel’s sociopolitical stability.

As Hannah Arendt posited in her book, On Violence: “[P]ower and violence are opposites; where the one rules absolutely, the other is absent. Violence appears where power is in jeopardy, but left to its own course it ends in power’s disappearance.”

If we are to avoid cruelty’s eternal recurrence, we must recover our memory and abandon violence, blind or otherwise. It is the only permanent way out of this situation, for all concerned.

*[Note: All incidents discussed in this article have been documented by David Sheen, an independent journalist and film-maker from Toronto, Canada, who now lives in Dimona, Israel. Further incidents and background information are also documented on his website.]