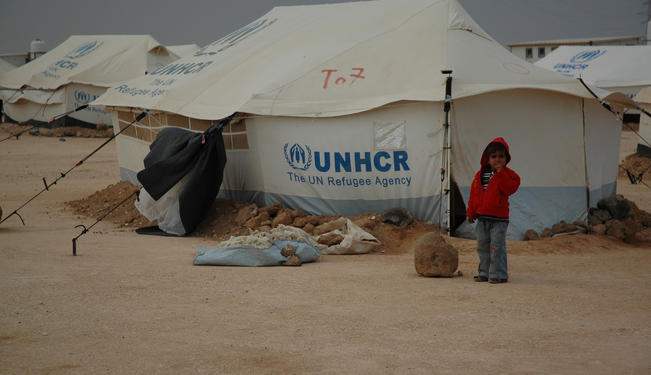 It is important to understand the impact of Syrian refugees on Jordan.

Jordan hosts the largest Palestinian refugee population in the world. It has also been a popular choice of destination for Iraqi refugees. The most recent influx are Syrians due to the civil war that started in 2011.

Little is known about the perception that Jordanian East Bankers and Palestinians, with varying citizenship statuses, have over the Syrian influence on employment opportunities in Jordan.

Using a case study conducted by the author on Palestinians in Jerash, Jordan, this two-part article looks at the different perceptions of Jordanians and Palestinians, focusing on access to employment in the private sector following the recent influx of Syrians. More specifically, partly based on this author’s primary research, the focus is on the Syrian refugee population residing within host communities in Jordan.

The case study involves a total of 70 semi-structured qualitative interviews; of the 70 interviews, nine are with policymakers and 12 with service providers. Moreover, 49 interviews are carried out with Jordanian East Bankers and Palestinians residing in Jerash who are either employed, unemployed or own businesses.

Jerash is around 48 kilometers north of Amman and ranks as the sixth largest governorate in the country. With an estimated population of 192,000 by the end of 2012, it is home to the Palestinian refugee camps of Gaza and Souf.

Jordan has been a safe haven for many large influxes of forced migrants. In fact, it is ranked first worldwide when looking at refugee-total population ratio. Compared to other countries it hosts the largest number of Palestinians worldwide, as they constitute between 30-50% of the population depending on the source. Although most Palestinians in Jordan have Jordanian citizenship and are entitled to equal employment rights to those of other citizens, there have been reports of discrimination, particularly in the public sphere.

The most recent influx of forced migrants in Jordan took place following the start of the Syrian conflict in March 2011. According to latest figures from the United Nations High Commission for Refugees (UNHCR), the number of Syrian refugees in Jordan reached 578,717 in December 2013. By the end of 2014, this figure is expected to reach up to 800,000.

Jordan has not granted Syrians “refugee status” as it is not a signatory of international refugee laws. Consequently, their rights are not protected as refugees and only after registering with the UNHCR are Syrians entitled to benefits from humanitarian aid organizations and the state.

The registration process with the UNHCR is slow and many Syrians have found shelter with relatives or families without entering this laborious process. Others do not register with the UNHCR because they fear being labeled or caught as being opponents of the Syrian regime when returning to Syria. In fact, 80% of Syrians who fled to Jordan have been living within the host community.

Syrian refugees who entered Jordan through official border points receive entry permits without permission to work. Many Syrians residing outside the official refugee camps face a difficult situation. Due to their large numbers and the limited resources of the UNHCR, many refugees are not covered by the UN agency’s assistance.

Although Jordan is not a signatory to any international refugee laws, it is expected by the international community to adhere to their fundamental principles, as the country is heavily reliant on international aid.

Moreover, several ratified international human rights instruments to which Jordan is accountable can offer protection to refugees. These include the International Covenant on Economic, Social and Cultural Rights (ICESCR) and the International Convention on the Elimination of All Forms of Racial Discrimination (ICERD).

On a national level, Jordan does not have any laws that address the status of refugees in the country. However, a memorandum of understanding (MoU) was signed with the UNHCR in 1997 and 2003, giving the agency the responsibility of issuing requests for asylum and identifying their status.

As is the case with Iraqis who fled to Jordan following the Gulf War between 1990 and 1991, Syrians are regarded as “guests,” a classification which has no legal ratification.

The long-lasting presence of Syrians in Jordan is likely to put a strain on the country’s limited assets and resources, as well as its hosting capacities, causing greater suffering for the “hosts” and their “guests.”

It is very difficult for refugees to get work permits as they face many hurdles. Work permits are only provided to non-Jordanians with annually renewable residency permits. Refugees are also required to place security deposits in banks to obtain these work permits; the only bank in Jordan that allows Syrians to open accounts is the Jordan Kuwaiti Bank, further complicating their situation.

Moreover, work permits require identity documents, which some refugees may not have. Permits are also only issued after employers cover a specific required payment.

These complicated and costly requirements are difficult for refugees to achieve and not attractive for employers. Some professions, such as teaching, medical and government positions, are also closed to non-Jordanians, requiring employers to justify hiring a non-Jordanian.

Consequently, it is very difficult for Syrian refugees to find work legally, while informal employment barely covers their needs. Often, the most vulnerable have exhausted their limited resources even before reaching Jordan, making them entirely reliant on emergency assistance, which can only be obtained when registering with the UNHCR.

Because of the difficulty of finding a job and making ends meet, some families send their children to work, as they are less likely to be stopped by the police. Others marry off their daughters at an early age to reduce the burden on their families.

The largest foreign workforce in Jordan are Egyptians with up to 400,000 workers, of whom 220,000 do not have proper work permits. Although there are no official estimates of the number of working Syrians in Jordan, it is believed that around 160,000 of them work illegally in the country.

According to the Jordanian Ministry of Labor (MoL), the number of Syrians working illegally in Jordan has reached dangerously high levels, to the extent that they are obstructing the ministry’s strategy in addressing unemployment among young Jordanians.

Article 12 of Jordanian Labor Law states that employers shall be punished by a fine of not less than 100 Jordanian dinars ($140) and not exceeding 150 Jordanian dinars ($210) for each month or part of a month of employing a non-Jordanian worker in violation of the provisions of this law.

The article also states that any illegal foreign worker will be expelled from Jordan at the expense of the employer, and will be prohibited from entering the country for three years.

In November 2013, Jordan made the decision to deport 5,723 illegal workers in an effort to regulate the labor market and give priority to unemployed Jordanians. This, however, goes against the principle of non-refoulement, which is enshrined in Article 28 of the Arab Charter on Human Rights.

Living without regular income, it is more difficult for refugees to cover their basic needs and they are at greater risk of exploitation. They are likely to depend on unstable sources of income such as remittances and cash assistance from humanitarian agencies.

High unemployment rates, state laws, and a large unemployed youth population in Jordan have restricted refugee penetration into the country’s labor market. As a result, many are forced to work in the informal sector, where they are underpaid, overworked and often compromised by poor working environments.

The informal sector is also a popular area of employment for Gazans and Egyptians in Jordan. These two groups are forbidden to work in the public sector as well as in specializations and industries in the private sector that are only open to Jordanian citizens. In Jerash, a lot of Gazan families rely on seasonal farming to earn a living. Since the war in Syria began, Syrians have been competing with Gazans and Egyptians in the informal sector to further challenge access to employment.