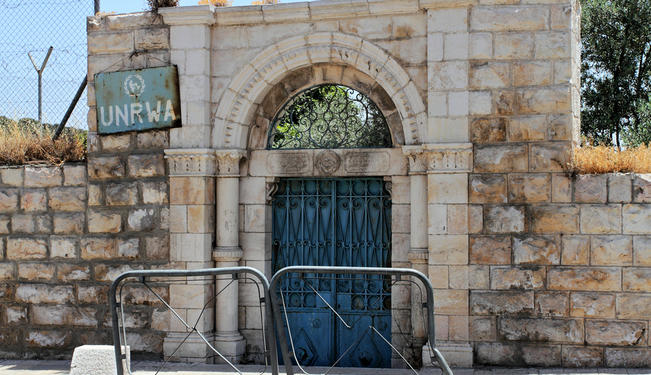 Social and economic gains of Palestinian refugees have changed due to the Syrian conflict. This is the first of a two part series.

One of the most potent discourses used to describe events in Syria has been that of social disintegration or fragmentation. The diverse tapestry of ethnic, religious, and national identities that characterized Syrian society is unraveling into sectarian strife and will be difficult to reconstitute in a post-conflict environment.

Of course, such a discourse should not elide more complex and nuanced forms of social identification and association, and reduce the conflict to a war between irreconcilable factions. Nevertheless, the conflict has produced unique consequences for various social groups in Syria related to their particular social, economic and political positions in pre-conflict Syrian society. Such is the case for the approximately 500,000 Palestinian refugees in Syria.

Up until 2011, the Palestinian refugees of Syria (PRS) enjoyed the highest level of socioeconomic integration of any Palestinian refugee community outside of Jordan. They had achieved a high level of performance on a range of socioeconomic indicators, including favorable living conditions and expansive opportunities in the domestic job market. Moreover, the early legal integration of the PRS, in combination with the regime’s attempted cooptation of the Palestinian nationalist movement, afforded the PRS a distinct social and political role in Syria, in addition to their relative economic success.

However, the violence that has engulfed Syria since the advent of the Arab Uprisings has dramatically altered the position of the country’s Palestinians and demonstrates their acute vulnerability. Like most Syrians, the PRS have found much of their social and economic gains reversed as a result of the conflict. Their status as refugees, however, will present unique challenges for the Palestinian refugees in Syria that will undermine their position and reintegration in a post-conflict Syria.

The broad national conditions that once facilitated their robust socioeconomic integration into Syrian society have all but evaporated. The deterioration of the Syrian economy and the increasingly polarized social and political climate, will likely preclude the possibility that the PRS will be reintegrated into Syrian society at pre-conflict levels.

The Legal and Socio-Economic Status of Palestinian Refugees

Following the establishment of the State of Israel in 1948, approximately 800,000 Palestinians were forced to flee historic Palestine and seek refuge in neighboring Arab countries. These host states each adopted a distinctive set of policies relating to their refugee communities, resulting in disparate legal statuses and levels of socio-economic integration for Palestinian refugees in their various countries of residence. The starkest contrast was between Jordan and Lebanon.

Beginning in 1949, the Jordanian government began issuing full citizenship to all Palestinians resident in its territories, resulting in a high level of refugee integration into the domestic and regional job market and Palestinians’ active participation in the Jordanian political arena.

In contrast, in Lebanon, Palestinians were regarded as foreigners and barred from participation in numerous sectors of the economy, denied social services available to Lebanese citizens, and excluded from the political process. Scholars have observed that these legal barriers were deliberately instituted to “[prevent] the socioeconomic absorption of the Palestinian refugees, lest any major improvements in their living conditions ‘lead to resettling the Palestinian refugees and their eventual assimilation.’”

The case of Syria represents a middle ground between the full legal protections afforded by Jordan and the near-total marginalization in Lebanon. While the PRS were never issued full citizenship, the Syrian government undertook numerous measures shortly after the arrival of the refugee population to facilitate its legal and socioeconomic integration. These measures, in combination with favorable economic and demographic conditions in Syria at the time, laid the foundation for a high degree of refugee socioeconomic integration into Syrian society over the long-term.

Following the events of 1948, an estimated 90,000 to 100,000 Palestinian refugees arrived in Syria. There, they received significantly better treatment than their compatriots who fled to other Middle Eastern countries.

In January 1949, the Syrian government established the Palestine Arab Refugee Institution (PARI), a state organ responsible for administering refugee affairs, including emergency relief, employment assistance, and processing external contributions for refugees. Following the establishment of this relief apparatus, the government began to expand numerous civil rights to its newly arrived constituency, culminating in the issuance of Law no. 260 in 1956, which stated:

“Palestinians residing in Syria… are to be considered as originally Syrian in all things covered by the law and legally valid regulations connected with the right to employment, commerce, and national service, while preserving their original nationality.”

This unusually hospitable reception of Palestinian refugees may be attributable to the favorable economic conditions prevalent in Syria at the time. The total number of Palestinians arriving in Syria in 1948 constituted only a minute percentage of the country’s total population, and thus did not represent a substantial threat to its socioeconomic balance. To the contrary, the Syrian economy was able to easily accommodate the vast majority of refugees. Most were peasant farmers who were able to find work in Syrian agriculture, while an educated minority found work in specialized fields such as teaching and nursing.

A number of social factors also converged to further incorporate Palestinian refugees into Syrian society, which in turn “discourage[d] the emergence of strong indigenous institutional expressions of a separate Palestinian national identity.” To begin, some of the strongest transnational mechanisms for organizing the Palestinian diaspora, namely Palestinian trade unions, were significantly marginalized in Syria due to the high degree of economic integration and legal parity of Palestinian refugees.

Palestinians were not only employed across all sectors of the economy, but were permitted full membership in Syrian trade unions, where they participated not only as general members, but as high ranking officials, including presidents and vice presidents of high profile union branches. While Palestinian trade unions did come to Syria in the 1960s, the prominence of Syrian unions connected to the ruling Ba’ath party, and Palestinian workers’ successful integration into them, rendered their activities marginal and their influence minimal.

Palestinian refugees also benefited from expansive social services provided to them by the government, on par with services provided to Syrian citizens. The Syrian regime established nurseries and kindergartens to ease the burden on Palestinian women who often worked outside the home. Most Palestinian children were educated in government secondary schools. Although such services were not administered directly at refugee camps, they were readily accessible to most Palestinians; the majority of whom were able to move outside of the camps as their economic and social fortunes climbed.

This early legal and economic integration of Syria’s Palestinian refugees formed the basis for further socioeconomic advances in the proceeding decades, and established the refugee community as a legitimate, productive component of Syrian society.

“Since the majority of refugees reside in urban centers, their socio-economic and other characteristics are extensively shared with other urban populations. The poorest and most underprivileged Palestinian refugees are predominately found in rural settings, where they tend to share the living conditions of Syrian nationals living in similar surroundings.”

Other indicators of refugee integration include the fact that the vast majority of Palestinian refugees requiring medical care, consult private or government facilities as opposed to UNRWA clinics. Also, the pass rate of refugee children on state educational exams is actually higher than the national average.

*[Note: Read the final part on September 18. This article was originally published by Jadaliyya.]