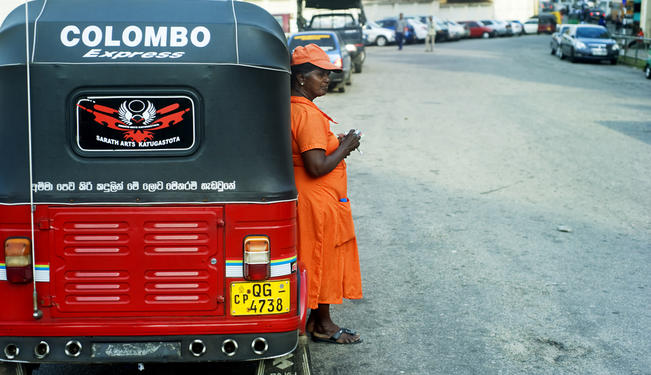 In a previous piece for Fair Observer, I wrote about the plight of internally displaced persons (IDPs) who were victims of the Sri Lankan conflict at the hands of the LTTE, and who still remain without much hope of any viable solution today.

These victims, who have languished in camps for the last 23 years, have barely elicited a response except at election time when they become pawns of politicians. Recently, the politicisation and the ethnicisation of this agenda have pitted a Muslim politician against a Tamil religious leader in terms of who gets priority for resettlement — and effectively the bigger share of the resettlement pie. This development does not bode well for relations between the two communities.

Worse still is the hypocrisy of many human rights organisations and Tamil Diaspora groups, who neglect to mention these particular IDPs as they have vociferously campaigned for the rights of the displaced Tamil people affected by the end of the war.

However, recently, the plight of IDPs has been recognised in a few ways. Firstly, the recent admissions over the last few months by Tamil politicians of the ethnic cleansing that took place in 1990, shows the beginning of a process of healing and recognition for this group of people. The second issue concerns a report issued by the Commission of Inquiry for Lessons Learnt and Reconciliation (LLRC), set up by the Sri Lankan government in the wake of international condemnation over the end of the conflict and post-conflict reconciliation.

In its 407 page report, one chapter is dedicated to the issue of resettlement. Within this, the displaced Muslim community from the north warrants special reference.

The report also highlights some of the challenges faced in terms of once again resettling these displaced people in their places of origin. These challenges range from political will and financial obstacles, to the will of the people to actually move.

One of the biggest challenges appears to be uncertainty in the actual process of physical resettlement and reconstruction. There seems to be a grey area in terms of which entity is actually doing the resettling and reconstruction. Once the purview of international humanitarian agencies and international donors, it now appears that this is no longer a priority as many agencies and donors are now winding down operations in the country — citing lack of priority or challenges in working with the Sri Lankan government.

It seems that the government is also keen on keeping its cards close to its chest, which could be interpreted as either a lack of political will or based on an already negative perception and poor confidence in the NGO community;  a lack of willingness to engage with them. The most common excuse has been that they want to “avoid the same mistakes post-tsunami”. This is a reference to the influx of agencies into the country post-tsunami that largely worked unregulated and without much accountability; such that questions are still being asked today about the amount of money that flowed into the country versus what was done in the post-tsunami venture.

Evidence of the lack of confidence in NGOs is present with the government; the private sector and now the military is being engaged in post conflict reconstruction and welfare in parts of the north and east of Sri Lanka.

Somewhere between these two arguments is probably the truth, as is often the case in scenarios of past experience. In addition to this is the fact that, despite the publication of the LLRC, it appears that the government has been reluctant to move forward on some of the key issues — especially on a comprehensive plan for resettlement. This reluctance has now been made worse by the fact that the Government of Sri Lanka has now withdrawn from public domain the LLRC report citing “completion of work”, according to a Twitter Q&A session conducted with the president, yesterday. This confirms fears that the LLRC will now rest in the annals of Sri Lankan history and disappear from any practical implementation, as has been evidenced by the lack of mention in any public space by representatives of the government

However, if we are to be truly honest, it would be very surprising if anything detailed has been drawn up because the task is huge and should not be underestimated. The issue is not confined to resettling the estimated 300,000 people who were displaced as a result of the end of the conflict. The issue is potentially resettling people from south India, as well as people who have been displaced over the last 20 years.

With large sections of the Muslim community, who were displaced from Jaffna and the north in 1990 by the LTTE, there are now new challenges that will need to be understood before these people go back. For most of the people who have been living in welfare camps for the last 20 years, they will not want to go back to the north and stay in camps there. Most of them want fully developed houses, schools, roads and other infrastructure before they move back. In short, they want new towns and livelihoods.

We are now talking about two or three generations as families have expanded. Where there was one family and one house, you now have three families and three houses.  The other issue concerns the generation that grew up in welfare camps with only a tacit knowledge of the north. Many of them have expressed a desire not to move back — as have many of those who were initially displaced. Hence, there will need to be resettlement plans made in areas where people are already residing.

The mental challenges, however, outweigh the physical challenges. How will the Muslims and Tamils be able to reconcile after being separate for 20 years? If one goes to Jaffna today, there are only remnants of the Muslim presence there; many of the houses that were occupied by Muslims have been taken over by Tamils. Already, a plan initiated by the Indian government to re-house displaced Tamils in the north has come under criticism for not including Muslims in its quota.

One of my friends who is a priest in Jaffna remarked candidly to me: “Before the Tamils reconcile with the Muslims, we have to reconcile between ourselves. We will have to also reconcile why we allowed the Muslims to be kicked out in the first place.”

There is much truth to this statement. Jaffna is testimony to the challenge of reconstruction and reconciliation. Despite being in government controlled hands for at least a decade, it still bears the hallmarks of a town very much recovering from the conflict. The internal rivalry between Tamil political groups is as serious as the need to reconcile between communities. There will need to be a supreme effort from all sides in order for this to happen.

The real test for Sri Lanka and all its citizens (regardless of their affiliation) will be the planned and complete rehabilitation and reconstruction of the war affected areas and its people.