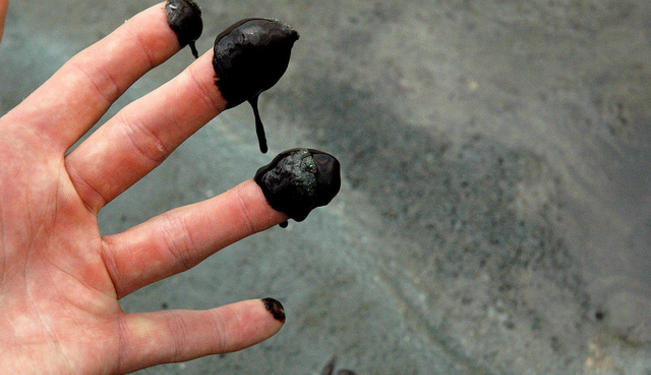 The Great game of the 21st Century is being played out in West Asia. This time around, it’s about the control of Iran’s vast energy resources.

The United States’s war in Iraq is over but it has ended in a fiasco. Iraq is unstable and Iran is emerging as the strongest force in the region. However, some believe that Washington has accomplished its mission in Iraq: the US and its allies have managed to regain control over the oil business in the country, which threatened to slip out of their control in 2002. Today, despite the West’s dubious success in Libya and Egypt, and the uncertainties in Syria, Iran remains a prime target for the US and its friends.

Iraq was accused of possessing (non-existent) weapons of mass destruction; in Iran’s case, the target is Tehran’s nuclear weapons programme. The US’s logic is that since Iran is rich in energy resources, it has no reason to produce nuclear energy, which they see as the first step towards achieving Tehran’s final goal of becoming a nuclear State. Iran’s attitude has been ambivalent. Tehran dared to move out of its dependency on the dollar for its energy revenue when it faced sanctions. Since the US and its allies were keen on preventing this, they unleashed a combination of war games, mind games and spy games against Iran. What is unfolding in the region now is a 21st century version of the Great Game. And the targets are oil and gas resources of Iran.

In the media, experts often discuss how Israel, surrounded by hostile nations, is determined to prevent any State from acquiring nuclear weapons and how it might strike Iran. The list of targets in Iran includes nuclear facilities at Isfahan, Natanz, and Arak. They also discuss the possible routes the attackers could take, much in the style of the Osirak attack of 1981. But many may not remember that the Mossad, the Israeli military intelligence, and the Israeli Atomic Energy Commission had opposed the Osirak attack. Even today, they are against any such attack. The decision was political then — and would have to be even so today.

However, the US is no longer leading the charge against Iran. In fact, former defense secretary Bob Gates and his successor Leon Panetta, and former senior military commanders, have opposed any Israeli strike. The US has a formidable force in the 6th Fleet patrolling the Mediterranean and the 5th Fleet operating from Bahrain. The Gulf Cooperation Council countries have bought US weapons worth $22bn in recent years and the Saudis have a deal worth $60bn pending. With so much firepower in the neighborhood and hostile Sunni-Arab neighbours, Iran has reasons to worry.

Simultaneously, there is an open discussion about Iranian reactions, which includes the possibility of a blockade of the Strait of Hormuz. Playing its own version of mind games, the Iranian National Security Committee on December 12 announced that the country would hold a military exercise on how to close the strait. A closure of the strait could push up oil prices astronomically. About 75% of the oil for Asian markets including India, China, Japan, and South Korea passes through the strait daily.

Other possible Iranian reactions could include the use of (barely concealed) proxies. Iran could use the Hezbollah and the Hamas to target Israel. Lebanon is also dependent on the Iran-trained Hezbollah, which runs its espionage system, immigration and databases, communication, and surveillance. It is the Hezbollah that regularly nabs foreign spies and cripples the Central Intelligence Agency’s security networks.

A covert war-game between Iran and the West is an old story with reports of assassinations of Iranian nuclear scientists or attempted assassination of the Saudi ambassador in Washington. The use of the “incredibly precise” Stuxnet worm or the Duqu virus to cripple Iranian systems is now being talked about. The November 12 explosion at an Iranian missile base was suspected to have been the work of the Israeli intelligence. The West seems to be working on new sanctions and an oil embargo.

Meanwhile, Iran and Syria also have their supporters. The Russians have decided to move their nuclear-armed aircraft carrier Admiral Kuznetsov to the shores of Syria along with a flotilla from the Black Sea. The Russians also have geo-strategic interests in Syria and, along with China, have watched the NATO exceed the UN mandate in Libya. Both these countries have been opposing sanctions against Syria, have even larger interests in the oil- and gas-rich Iran, and have signed strategic cooperation agreements with Tehran. Russia has been supplying high-tech military technology along with nuclear hardware and hopes to build more nuclear plants in Iran. China, with its growing energy needs, is a major investor in Iran’s energy and infrastructure sectors and has a thriving trade with the country.

It is the control of production and distribution of oil that has helped America’s military and economic rise. The gigantic oil conglomerates bankrolled its post-World War economic boom. The West endeavors to retain control of both. Oil major BP has calculated that the world consumed 13.2bn tons of oil in 2010. In the same year, oil production was only 82mn barrels a day as against the estimated 97 million barrels a day. Future predictions about increased production are not very encouraging either. Worse, the world would need a 40% increase in fossil fuel supplies by 2030 for industrial powers and for sharply increasing demands from China, India and other nations. West Asia’s multiple insecurities affect not only Israel, Iran, Saudi Arabia, and the Gulf States but also global growth which depends on uninterrupted energy supplies.

*[A version of this article originally appeared at http://soodvikram.blogspot.com/ on Dec 21, 2011]