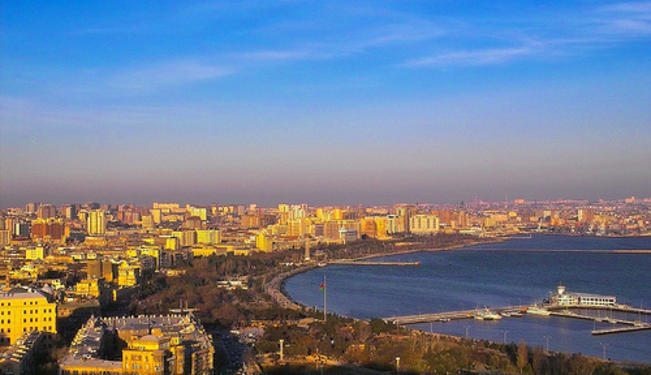 Talk of allowing its airstrips to be used in a military strike against Iran has thrust Azerbaijan into the spotlight.

A new and perhaps surprising country took center stage recently in the ongoing row over Iran’s nuclear program – Azerbaijan. Citing anonymous “high-level sources” from US diplomatic and intelligence circles, a controversial article in Foreign Policy at the end of March suggested the possibility that Israel might have proffered the use of Azerbaijani airstrips for any strikes against Iran’s nuclear facilities.

The article attracted impassioned rebuttals from officials and observers alike. But the question remains: how did Azerbaijan get sucked into the controversy over Tehran’s nuclear plans in the first place?

Azerbaijan’s relations with Israel developed in earnest 20 years ago, and have grown significantly in depth and scope ever since. With bilateral trade currently hovering around $4bn, Azerbaijan is Israel’s top trading partner among Muslim states, and the second largest source of Israel’s oil after Russia.

Conversely, Israel represents Azerbaijan’s second largest oil customer, and via the Ashkelon-Eilat Trans-Israel Pipeline, a crucial transit point for Azeri oil flowing to Asia’s growing markets. Israeli companies have also made no secret of their stake in the country’s other key, non-energy sectors, including agriculture and communications. However, it is the military-defense aspect of bilateral cooperation that has kept Iran on its toes of late.

Israel began modernizing Azerbaijan’s army after its six year, undeclared war with Armenia led to the loss of the Nagorno-Karabakh enclave and seven neighboring districts. On February 26, 2012, Baku and Tel Aviv agreed the latest in a series of arms deals, this time to the tune of $1.6bn, on the basis of which Israel Aerospace Industries would supply Heron and Searcher drones, anti-aircraft and missile defense systems over the coming months and perhaps years.

This closeness represents everything that relations between Iran and Azerbaijan ought to have been right from the start, given both nations’ deep historical ties. Azerbaijan was a Persian satrapy under the Achaemenid, the Parthian and the Sassanian empires, and the Shiite Safavids credited for laying the foundations of modern Iran were mainly ethnic Azeris, a sub-branch of the Turkic peoples. Only after Iran was twice defeated by the Russians in the 19th century was it obliged to renounce the half of the Azeri homeland located north of the river Araxes.

This disjuncture largely stems from the overwhelming secularism brought on by 71 years of Soviet rule (1920-1991) and Azerbaijan’s palpably pro-West, pan-Turkic and anti-Iranian outlook, especially under former President Abulfaz Elçibey and his Popular Front Party of Azerbaijan, a factor that prompted Iran to support Christian Armenia during the Nagorno-Karabakh war.

South of the Araxes, Tehran remains acutely sensitive to potential Azeri irredentism stoked by the existence of independent Azerbaijan, despite the fact that its own Azeris – a fifth to a quarter of all Iranians including Supreme Leader Ali Khamenei (who is half-Azeri) – are generally well integrated.

Baku has for its part accused Iran of supporting radical Shiite elements, including the now outlawed Islamic Party of Azerbaijan, as well as the Talysh ethnic minority inhabiting the border areas. Nationalist rhetoric has also sharpened with calls for the country to be rechristened “North Azerbaijan” as opposed to what some view as the “occupied” South.

Both Israel and Iran have repeatedly accused each other of using Azeri territory as a base for covert operations, and the Azeri authorities have not held back from publicly linking a number of locally arrested individuals with Iranian intelligence.

All this suggests that an Israeli “staging ground” may not be that farfetched, despite a 2005 Baku-Tehran non-aggression pact and official insistence – most recently by President Ilham Aliyev during a cabinet meeting – that Azerbaijan would never allow its territory to be used against its neighbors.

However, while Azerbaijan is eminently suited to Israeli interests, the costs of a potential Iranian backlash toward Baku are unbearable for three key reasons.

First, Azerbaijan suffers from the tyranny of proximity, with 611 kilometers of porous common border on Iran’s north-western doorstep. Geographically, Azerbaijan’s capital and much of its population and energy infrastructure are concentrated in the flatlands just beyond the Talysh mountains and Iran’s formidable but not impassable Alborz range. Baku is located less than 200 kilometers from Parsabad in Iran as the crow flies, and little more than 300 kilometers from the border along an axis suitable for the projection of ground forces.

Iran’s relatively modest naval and aerial forces could incapacitate Azerbaijan’s critical energy infrastructure – the country’s lifeline – before being neutralized. Priority targets might include various pipelines or the crucial Sangachal terminal. Indeed, the fact that the entire pipeline corridor lies underground may give Tehran greater incentive to target the terminal instead.

This makes Turkey the key transit point on the East-West energy corridor leading onwards to European markets. However, since it also heavily relies on Caspian hydrocarbon imports and earns an estimated $200mn per annum on BTC transit fees alone, Ankara has little interest in having Azerbaijan invite retaliation on its energy sector.

Moscow, the region’s preeminent power, continues to view the Caspian basin and the south Caucasus as part of its Soviet-era sphere of influence and is therefore wary of any development that might further diminish its toehold. A direct Israel-Iran faceoff would almost certainly draw the US military into the fray. But the consequences could be worse for Baku if proof of complicity leaks out. And, pipeline routing disputes aside, all five Caspian littoral states – Azerbaijan, Iran, Kazakhstan, Russia and Turkmenistan – share an obvious interest in ensuring energy stability.

Given what is at stake, Baku has been careful about pursuing an independent but “balanced foreign policy” with its neighbors. Geography, after all, is immutable, unlike long-distance alliances.

Third, Azerbaijan’s leaders have been consistently clear about their top national priority, which is the “restoration of territorial integrity.” According to the 2007 National Security Concept, Armenia’s ongoing occupation of Nagorno-Karabakh and the surrounding districts represents the “major determinant of the country’s security environment and…a key factor in the formulation of the National Security Policy.” Baku’s military buildup and defense pacts should therefore be regarded chiefly through this prism, with Iran being relevant at this level only insofar as it supports Yerevan.

Given the geopolitical constraints, frequent official references to “shared strategic interests” between Tel Aviv and Baku are in all likelihood restricted to the former’s energy security and the latter’s defense posturing vis-à-vis Armenia, even if both governments clearly benefit from containing Iran. Moreover, Baku essentially views its Israeli relations as a means of cementing patronage from the West and in particular Washington. Azeri officials have been frank about the role of the Israeli lobby in counteracting the influence of the Armenian lobby in Azerbaijan’s favor. This paid dividends when President George W. Bush eventually waived Section 907 of the 1992 Freedom Support Act, which stipulated assistance to the 15 former Soviet republics barring Azerbaijan (because of its conflict with Armenia).

While the Azeri national security concept also prizes “integration into European and Euro-Atlantic structures,” some of Baku’s positions within the Islamic world and the Organization of Islamic Cooperation (OIC) – such as recognition of a Palestinian state – and the mere absence of an embassy in Israel after twenty years of diplomatic relations corroborate this balancing act.

Above and beyond all this, though, the simple fact that a potential Israeli staging ground in Azerbaijan is no longer a secret puts this quite out of the question. The “leak” conveyed in the article may have served its purpose if, according to former US diplomat John Bolton, it was indeed “part of the [Obama] administration’s campaign against an Israeli attack.”

At the end of the day, while the Azeris can ill-afford to be part of an Israeli strike on Iran, Baku may still tolerate some degree of covert activity as long as Azeri national interests are not mortgaged as collateral. This would be of little consolation to Israeli strategists if not for parallel listening posts widely believed to exist in Iraqi Kurdistan, Turkmenistan and even elsewhere in coordination with the United States.

But more importantly, this also means that a conflict with Iran may be much less likely to spread to the strategically sensitive Caspian region. Or at least, not by way of the “northern” Azeris.

*[A version of this article was originally published by The Diplomat on May 12, 2012].