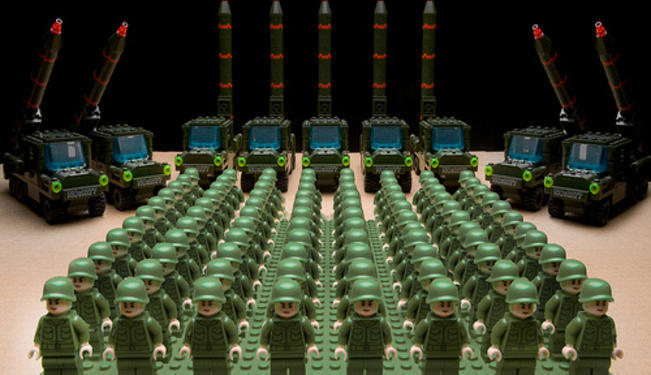 Fair Observer presents an exclusive talk by Shirin Shafaie on the facts underlying nuclear proliferation and non-proliferation in the Middle East, with a focus on Iran, the UAE and Israel.

We are now at a decisive juncture with regard to Iran’s nuclear issue and its decades-long standoff with the West. Iran and the five permanent members of the United Nations Security Council plus Germany (known as the P5+1 Group) met on April 12, 2012 in Istanbul to discuss a range of issues including Iran’s nuclear program. The majority of political analysts and official policy makers described the Istanbul talks as constructive, positive and promising. Iran and the P5+1 Group are set to return to the negotiating table on May 23, 2012, this time in Baghdad. Meanwhile, Iran and the International Atomic Energy Agency (IAEA) are holding a series of bilateral talks in Vienna that are also described by both parties as positive.

While the bulk of these talks are conducted in a technical language covering a range of detailed and complex issues pertaining to Iran’s nuclear program, there are still some underlying factors that can be discussed and explained in more straightforward terms for the benefit of the general public.

Political analyst and expert on Iran’s nuclear issue, Shirin Shafaie, provides an analysis of the underlying facts behind the issue of nuclear proliferation and non-proliferation in the Middle East. Shafaie identifies three nuclear models in the region and compares them with one another against the background of the Nuclear Non-Proliferation Treaty (NPT). She argues that the subject of nuclear technology is a politicised issue in the Middle East that is overshadowed by a mixture of double standards, hypocrisy and bullying tactics. She warns that there will always be a threat of nuclear proliferation in the region as long as the peaceful use of nuclear energy remains a politicised issue.

Watch Shafaie’s talk that was given on March 24, 2012 at a peace-building event on the occasion of the Persian New Year at Amnesty International UK in London. The talk was chaired by Professor Abbas Edalat who is the founder of the Campaign Against Sanctions and Military Intervention in Iran (CASMII).

You can also download a copy of Shafaie’s presentation below.