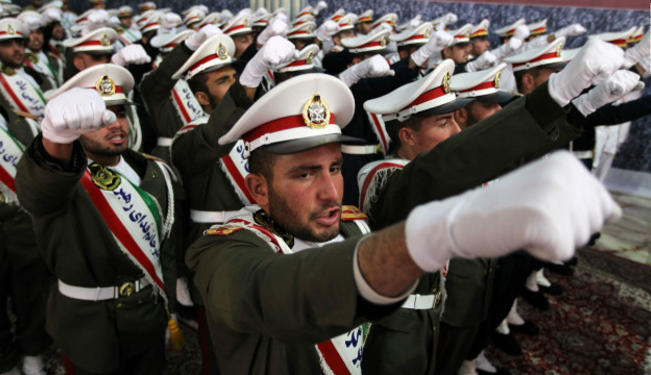 Possible alternatives and the perception of the spiral of violence discussed in Berlin by German–Iranian political scientist Ali Fathollah-Nejad and Israeli journalist and peace activist Hillel Schenker, at the invitation of the German branch of the International Physicians for the Prevention of Nuclear War (IPPNW Germany) and the Friedrich Ebert Foundation (FES). The debate on which the following text is based upon was held on April 23, 2012, at the FES before an audience of over 150 diplomats, politicians, academics, students, NGO activists and other concerned citizens.

Moderator: Does the Middle-East face an armed, nuclear conflict between Israel and Iran? In the public discussion there are only three options: military action with conventional weapons, a nuclear attack or a continuation of the sanctions policy against Iran.

Ali Fathollah-Nejad: From the beginning, the West has used coercive diplomacy against Iran. This strategy does not aim at reconciliation of interests, but at a de facto capitulation of Iran. From the Iranian perspective, there has been a security deficit, which was enforced by the neoconservative wars of the last decade through the increased military presence of the Americans in the region. Due to the fact that the West didn’t take into account Iran’s legitimate security interests, coercive diplomacy has failed. The lack of any solution to the conflict has led to a continuing escalation.

Moderator: What are the effects of the sanctions policy of the West in Iran?

Ali Fathollah-Nejad: To put it briefly, sanctions have made legal trade illegal. The situation in Iran has dramatically tightened in the last few months. Prices are rising and the currency has lost nearly half of its value. It is the population who has to pay the price of sanctions. The élite owns the resources and has ways to withstand the sanctions. Hence, the sanctions actually widen the power gap between the ruling structures on one side and the civilian economy and society on the other. As a result, civil society finds itself in a state of siege, pressured by both an authoritarian regime and by sanctions and the permanent threat of war. Overall the policy of the West in the region pushed forward a process of securitization in the country. Instead of running towards an armed conflict, the focus should be on the process of balancing interests and perspectives for security and collaboration. It is alarming that there are no clear signals for de-escalation and conflict resolution, and this is true for Germany as well.

Moderator: Which are the reactions of the Israeli population on the debate around a possible attack on Iranian nuclear facilities?

Hillel Schenker: In Israel everyone is frightened of the possibility of Iranian nuclear armament. Public opinion surveys show this. For example the Israeli population was asked how they would react in case of a nuclear armament of Iran; 25% of the questioned, answered they would possibly leave the country. Another survey shows that the majority of Israelis would be for giving up the Israeli nuclear weapons and becoming a part of a nuclear-free zone if this would prevent Iran from getting nuclear weapons.

Moderator: Is the statement from Iran that they are only interested in nuclear energy for civil use, convincing?

Ali Fathollah-Nejad: Due to its geography, its demography and its long cultural history, Iran has a particular place in the region. The country has a quasi-natural geopolitical influence. An important component of the strategic thinking in Tehran is that a nuclear bomb is counter-productive to their grand-strategic interests. If Iran went nuclear, it is probable that other states in the region, states which Iran is not friends with, like the countries of the Gulf Cooperation Council (GCC), such as Saudi Arabia, would get nuclear weapons. Such a nuclear stand-off would lead to the loss of the natural geopolitical importance of Iran.

Moderator: Which options about the Iranian nuclear program are discussed in the Israeli public?

Hillel Schenker: In the public discussion there are currently two strategies of how to deal with the Iranian nuclear program. One idea is an Israeli or American or coordinated nuclear attack against the Iranian nuclear facilities. A large amount of military experts expect that this will lead to a spiral of violence in the region with a lot of civilian victims without leading to success. Another option would be a combination of sanctions and negotiations. But there is a third: direct negotiations between the two parties on neutral ground. These negotiations should aim to create a nuclear-free zone in the Middle East. In 2010 at a NPT (Nuclear Nonproliferation Treaty) review conference, it was decided that an international conference should be held to create such a nuclear weapons-free zone. The conference will be held at the end of this year, 2012, or at the beginning of next year in Finland, with the facilitation of Finnish Under-Secretary of State Jaakko Laajava.

Moderator: How can civil society help lead this conference to success?

Hillel Schenker: From the point of view of the civil society it is essential that Israel and Iran will be attending this conference. If either does not attend, the conference will be a failure. The second point is the conference should not be a one-time event. It has to be the beginning of a process. Thirdly, all the participants have to recognize that a nuclear and mass destruction weapons-free zone and peace in the Middle East are not mutually exclusive; they depend on each other and they have to take place simultaneously.

A previous version was posted on the website of the Palestine–Israel Journal of Politics, Economics and Culture on July 25, 2012. Fathollah-Nejad’s statements were originally made in German; the present version presents an edited translation thereof.