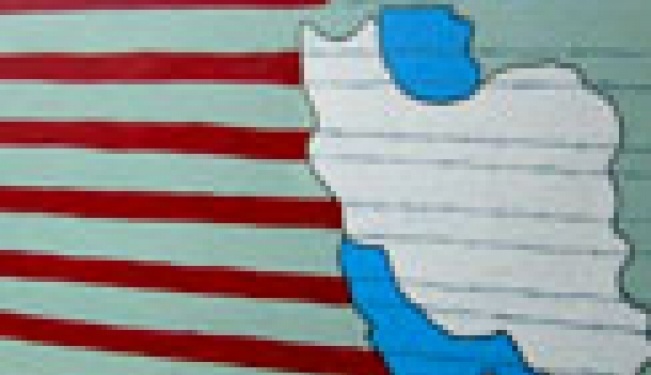 The determination to ramp up sanctions and rhetoric on Iran means Europe and the US are 'inching towards war'.

Only sixteen months after the last United Nations Security Council sanctions resolution on Iran was passed, which was supposed to "bring Iran back to the negotiating table", Washington is once again upping the ante. And Europe is not far behind. Just this week, French President Nicholas Sarkozy sent a letter to Israeli Prime Minister Benjamin Netanyahu promising close cooperation with Israel on Iran sanctions. But where is this process leading? And who is leading whom? Israel's motivations in seeking to cripple Iran through massive international sanctions – in order to prevent Iran from challenging the regional balance of power is clear. But what is causing Europe's gravitation towards imposing on Iran a sanctions regime equivalent to that placed on Iraq, after Saddam Hussein invaded Kuwait?

Clearly, the west views Tehran's refusal to freeze its nuclear work – and the continued expansion of its nuclear program – as a "provocation". Iran is defying not only Europe and the United States, but also several UN Security Council resolutions. Defiance must carry a cost – otherwise the credibility of the Security Council will be at risk, the reasoning goes. But the sanctions strategy must have a stronger basis than just the urge for punishment. American officials explain that the aim is to weaken the hand of Tehran and ensure negotiations where the west has the upper-hand. But there are several factors that put under question the ability of the west to translate sanctions success into negotiation strength. And that, in turn, puts under question the wisdom of the strategy as a whole.

First, for the better part of the past 25 years, Washington has imposed sanctions not because the political establishment has been convinced of the utility of this approach, but because of the strength of the domestic political forces pushing for punitive measures. This strength has created a domestic political landscape in the US, where sanctions carry the lowest political risk. Consequently, supporting sanctions is politically the easy thing to do. Supporting diplomacy, in comparison, carries significant domestic political risk and yields – and, even, if successful – limited political benefit. It simply takes far more political courage, will and capital to pursue negotiations with Tehran than to impose sanctions on the Iranians. The same problem exists in Tehran. While political convenience has pushed American decision-makers to impose new sanctions on Iran on an almost yearly basis, the political courage to turn the existing sanctions into a negotiation benefit has been severely lacking. There is no reason to believe that the political environment that has brought about this relationship is likely to change in the short to medium term.

Second, for sanctions to work, the targeted country must not only be convinced of the sanctioning countries' determination to sustain their pressure policy, but also of their ability to swiftly undo the restrictions in the case of a negotiated settlement. While the past two and a half decades of escalating sanctions has, surely, convinced Tehran that the west does not lack determination – the ruling elite, in Iran, have far greater question marks regarding Washington's ability to lift sanctions. During the decade and more that I have followed events in Congress, I have seen countless sanctions imposed on Iran and other countries. Yet, during this same period, there are less than a handful of cases of restrictions being lifted – even when the sanctioned country has succumbed to all of the demands of the US. For instance, in the case of Iraq, UN and US sanctions were not fully lifted until late 2010 – a full seven years after the fall of Saddam Hussein and President George W. Bush's infamous declaration of "mission accomplished". Even with a new elected government being formed in Iraq, sanctions were not automatically lifted. The same was true in the case of Libya. Even after full capitulation of the Gaddafi regime and complete dismantlement of its nuclear program, it took another several years before all sanctions were lifted.

Part of the reason for this delay is because the US sanctions have tended to be imposed by Congress and not the executive branch. Such sanctions can only be lifted by Congress itself, yet it is the executive branch of the US government that negotiates and strikes deals with foreign governments. In the case of Iran, the Congress has often imposed sanctions on top of executive branch diktats precisely to deprive the US President of the ability to lift sanctions in any potential negotiation with Iran. In contrast, European sanctions on Iran all go through the executive branches – they can be lifted just as easily as they were imposed without any interference by the national legislatures. With little to no confidence that America can lift sanctions, the Iranians have no incentives to heed to the pressure from the west. After all, they do not believe that concessions will cause the pressure to ease – due to Washington's difficulty in lifting sanctions. With the sanctions strategy driven largely by domestic political demands with no clear political room for shifting gears towards sustained diplomacy, and with Washington lacking the ability to lift sanctions in a timely manner in case of a negotiated settlement – the very logic of the dual-track policy, the idea that sanctions will be used to strengthen the west's negotiating position, is defeated.

Instead, what is left is a sanctions-only strategy where pressure increasingly is imposed for the sake of pressure. The line between the means and the end has been blurred. Such a policy is not likely to lead to a peaceful resolution that prevents Iran from obtaining nuclear weapons, but rather an escalated conflict where the use of diplomacy is further marginalized. Rather than leaping towards peace, we are inching towards war. That Washington and Tehran have ended up in this deadlock is, perhaps, not surprising. The US-Iran enmity has a strong emotional and psychological dimension that has rendered clear thinking more difficult on both sides. Just why the European Union, however, whose relations with Tehran have not been marred by mutual humiliation, has discarded independent thinking on this issue is less clear.

*[This article was originally published by Public Service Europe]