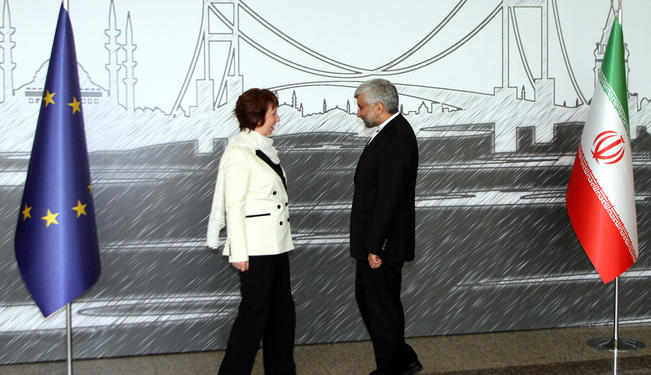 Arshin Adib-Moghaddam, Reader in Comparative Politics and International Relations at the School of Oriental and African Studies, speaks to Kourosh Ziabari about the cancellation of the Helsinki conference on a nuclear-free Middle East and the impacts it may have on the US public image.

It was reported on November 23 that the Helsinki conference on a nuclear-free Middle East was cancelled after the United States announced that it would not attend. Some political commentators believe that the US distanced itself from the summit after Iran said that it would participate, while it was quite clear that Iran would raise the issue of Israel’s undeclared, uninspected nuclear arsenal of about 200 – 400 atomic warheads. Israel’s nuclear program is America’s redline and it would be a nightmare for Washington to see Tel Aviv’s nuclear stockpiles open to the scrutiny and inspection of the UN atomic watchdog.

In order to explore the possible reasons why the Helsinki conference was cancelled and the impacts it might have on the US public image, and the sincerity of its claims regarding the global nuclear disarmament, Iran Review conducted a brief interview with Dr. Arshin Adib-Moghaddam, Reader in Comparative Politics and International Relations at the University of London’s School of Oriental and African Studies (SOAS) and the chair of the Centre for Iranian Studies at SOAS.

The interview took place just before the UN General Assembly voted unanimously in favor of a resolution calling on Israel to open its nuclear facilities to international inspectors. Israel defiantly rebuffed the overwhelming vote of 174 nations and rejected nuclear transparency, and called the 174 nations an “automatic majority” that always votes in favor of anti-Israeli resolutions. However, it’s becoming gradually clear that Israel should sooner or later yield to the pressures of the international community, and even its European allies, and put an end to its policy of “deliberate ambiguity” with regards to its underground nuclear program.

Kourosh Ziabari: As you know, there were reports in recent days that the Helsinki conference on a nuclear-free Middle East has been called off since the United States announced that it will not attend the meeting. What’s your evaluation of these reports? Why has the United States refused to take part? Can we say that the United States made this decision for fear of the possible negative implications that such a meeting could have for Israel, or was it Iran’s participation in the conference that dissuaded the United States?

Arshin Adib-Moghaddam: Officially, the US State Department blamed “current conditions in the Middle East.” That was a cop out of course. The Obama administration was aware that the conference could have initiated a diplomatic process that could have put Israel’s nuclear arsenal under scrutiny. The Iran factor is important as well. The conference would have been an opportunity for Iran to confront Israel and the United States on their nuclear hypocrisy. Moreover, the European Union had a profound interest and stake in the conference. The fact that the EU could not prevent the cancellation indicates the self-inflicted inability of Europe to lead on matters of global importance.

Ziabari: The fact that the conference will not be held because of the absence of the United States will certainly damage Washington’s public image, especially among the Middle East nations. The long-time postponement of a conference on the nuclear-free Middle East, especially if it’s not held before the NPT preparatory committee slated for May 2013, will also undermine the very nature of this conference, its relevance and significance. What policy should the United States adopt toward the future of this conference, and the nuclear-free Middle East in general?

Adib-Moghaddam: I don’t think the cancellation will have profound implications for the image of the United States in West Asia and North Africa. All countries of the area know about the strategic alliance between Israel and the US, and this decision must be seen within that context as indicated. Things are changing though, both within the United States and Israel and these changes already had implications for foreign policy. Israel is by far more tamed in its military adventures than it used to be, and under more duress diplomatically. In the United States, leading figures have questioned the rationality of a "yay-saying", almost submissive attitude towards the Israeli state and the country’s violations of norms and regulations. In the long term, decision-makers in both countries will come to terms with a multipolar world order where powers such as China, Russia, the European Union, India, Brazil and/or Iran will not be coerced into conceding their national interests. At that stage in a not so distant future, the US is well advised to spearhead the spectre of a nuclear free zone in West Asia and North Africa, not at least in order to contribute to its own security. In an age of globalised violence and insecurity, militaristic solutions to global problems are ill-suited, remnants of a bygone era.

Ziabari: Many world countries, such as Iran, Egypt and the Non-Aligned Movement member states have advocated the idea of a nuclear-free Middle East. Do you think that it’s only Israel’s nuclear arsenal that makes the most important impediment to the realization of this idea, or is it essentially too much idealistic and impractical?

Adib-Moghaddam: Israel is the major problem and everyone knows that, despite a misplaced political correctness that decrees silence on criticism of the Israeli state. And here I don’t condone the hysterical cacophony about Israel in some Arab and Iranian media but constructive criticism that appreciates the complexity of the situation on the ground and the international context. As for the NPT and the whole legal structure of the international system: it has been dysfunctional for quite some time now and too easily manipulated by great powers. Take the NPT: in theory it is built around three pillars: non-proliferation, disarmament and the right to peacefully use nuclear technology. None of these pillars are pursued in earnest. The way the United States and its allies have handled the Iranian case — essentially hijacking the NPT in order to sanction and punish Iran for the country's contrarian foreign policies — has seriously undermined the legal regime concerning nuclear proliferation. Allow me to add that it is not the purpose of civil society and intellectuals to be pragmatic realists when they write and speak about war and peace. If idealism means working toward a better tomorrow and a global security architecture that delivers peace, then maybe we should all dream more. After all, if enough people share that dream, peace would be reality and war would be deemed idealistic and entirely impracticable. If world peace is an idealistic dream, I would happily die a dreamer.

*[A version of this article was originally published by the Iran Review].