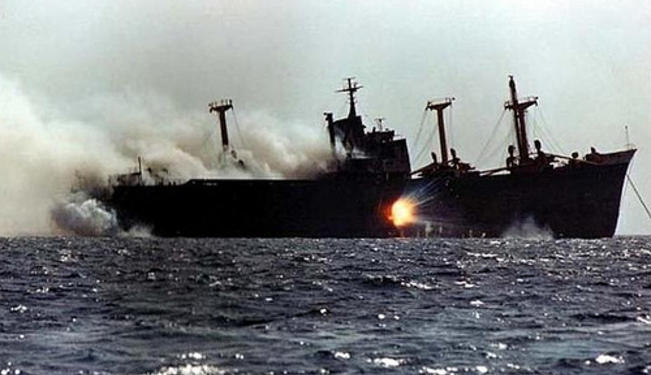 Will an attack by the US and/or Israel really weaken Iran?

This article seeks to contribute to and inform the debate concerning a possible attack by the United States and/or Israel on Iranian nuclear and military facilities. The presumed aim of such an attack would be to weaken the Islamic Republic, particularly by hindering its ability to build a nuclear weapon. However, the history of the Iraqi invasion of Iran in 1980 calls into question the contention that an attack will weaken the regime in Tehran. Iran’s reactions to the Iraqi invasion will be examined in order to shed light on its possible reactions to a US or Israeli attack. Responses by the Iranian people to the Iraqi invasion and the implications on Iranian politics will also be assessed.

The subjects mentioned here are only a small part of the factors that must be addressed when considering a policy towards Iran that includes a military option. The ramifications of such an attack will be immense and unpredictable. It is therefore critical that we examine Iranian responses to the Iraqi invasion in order to draw whatever lessons we can and to understand the implications of a future attack. Furthermore, Iran’s security policies, and its policy outlook more generally, have been shaped enormously by the country’s experience in the Iran-Iraq War. As the Iranians themselves continuously point to the lessons of the war and their bearing on the present day, it behoovespolicymakers to follow suit.

The Iranian Revolution of 1978-79 was a movement of several different groups that were united most strongly in their opposition to the regime of Muhammad Reza Shah. Following the ouster of the Shah in February 1979, the union of those groups began to break down. Though many of the Iranians who had participated in the revolution supported the establishment of the Islamic Republic, most did not fight for the sort of absolute power that Ayatollah Khomeini and his allies were eventually able to yield. Additionally, there was little consensus among Iranians on the nature and policies of the new Islamic Republic and the scope of religious leadership, which led to a degree of disillusionment with the revolution and the new regime.

In invading Iran, Iraqi President Saddam Hussein assumed that the divided Iranians and their dilapidated armed forces would be unable to put up much of a fight. He was wrong. Iranians responded to the invasion by uniting against him, even though many opposed the direction the revolution had taken. Iran’s leaders quickly resurrected the armed forces by halting military trials and purges, and by enforcing conscription. The Islamic Revolution Guards Corps (IRGC), which was established after the revolution to serve primarily as an internal security force, transformed into a second military and rushed to confront the invading forces. Thousands of volunteers were incorporated into both the IRGC and the regular military. They were driven to defend the country, the revolution, and the Islamic Republic by a potent combination of nationalism, revolutionary mission, and religious zeal that were stoked by the foreign threat.

The Iranian leaders effectively capitalized on those feelings by allowing them to fuel the military campaign, particularly by arming the irregular revolutionary forces—the IRGC and the Basij, composed of the regime’s most loyal supporters—and sending them to lead the campaign against the Iraqis. Their dedicated and determined defense, combined with the Iraqi forces’ poor performance, caused the invaders to stall and then retreat.

Increasing the Regime’s Domestic Political Support
The IRGC and the Basij remain the Islamic Republic’s most devoted defenders. They have a substantial interest in the survival of the regime, and can therefore be expected to vigorously confront attacking forces, just as they did when the Iraqis invaded. In shocking displays of courage and allegiance, the Iranian Basijis became notorious in the Iran-Iraq War for their willingness to clear minefields with their own bodies in human waves. These forces can be expected to show similar tolerance for sacrifice in the case of a future confrontation.

An attack on Iran by the US or Israel will likely add to the ranks of the regime’s supporters. Just as a divided population came together to confront the Iraqi invasion, Iranians of all stripes will unite in opposition to an attack. The outcome will be a stronger, more cohesive, and more militant Islamic Republic. In the words of Mohammad Khatami, Iran’s reformist former president and a harsh critic of some of Iran’s current leaders and policies: "If there should one day be any military interference in Iran, then all factions, regardless of reformists or non-reformists, would [unite] and confront the attack." Iranians interviewed by Reuters, Radio Farda, and the Campaign for Human Rights in Iran made the same argument. "A war will unite the regime, and it will also force many to unite behind a regime they don’t even support," said a 56-year-old woman living in Tehran. "What else should we do, [cheer] for Israel, which would kill our countrymen working in the nuclear sites?" Similarly, a Tehran-based journalist who said he sympathized with the opposition Green Movement wrote that, "[Iranian] society will not welcome any country that attacks its soil."

Increasing Popular Support for Iran’s Nuclear Program
An attack on Iran will not only bring Iranians together under the current regime, it will also unite them in support for a decision to acquire nuclear weapons. At this time the evidence suggests that Iranian leaders are developing and acquiring the technology that would enable them to produce nuclear weapons. However, the evidence also suggests that they have not made the decision to proceed with a concerted attempt to establish a nuclear weapons program. An attack on Iran will damage, but not destroy, Iran’s nuclear program. Even if it targeted Iranian nuclear facilities and was limited in scope, Iranians will most likely interpret an attack as a declaration of war, an attempt at regime change, and a determination to prevent Iran from acquiring nuclear technology or enrichment capability of any nature. It will also convince them that accelerating that drive and ultimately possessing nuclear weapons is the only way to safeguard their regime and their country from future attack.

Hans Blix, the former head of the International Atomic Energy Agency (IAEA), recently put forward this view. "I don’t think you can convince anyone to give up an atomic programme through the threat of violence," he stated. "Rather, it will cause them to move even faster on it, in order to defend themselves… If the decision to build a bomb has not yet been taken, a military strike would ensure more than ever that it is."

In this way, the nuclear program symbolizes how Iran views its position in the world, with a mix of strength and vulnerability. The nuclear program has come to represent a source of national pride, a badge of Iran’s modern power status, and an emblem of its imperial past. At the same time, it is seen as an essential tool to reduce Iran’s vulnerability by creating a bulwark against threats of attack or invasion. It is therefore an admission of Iran’s relative weakness. An attack on Iran would reinforce this sense of vulnerability and would be seen as a reenactmentof previous efforts to curb Iran’s independent power. It would accordingly solidify the place of nuclear weapons in assuring that power.

An Opportunity to Eliminate Internal Enemies and Consolidate Power

While the regime may increase its strength in the wake of an attack, it may also be able to capitalize on an attack to eliminate its internal enemies. That is precisely what happened following the 1980 Iraqi invasion. Ayatollah Khomeini and his allies used the war to strengthen their control over the state along the war-making state-making nexus, following the pattern of revolutionary elites in other countries. Their main rival for power within the Islamic Republic was the secular leaning constituency led by President Abolhassan Banisadr, who had tried to gain the support of the regular armed forces and to steer the war effort in his role as commander in chief. To minimize Banisadr’s power, Khomeini sent his own representatives to oversee the armed forces, which eroded their support for the president, and built up a competing powerbase in the IRGC. In 1981, he succeeded in impeaching Banisadr and then expelled him from Iran. The resulting more cohesive Islamic Republic was able to prosecute the war with far more success: the Iranian forces broke the stalemate that had prevailed since the Iraqi invasion, and then proceeded to expel the Iraqis.

By keeping the people mobilized for the war and focused on Iran’s external enemies, Khomeini was able to consolidate his power with fewer constraints and less debate. He continued to keep the regular military in check through close supervision. Fighting the war also kept the armed forces preoccupied and thus too busy to stage a coup. By the end of the war, the military had been securely integrated into the Islamic Republic and ceased to represent a threat to the regime. Khomeini simultaneously championed the loyal Revolutionary Guards by allowing them to steer the war effort while giving them credit for successes and shielding them from criticism. This was achieved in part by depicting the war in Islamic terms. In a religious war, success accrues to the religious soldiers and leaders—in this case, the Revolutionary Guards and Ayatollah Khomeini.

Read the final part of Attacking Iran: Lessons from the Iran-Iraq War, on August 4.

*[A version of this policy brief was originally published by the Dubai Initiative and the Belfer Center for Science and International Affairs].