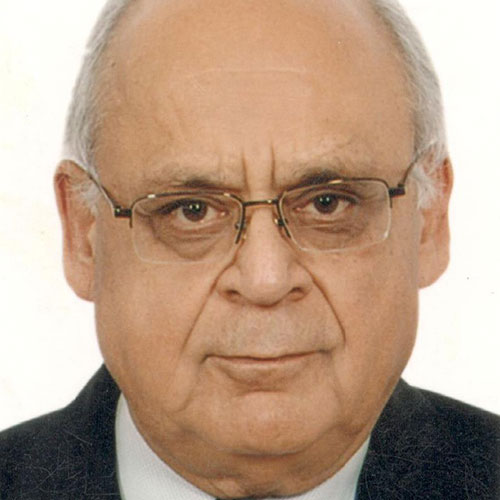 Vikram Sood is a former career intelligence officer who served in the Research and Analysis Wing (R&AW), India’s external intelligence agency, till his retirement in 2003 after heading the organization. He is currently an adviser at the Observer Research Foundation, an independent public policy think tank based in New Delhi. He regularly writes on intelligence, terrorism, security, foreign relations and strategic issues for journals and newspapers. He has contributed chapters related to security, intelligence, terrorism and South Asia for various books over the last few years. Sood is the author of “The Unending Game: A Former R&AW Chief’s Insights into Espionage,” published by Penguin Random House in 2018. His second book, “The Ultimate Goal: A Former R&AW Chief Deconstructs How Nations Construct Narratives,” is scheduled to be released by HarperCollins India in October 2020.

After decades of dithering, India has finally opted for American-led security architecture in Asia. In the latest US-India 2+2 meeting of foreign and defense ministers, the two countries concluded a fourth foundational agreement. The four key agreements between the United States and India to date include the Communications Compatibility and...

Why Are the Indian and Chinese Economies Decoupling?

Many experts argue India is the weaker power unable to take on China. In an article in Foreign Policy, James Crabtree argues that a trade war with China would be a bad idea for India. In his view, India’s “military is inefficient, underequipped, and dogged by procurement corruption scandals.” To...

Countering Insurgencies and Violent Extremism in South and Southeast Asia

Today, people’s rising aspirations often sit at odds with political stability. Impatience, dissent and violent protests can easily slip into insurgency and terrorism. Various state machineries stand guilty of weaponizing political disaffection in pursuit of political goals. These policies often result in blowback. Yet these short-horizon policies have mushroomed across...

As dusk fell on June 15, a bloody clash broke out between Chinese and Indian soldiers in the Galwan Valley on the northwest China-India border, where a tributary of the Indus flows westward from Aksai Chin to Ladakh. In line with China’s recent expansionist policy elsewhere, its military had been...

An Indian veteran’s perspectives on the India-Pakistan relationship. Old shibboleths and half-truths take a long time to wither away. Pakistan still likes to believe, or at least its leadership does, that India is determined to undo the partition and grab Pakistan. It is essential that Pakistan be convinced through force...

Truth is Stranger than Science Fiction

The changing concept of security influences the development of new weapons and security measures.

Pakistan-US Relations in a Trough, but Only for Now

Analysis on the US-Pakistan relationship, and on the events which affected it over the last year. New Delhi, Feb.3 (ANI): In his Union address on January 24 President Barack Obama said "One of my proudest possessions is the flag that the Seal Team took with them on the mission to...

The Great game of the 21st Century is being played out in West Asia. This time around, it’s about the control of Iran’s vast energy resources. The United States’s war in Iraq is over but it has ended in a fiasco. Iraq is unstable and Iran is emerging as the...

A commentary on China’s interests in the lands and seas surrounding it and the need for counter measures by states situated in China’s periphery.