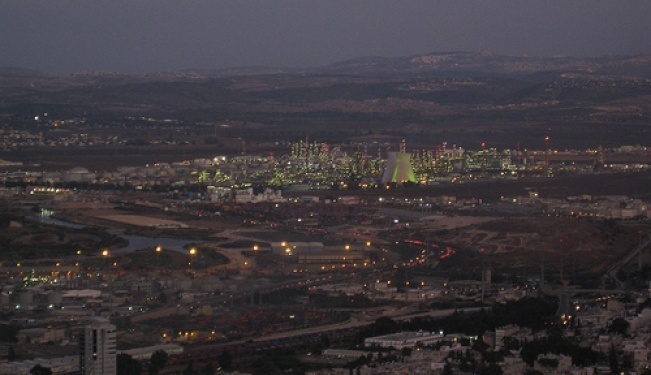 The prospect of an Israeli military assault on Iran's nuclear assets is growing. The scale and impact of any attack would be far greater than most observers expect.

The pre-publication hype surrounding the new report on Iran's nuclear ambitions from the International Atomic Energy Agency (IAEA) indicated that the conclusions would be definitive. In light of these expectations, the document—released on 9 November 2011—is rather tame. It claims that Iran has made sustained efforts to develop nuclear-warhead technology, though many of the efforts cited occurred in the early 2000s, and there is little direct evidence of what is happening now. It is the link between the weapons research and two other factors that makes the case for revisiting Iran's nuclear ambitions.

The first is the Iranian programme of uranium enrichment that has been steadily accumulating stocks of lower-level reactor-grade uranium (about 4% enrichment) and a much smaller amount of research-reactor fuel (rated at 20%). Weapons-grade fissile material requires an enrichment grade well over 80%, which could be within grasp of the Iranians. Alongside the warhead work, this suggests Iran has made real progress towards a virtual bomb, even if it is still some way from becoming a nuclear power or even making the final decision to become one.

The second factor is the Iranian construction programme, which includes several major underground facilities. These were created in expectation of an attack, either from Israel or the United States, and from determination to ensure the nuclear project's survival. Moreover, Iran has already experienced a cyber-attack (in the form of the Stuxnet worm) and the assassination of several nuclear scientists – so it is already on something close to a war footing.

The comments of US defence secretary Leon Panetta on 10 November that any military action would have "unintended consequences" and should in any case be a "last resort" indicate that, in the context of the wider current political environment, Washington will not become directly involved in a war with Iran at an early stage. But an Israeli attack would create a risk that could embroil Barack Obama's administration in the attack’s aftermath: an initial assault will be only the beginning of a war which will bring major change to the region and possibly beyond.

The nature of an attack shapes what is likely to follow. Most observers envisage a series of air and missile strikes against the material centres of Iran's nuclear programme. Such strikes would happen, but Israel’s attack could be more extensive than some observers predict since Israel seeks to thwart Iran's nuclear ambitions for several years at least. This means a systematic effort to demolish the programme's intellectual infrastructure: the scientists and engineers directly involved (who themselves will be crucial targets), research centres, factory drawing offices, university departments and even elements of the leadership.

However, Israel cannot guarantee effective results by operating from its own territory alone; it needs local allies. Here, Kurdish Iraq (its north-eastern region) and Azerbaijan are important. Israel has assiduously developed close relations with both. In the latter case, this has meant taking sides with a Muslim country locked in a frozen conflict with the (Christian) Armenians–who are supported by Tehran—over the disputed territory of Nagorno-Karabakh.

Kurdish Iraq and Azerbaijan would not necessarily offer Israel forward operating bases for strike aircraft. They could, however, include numerous support functions such as the incursion of Special Forces into Iran, search and rescue, overflying by tanker aircraft, and launch sites for some of Israel's many and potent armed drones.

In short, an Israeli operation against Iran will be comprehensive and will use regional facilities to inflict maximum damage on Iran's nuclear programme and its supporting infrastructure. But the moment it starts, the political dynamics will change.

Iran will at the outset present itself as the victim of an attack by a state that already has a powerful nuclear arsenal and is regarded across the region as a belligerent pariah. Some regional elites—such as the House of Saud in Riyadh—may privately welcome the Israeli action, but the popular response across the region would be very different and create huge problems for governments.

Iran will have taken these outcomes into consideration, and as a result might limit its reaction to an immediate withdrawal from the nuclear non-proliferation treaty. It may even restrain its Hizbollah ally in Lebanon, in combination with the incremental application of a range of asymmetric measures on its spheres of influence in Iraq, Afghanistan and the Persian Gulf. These would, respectively, seek to exacerbate tensions between Iraq's prime minister Nouri al-Malaki and the Kurds; complicate and disrupt the American war effort; and increase oil and gas prices. Iran might also act against Azerbaijan if its provision of facilities to Israel was proved—which, given the size of Azerbaijan's energy exports, could affect world markets.

Iran is also certain to seize the moment to develop nuclear weapons. This may be sooner than many expect, because Iranian planners will have inevitably already thought through the nature of an Israeli strike and have sought means of protecting their physical infrastructure (by hardening facilities) and their intellectual infrastructure (by dispersal).

The near-unavoidable reality is that out of confrontation Iran will soon acquire a limited nuclear arsenal. This is because even a limited bombing of Iran will create a new dynamic in which Iran is at the centre of the post-attack region, has several new options to impose costs on its opponents, goes full-tilt for its own deterrent measures.

Still, there remains some scope within the region to avert a crisis. That would require a move to address sources of disabling tension (such as the Israel-Palestine and Iran-Saudi Arabia disputes) amid wide endorsement from the international community of the need to create a stable nuclear-free zone. Any such process would be tortuous and protracted, but the belief that there is a military solution to the Iran dilemma is so dangerous that this alternative approach simply must be considered.

The perilous situation over Iran reflects world leaders' long-term and heedless pursuit of nuclear weapons, and their failure to make serious attempts at wholesale denuclearisation. The lack of political wisdom, after almost seventy years of the nuclear age, is striking. The need for it is more acute than ever.

*[This article was originally published in the independent online magazine www.opendemocracy.net on November 11, 2011]