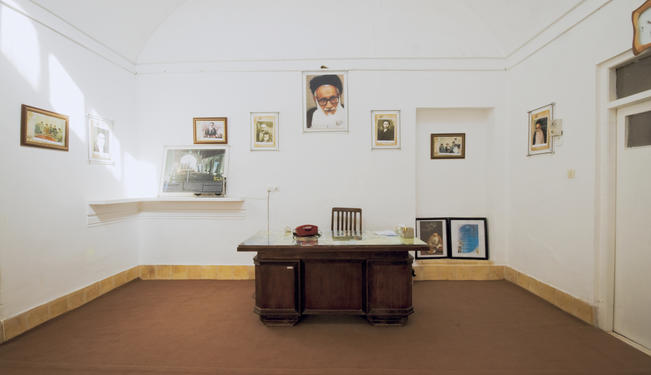 Despite the importance attached to the upcoming presidential elections, when it comes to Iran’s nuclear program, there will be no change at the negotiating table.

On April 18, 2013, US Secretary of State John Kerry asked senators pressing for tougher sanctions over Iran’s nuclear program to be patient. He is not the only high-ranking Western politician who thinks that it would be difficult to reach to any agreement through negotiations between the P5+1 and Iran over its nuclear program before the Iranian presidential elections. Former EU Foreign Policy Chief Javier Solana, who was the West’s main negotiator with Iran from 2003 to 2009, supports the same idea.

But what will change after the June 14 presidential election in Iran? Will anything change at all? It will be the first presidential election after Iran’s disputed election in 2009 which created a strong alliance between the country’s Supreme Leader, Ali Khamenei, and President Mahmoud Ahmadinejad. This association eliminated the reformist Islamist from the Iranian political scene. But this “father-son” relationship between the supreme leader and the president has started to change in the past two years.

The first crack in the close ties appeared in May 2011 when the supreme leader gave an ultimatum to President Ahmadinejad to accept his intervention in a cabinet appointment or resign. Two months ago, their power struggle reached a climax during the impeachment of the employment and welfare minister of Iran, when Ahmadinejad played a secretly filmed tape and accused the speaker of the parliament of using his power for his own economic benefit.

Now, the supreme leader of Iran, who is the only person who decides about Iran’s nuclear program, is searching for a new “son” — a loyal one. The presidential election is where Khamenei will find his new obedient president. In many ways, the upcoming election is different from four years ago. At that time, the supreme leader strongly supported the result of the disputed election. His loyal forces, in collaboration with Ahmadinejad and the Revolutionary Guard, were successful in their crackdown of the 2009 social movement and in putting the movement’s leaders under house arrest.

Khamenei’s Plan for the Elections

The latest speeches and actions by Ayatollah Khamenei show that he has a new plan for the upcoming vote. On April 17, he launched a special website to give tips about the election to his supporters. At present, most of the candidates do not have any websites yet. Due to the struggles between him and Ahmadinejad, it is clear that Khamenei is not going to support any candidate from the president’s camp.  Esfandiar Rahim Mashaei, for example, is the most famous ally of the Ahmadinejad. He is currently Ahmadinejad’s chief of staff and said to be  the president’s main adviser. The clerics loyal to the supreme leader have named Mashaei and his forces a “deviant faction.” It seems that Khamenei is not even going to tolerate moderate reformists like Akbar Hashemi Rafsanjani or Mohammed Khatami, both former presidents.

During his tenure as president from 1989 to 1997, Rafsanjani had a very close relation with the supreme leader but, as he said recently after a private meeting with Ayatollah Khamenei, the leader does not trust him anymore and “it would not be wise” for him to run for the presidency. Khatami is in an even worse position. After he supported the Green Movement leader Mir Hossein Mousavi in the 2009 election, he has lost any opportunity to have a private meeting with the supreme leader. Even if Khatami decides to join the election race, it is not clear whether the Guardian Council would allow him to run. Signs from the conservative camp show that they are not interested in his presence in the election race: the government filtered two websites, which are supporting his candidacy for the election just 10 days after launching.

Khamenei and his allies in the Guardian Council are keen on a president who is more obedient than Ahmadinejad; a president who is not going to challenge the supreme leader’s prepotency even as little as Ahmadinejad or Khatami did. But what will the effect of the presidential election have on negotiations between the P5+1 and Iran about its nuclear program?

Even if the reformists manage to regain power (that seems completely impossible at the moment), they would not be able to strongly influence the negotiations. The supreme leader is the only person who decides about issues like nuclear negotiations or having a diplomatic relations with the United States. Even during Mohammed Khatami’s tenure as president, when the reformists had the power in parliament and at the president’s office, they could not decide on these topics.

The only time that world powers and Iranian authorities got close to having an agreement about the country’s nuclear program was when the reformists were in power in Iran from 1997 to 2005. However, even at that time, the Iranian top negotiator was selected directly by the supreme leader and reaching any kind of agreement without his permission was impossible. As Jack Straw, former British foreign secretary, wrote in his book “Last man standing,” during the nuclear program negotiations between three European countries and Iran, the Iranian negotiators were in contact with a third person via phone whom Straw believes to have been someone from the supreme leader’s office.

No Changes at the Negotiating Table

After the upcoming presidential election, nothing will change at the negotiation table. It is not important who the next president in Iran will be because he will not have the power to make decisions over negotiations. The election cannot even have a strong effect on domestic issues, because the main policies on domestic issues have been designed by high-ranking clerics and the supreme leader. If the election plays out as it is planned by Ayatollah Khamenei, the next president will not have any operative role in decision making in foreign and domestic issues.

[Note: The author of this article wishes to remain anonymous and has used a pseudonym.]