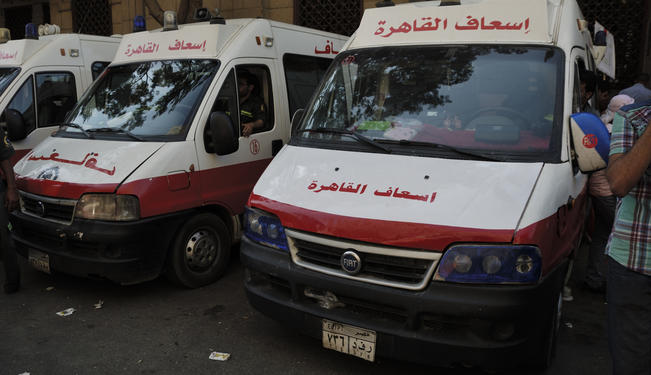 The Muslim Brotherhood could make significant political gains from encouraging the martyrdom of its members.

Since the Egyptian military evicted President Mohammed Morsi from power on July 3, the streets of numerous cities and towns in Egypt have seen demonstrations from Muslim Brotherhood supporters. When the Arab Uprisings first came to Egypt in January 2011, the Egyptian Army was deployed on the streets of Cairo and generally showed restraint in its tactics toward the anti-Mubarak demonstrators. Remembering the army’s restraint, supporters of the Brotherhood believed that the army would not open fire against them. They worked on a principle that Egyptians would not shoot at other Egyptians.

On August 14, the conflict escalated as the Egyptian army raided two sit-in camps in Cairo. One camp, at al-Nahda Square, and a much larger one at Rabaa al-Adawiya in Nasr City were raided, resulting in approximately 638 people killed. Of this total, 595 were civilians and 43 police officers, and reports indicated that at least 3,994 were injured. After the incident, the Egyptian government announced a month long State of Emergency. The Egyptian Army and police reportedly used heavy-handed tactics to disperse protestors.

These tactics included using helicopters as surveillance, bulldozers to remove barricades along with riot control agents (Tear Gas) to disperse crowds, severe beatings, and people were deliberately shot with rubber bullets and from shotguns. These reports are strongly denied by security forces. Egyptian forces reportedly used snipers on roofs to fire on crowds — although from a tactical perspective, deploying snipers on rooftops provides them with a better field of view of anyone brandishing a weapon. Other reports indicate that police in plain clothes fired indiscriminately against pro-Morsi demonstrators, killing 120 people.

The Muslim Brotherhood’s leadership, in response to the heavy casualties suffered by the pro-Morsi demonstrators, called for a “Day of Anger” on August 16. The demonstrations led to further clashes and many more pro-Morsi dead and injured taken to al-Fateh Mosque near Ramses Square in Cairo, where the demonstration had started. The mosque became a field hospital, where it is reported that 173 people had died as a result.

For its part, the Muslim Brotherhood leadership shows no sign of negotiating or stopping the many protestors from demonstrating, and so the death toll has risen. In the face of overwhelming military power of Egyptian security forces, it is worth asking why the Brotherhood's leadership does not seek another strategy rather than promoting further demonstrations where its members are at great risk of injury or death.

The Muslim Brotherhood has a very well defined hierarchical structure. At the General Headquarters, the organization’s chairman and the executive bureau sit. This acts as a junction for the horizontal and vertical Muslim Brotherhood hierarchy. The General Headquarters has a Board of Directors, which is divided at the governorate level and then is divided into districts that are composed of branches, which are the basic units of the organization’s structure.

If the Muslim Brotherhood were serious about one of their goals, being a social movement, then surely it would not send its supporters to death but would attempt to put a stop to wasting lives. Dialogue with its opponents is the solution, but the Brotherhood’s leadership knows that it can be potentially well-served politically by using the blood of its members to smear the leadership of the Egyptian military, the interim government, and the anti-Morsi political movements. This is most likely why, at the now-cleared sit-in camps at Rabaa al-Adawiya and al-Nahda squares where most pro-Morsi demonstrators were killed, the leadership of the Muslim Brotherhood refused to back down and ordered its followers to stand up to the bulldozers and the police, even knowing that it would lead to casualties.

Ironically, on August 18, local Muslim Brotherhood leaders cancelled marches in Cairo. This was an attempt to stop pro-Morsi demonstrators from being fired upon by snipers that the Egyptian army had positioned on rooftops of buildings along the route. This may demonstrate more than just simple concern for the looming loss of life. If it was seen that the Muslim Brotherhood’s leadership was actively seeking to lead its members into what would be an ambush, the protestors may no longer support the demonstrations on their behalf. The Brotherhood's leadership pragmatically changed its tactics on that particular day.

At this point, the leadership decisions of the Muslim Brotherhood are either ineffective to deal with the state of the current security situation in Egypt, or are intended to lead to violent confrontations with the military. By using the protestors as cannon fodder, the higher echelons in the leadership structure of the Brotherhood will continue to send the organization’s supporters to their deaths. This strategy was very clearly outlined by Muslim Brotherhood leader Mohammed al-Beltagy, who warned the interim Egyptian government and military on August 9: “Kill as many as you like. We won’t move an inch… We will offer a million martyrs.”

The Muslim Brotherhood leaders want to be seen in the eyes of the Arab and Western world as the victims of the whole episode. So what is next for the Brotherhood in its attempt to regain its power seat?

It is possible that elections of a new leadership will eventually lead to talks in order to resolve the stalemate. The country can hardly be divided on any political lines and there is also the Christian issue to determine as well. Coptic Christians account for ten percent of the Egyptian population. Since Morsi was ousted, many Christians came out in favor of his arrest in the hope that the army would protect them. Pro-Morsi supporters and extremists have reportedly looted and burnt approximately 40 churches, homes, businesses, and schools. Islamists are reported to have paraded three Christian nuns through the streets and sexually abused two other females in Cairo. The Muslim Brotherhood denies these reports, but at the moment the Christians are living in fear.

Another possible step for the Muslim Brotherhood would be for it to use terrorism as a means of attempting to regain its lost political power. Terrorism would most likely start with low intensity attacks executed on the local level that lack coordination. As the would-be militants become more confident, their attacks will be better planned and, in some cases, better coordinated, to maximize effect and casualties. This will put more pressure on the interim government and security forces, as they will appear to lack the power and local support that is necessary to stop the militancy of disaffected Brotherhood supporters.

The Muslim Brotherhood may even clandestinely establish a military wing that will carry out these attacks, using the main governing party as its political spokesmen. It can be expected that potential attacks launched by the armed wing of a disaffected Brotherhood would initially consist of car bombs and random shootings that target pro-government areas. Later, in the event of an upsurge of violence, suicide bombers would target lower echelons of the security forces, government politicians, and eventually top military officers. A more militantly inclined Muslim Brotherhood may even seek the assistance of jihadists operating with the insurgency in the Sinai Peninsula.