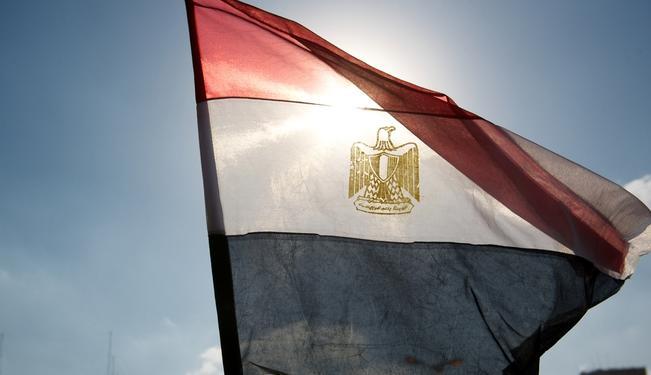 Any political transition in Egypt must be managed by the wisest and most humble parties.

We are only now starting to understand what Egyptians mean by revolution. Whatever is currently happening in Egypt, it is a strong enough urge to send up to 14 million Egyptians — perhaps the largest revolt in recorded history — fumbling in the dark.

During the Egyptian revolution of 2011, the most common slogans were bread, freedom, and social justice. The slogan on Sunday, June 30 — Tamarod (revolt) — must be read in part as a total lack of confidence that these goals of the revolution have been met.

In the past few months, with a grinding stalemate and a sense that everything was getting worse, the revolutionary spirit re-flowered in an array of quotidian scenes; encounters when people got out of their cars after hours of waiting in line for petrol to stretch their legs and talk to others. There are reports of joke telling, including hours of punning at Mohammed Morsi’s expense, while sharing news and water. Spontaneous anti-Morsi protests broke out at the local "On the Run" on the wide and rambling 6 October road that feeds into the quiet, dusty drive to Fayyoum. Perhaps a seductive joy was rediscovered, a solidarity and feeling of strength in community and collective experience.

What is the Current Revolution For and Against?

1.  It is a revolution for a government that has revolutionary legitimacy and that is also (technocratically) qualified:

This is a revolution for bread, justice, and freedom. Bread is first. Egyptians need a government that puts the well-being of everyday Egyptians above any other concern. Egyptians must see evidence of this commitment, and if they do, a great many would have the patience for whatever long and painful processes will follow. The key is a sense that trust is warranted.

It is worth remembering that Morsi won the presidency precisely because a slight majority was willing to entrust him and his party with the revolution — which is the most priceless. This is an incredible vote of confidence. It seems that once the current government’s actions convinced enough people that they wouldn't properly respect this sacred mandate, the Egyptian people went back on the street to reclaim it. There is nothing, it now seems, that is ultimately more important.

2.  It is a revolution protesting Islamism:

This contention is more controversial; mainly because of debates over the substance, genealogy, and inescapably politically-charged habitus of the word, “Islamist.” In Egypt, however, a sense of what Islamism currently is and represents has arguably all but congealed. At present, understandings of Islamism are interpreted through the Muslim Brotherhood’s behavior since taking office. Understanding Islamism in Egypt in this sense — according to the meanings contemporary Egyptians place on the term — is the most direct and accurate way to measure it.

An even more trenchant reason for the revolt being in part against Islamism is that a large number of “everyday Muslims” found themselves offended on religious grounds (which I believe signifies a sense of basic decency) by the disrespectful attitude of the Muslim Brotherhood toward anyone who didn't serve what they perceived to be their immediate interests. The scale of the current crisis — caused by the government having pushed through a new constitution in the fall of 2012 — is the most dramatic example of the Brotherhood’s fatally missing use of effective pathos. In retrospect, the government’s roughshod treatment of opponents to the constitution was more injurious than the substance and structures embedded in the constitution itself. Demonstrating respect for all Egyptians is essential, no matter what the policy. The fact that everyday life in Egypt hasn't gotten better, but worse, left the Brotherhood with little goodwill of any variety to stand on. In the end, on what grounds would a society as religious as Egypt honor the Muslim Brotherhood with the enormous symbolic weight of “Islam” – for many, the only pillar of stability left?

If it is true that “regular Muslims” were offended on religious grounds by the Muslim Brotherhood’s behavior under the mantle of “Islam,” then the anti-Brotherhood movement is not limited to a tiny secular elite. The mass scale discontent with the Brotherhood’s religious pathos would also pick up on, and inevitably influence, an ever-present larger regional struggle with particular cultural, intellectual, and practical manifestations of Islamism.

A glaring example of this can currently be found in what seems likely to come in Syria where foreign jihadis have descended, waiting for their chance to declare an Islamic republic. It would, therefore, seem that if and when Syrians defeat Bashar al-Assad, there will immediately be another war fought between various players who vie to replace him, which will include a significant Islamist/jihadi contingent.

If Islamism is deeply and fundamentally challenged in Egypt, the symbolic impact of the Egyptian example may well be crippling for the Islamist “brand” and its perceived level of power regionally — at least as close as the Levant. The first stage of the Arab Uprisings has been a reckoning with different and evolving manifestations of political Islam, and Egypt’s experiences will continue to exert a weighty influence in the region. On the other hand, if this challenge to Islamism produces tangible effects, reactions from sponsors in Qatar, Saudi Arabia, and elsewhere will likely be provoked. One cannot be exactly sure of those consequences.

3.  It is a revolution against indignity and the status quo:

The Muslim Brotherhood’s fatal mistake was their failure to have, or even evince, a sense of humility toward the presidency of Egypt; toward other Egyptians; toward other religions and sects; toward public opinion in general; and, most intolerably and incredibly, toward Egypt as Egypt.

When the Brotherhood filled stadiums in central Cairo with only their members, often bussed in from surrounding regions, they sent a message that their concern was primarily for their own survival – not for the very best of Egypt. When the Brotherhood put a disproportionate amount of effort into stacking state institutions with their members, regardless of their qualification, Egyptians felt betrayed. To appoint a member of Gamaa Islamiya as governorate of Luxor, when that group is responsible for murdering tourists, turned Egypt into a farce and raised suspicions that the Muslim Brotherhood would be willing to ruin the country to serve its narrow interests. All of this was disrespectful not just to Egyptians, but to their concept of Egypt — which is precious and deeply felt.

Had large factions of the citizenry felt represented by their government, extremely difficult choices facing Egypt — such as the proposed IMF loan — could have been subjected to a robust public debate; one that draws opinions from all sides which could have been debated in the country’s social, print, and television media. This is the stuff of contemporary collective civic culture, and it is desperately needed in Egypt. Without this basic social contract, no progress can be made. However, if the trajectory of the post-revolution period under Morsi’s rule remains constant, the state of the country would worsen by every measure.

Why did the Muslim Brotherhood not have the capacity or desire to invest in this public realm — which is to say, the Egyptian people in a collective sense — but rather seemed to fear, repress, and disdain it? Getting answers to this question, be it through political, psychological, or historical reasoning, would create divisions and misunderstandings that risk retracting from the more essential point: whatever the Muslim Brotherhood has done, up to this point, has resoundingly been judged to have failed the country.

A government-sharing arrangement that can act as a compromise, including members deemed to have real revolutionary legitimacy, must be put in place. The Muslim Brotherhood, if history is a guide, are unlikely to submit to a power-sharing agreement based on grassroots pressure alone. In any case, the army is inevitably a key player. In practical terms, it is difficult to imagine a successful transition to a satisfactory governing structure that does not involve the army acting as leverage. To what degree or what leverage this actually entails the army’s involvement, is, of course, one of the most crucial points.

Only under these circumstances will Egyptians have the necessary structure to focus on collective efforts to improve the country. The Muslim Brotherhood has failed to create a peaceful and legitimate enough environment to begin this process. In retrospect, it wouldn't have been difficult for the Brotherhood to have made the necessary concessions to keep the revolutionary process ongoing to a degree satisfying to the Egyptian masses. Instead, these masses were, at best, taken for granted.

It is not utopian to expect a revolutionary government to be committed, first and foremost, to reconciliation and a widening of civic culture so that robust discussion about Egypt’s problems can begin and solutions with broad social buy-in can be found. In fact, a space for the legitimate dystopia must be created, and this space must be resilient enough (which is to say, considered legitimate enough for a sufficient amount of time) to withstand the painful process of sorting out and reversing the trauma and ruin visited on Egyptian society for at least 50 years.

Such a transition must be managed by the wisest and most humble in Egypt. The Egyptian government must now look like one that accepts this grave historical challenge, and is chiefly inspired by Egypt’s enormous potential.