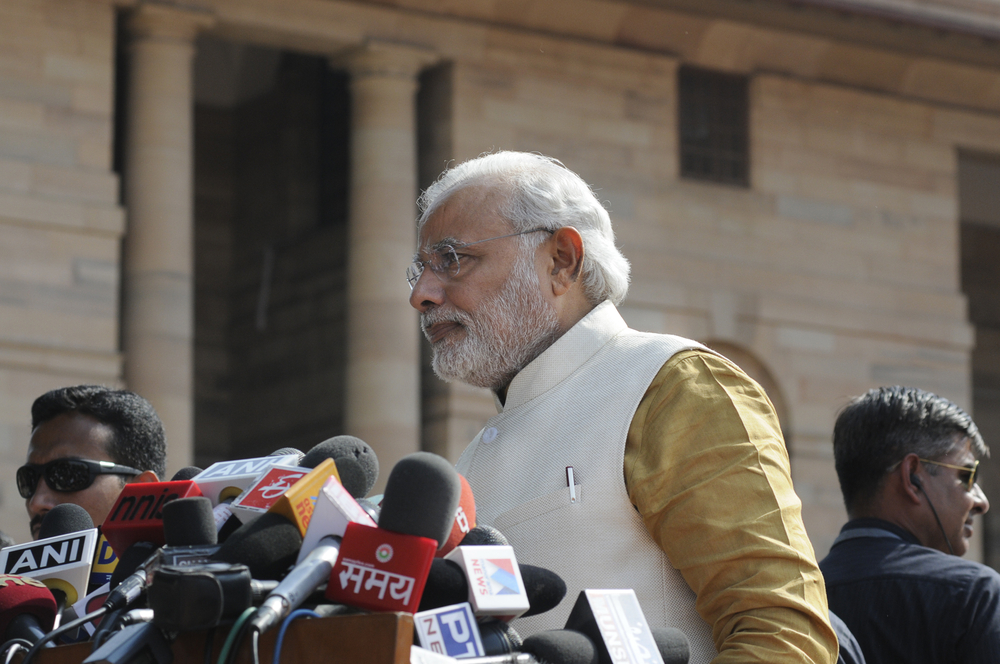 Amid the euphoria of an overwhelming electoral mandate, enormous challenges confront Narendra Modi.

The abdication of governance under the United Progressive Alliance (UPA) has dragged India into a morass that will need some undoing.

The diarchy of power between UPA Chairperson Sonia Gandhi and Prime Minister Manmohan Singh, with the former wielding power without responsibility and the latter content at playing second fiddle, was an unmitigated disaster. Singh, in the words of Sanjay Baru, his former media advisor, was an “accidental prime minister.” However, his supine performance ensured that his tenure became an “accident” for India.

Singh’s silence and servility made the position of prime minister into an object of ridicule. Ironically, it was his civility that got him the job in the first place. Singh was installed as Indian prime minister because Sonia’s managers were convinced that his subservience would ensure the smooth dynastic succession of Rahul Gandhi minus the revolt regents ensured in historical times.

Singh’s civility, however, soon revealed itself as meekness before Sonia. Resultantly, cabinet ministers routinely ignored the prime minister’s advice on policy matters and kept their positions secure by paying obeisance to Sonia. The financial scams that crumbled out of the UPA’s closet with regularity were a manifestation of Singh’s lack of assertiveness as a leader. The mysterious astronomical growth in the personal fortune of Robert Vadra, Sonia’s son-in-law, epitomized Singh’s egregious governance. His silence symbolized helplessness and loyalty to the Nehru-Gandhi dynasty in equal measure.

Modi’s rise to power is a manifestation of increasing cynicism and pessimism of the people with Singh’s regime and the stranglehold of the Nehru-Gandhi dynasty on Indian polity.

Kapil Sibal, the telecom minister, sarcastically referred to the Comptroller and Auditor General’s (CAG) estimate of a $30 billion (Rs. 1.76 lakh crore) loss to the national exchequer in the 2G spectrum allocation as a “notional loss.” Even though the Central Bureau of Investigation (CBI) filed charge sheets based on the discrepancy raised by the CAG, it did not deter the minister from speaking disparagingly against the statutory auditing agency. The CBI itself, despite claims of functional autonomy, repeatedly kowtowed to the government’s diktats.

Exasperated by the actions of a politically pliant CBI compelled the Supreme Court to refer to it as “a caged parrot.” The Singh government’s relationship with the Supreme Court remained frosty, especially after it quashed the allocations of licenses in the 2G spectrum allocation case. Ministers repeatedly made sly references to the “judicial activism,” which purportedly was an impediment to the functioning of the government. The parliament remained in a comatose state, as the government became embroiled in a permanent standoff with opposition parties.

Let alone the statutory institutions, Singh’s cabinet was superseded by the extra constitutional National Advisory Council (NAC). The NAC, which was handpicked by Sonia, was packed with left-leaning economists and soon became the “super cabinet,” facilitating the introduction of subsidy-guzzling populist economic schemes. Populist schemes like the Mahatma Gandhi National Rural Employment Act (MGNREGA) were considered as “game changers” that would lead to Rahul’s eventual ascension to the position of prime minister. Ironically, Singh — who, as finance minister under Narsimha Rao, is credited with liberalizing the Indian economy — did not show the gumption to resist these economic shenanigans.

Consequently, the GDP growth of 7.9%, which the UPA inherited in 2003, plummeted to 4.7% during the quarter October-December 2013. Inflation, in particular food inflation, made life difficult for common citizens whose income remained stagnant due to economic slowdown. Escalating fiscal deficit, projected to be 4.6% of GDP, has placed the Indian economy in a precarious state. Combined with the global economic crisis, Singh’s mishandling of the economy has seen unemployment levels increase sharply. A youthful demography, with a lack of employment opportunities and concurrent disillusionment with the system, makes for a combustible potion.

Singh, with his fetish for “being remembered kindly by history,” leaves behind a system on the verge of collapse and resultant chaos. How history treats him might be a matter of conjecture, but for the time being the metaphorical Narendra Modi wave has showed that the Indian people have forthrightly rejected the Nehru-Gandhi dynastic politics and its sycophants.

The Rise of Modi

Modi’s rise to power is a manifestation of increasing cynicism and pessimism of the people with Singh’s regime and the stranglehold of the Nehru-Gandhi dynasty on Indian polity. The Indian public were looking for a savior who could deliver them from malfeasance, and in Modi they believe to have found one. The massive mandate for Modi decimated the Congress party to the extent that with 44 seats in a 543-member parliament, it cannot constitutionally claim to be the leading opposition. The result with Modi’s Bharatiya Janata Party (BJP) claiming 282 seats has ensured that India has rid itself of coalition politics arising out of repeated fractured mandates. Coalition politics became a necessity after the 1989 general elections, but worked to the country’s disadvantage with the constituents wrangling over selfish interests, giving short shrift to developmental issues.

The present mandate allows Modi the freedom to initiate otherwise politically unpalatable decisions and to introduce the much required reforms in the system. Modi’s unparalleled popularity will provide him the cushion of tiding over the inevitable tough times before the reforms start showing their desired effect.

The Challenges Ahead for PM Modi

The institutions of governance also need immediate reforms. The Indian Police code is a vestige of British imperialism. The code, which was implemented in 1861, was drafted in the aftermath of the rebellion against the British East India Company and provided the British with brutal power that was needed to subdue the local populace. Such laws are an anachronism for a democracy and give birth to resentment among the innocents suffering at the hands of an unscrupulous police.

Modi will have to take immediate control of the economy. Goldman Sachs had predicted that India would need to create 40 million jobs over the next decade, if it prescribed to the flexible laws implemented by Modi in Gujarat. However, as Modi has repeatedly accepted, India is not Gujarat and, given the diversity in the country, flexible laws with the hire and fire policy will have to be modified as per local requirements. Inflation, especially food inflation, needs immediate attention. Modi could do well to release the food grains rotting in the state granaries to the poor. This act, apart from relief to the poor, could also bring down food inflation.

But given his experience in administration, these challenges could prove to be manageable for Modi. However, it would be tough for him to get down from the tiger of expectations that he has ridden to power on. Supported by a clever advertisement campaign, along with his achievements in Gujarat, the expectations of the people are sky high.

In a country that thrives on legend, Modi’s image has already achieved mythical proportions. The frenzy during his electoral rallies epitomized the belief that people have in his abilities to improve their lives. Indians, despondent because of a lack of opportunities and egregious governance, consider Modi to be the knight who could deliver for them. His rise from humble origins as a tea seller adds to the allure. That Modi has uprooted the Nehru-Gandhi dynasty has convinced the people of his apparent invincibility.

Expectation, however, is a double edged sword. In an age where information is available at the click of a mouse, the electorate has become unforgiving. People will be demanding, as they usually are from their legends.

Will Modi deliver for India, as he did in Gujarat?