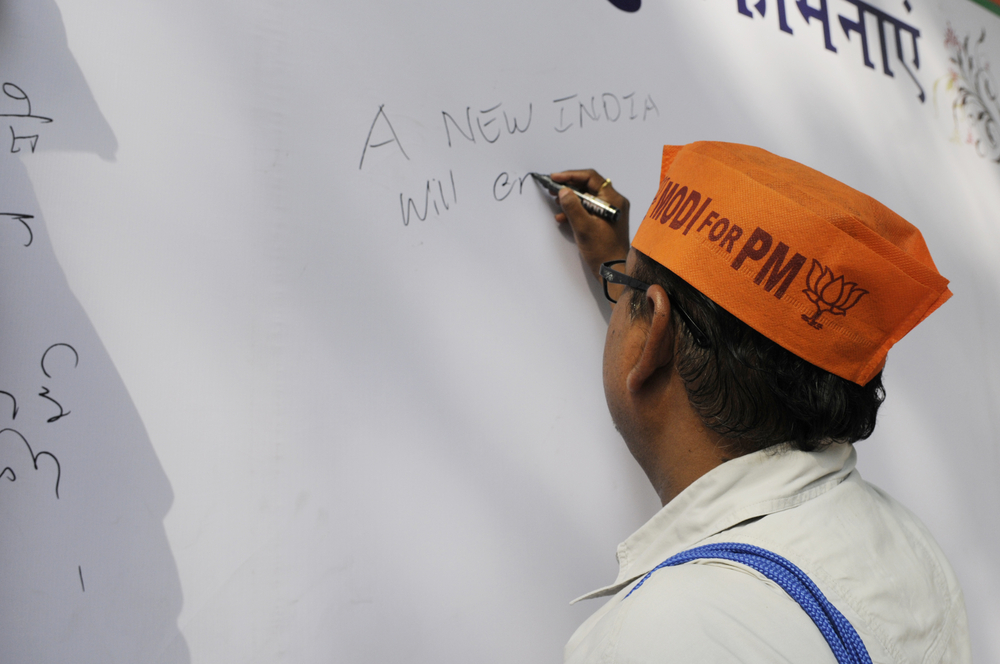 India must take charge to promote better relations between all countries of South Asia.

On May 16, the recently concluded Indian general elections to constitute the 16th Lok Sabha (lower house) of the Indian Parliament resulted in a landslide victory for the Bharatiya Janata Party (BJP) — ending the troublesome era of coalition politics that plagued India for years.

When Narendra Modi, a controversial politician and the BJP’s prime ministerial candidate, takes office, he would do well to undertake certain actions with India’s foreign policy.

New Delhi must act by forming policies that are state-based and not government-led. This would reduce the upheavals that otherwise ensue every time there is a change in government. The new government could consult with the leadership in Brazil and Mexico to understand their efforts toward such an end and adapt it to an Indian context.

New Delhi will benefit from consulting with the leadership of India’s border-states, while drafting policies vis-à-vis the countries it shares borders with. The new Indian government must focus on improving its relations with its immediate neighbors — Afghanistan, Pakistan, Nepal, Bhutan, Bangladesh, Sri Lanka and the Maldives.

There is a pressing need for the South Asian Association for Regional Cooperation (SAARC) charter to be updated for better benefit of intra-regional trade and people-to-people connectivity. The potential of regional economic growth is immense, if intra-SAARC relations are improved. Furthermore, New Delhi would do well to disallow larger, historical differences to affect trade. Trade and ideological differences must be treated separately.

At present, Afghanistan is in the process of undergoing crucial changes, and providing unwavering support to Kabul must be New Delhi’s prime objective. India must continue its aid program with Afghanistan.

Along with providing educational scholarships for Afghan nationals, private and government universities from India could be encouraged to open centers of learning in Afghanistan. New Delhi must also push for more Indian investment in Afghanistan, be it solo or via collaborations with Southeast Asian economies such as Japan and South Korea.

To its east, New Delhi must try and resolve as many differences with Bangladesh — especially ratifying the Land Boundary Agreement and signing the Teesta Water Treaty. These initiatives will assist in regularizing the cross-border transit of daily wage laborers, and curb the inflow of illegal immigrants. Moreover, a water-sharing treaty between India and Bangladesh becomes more relevant with China’s construction of several dams over the Brahmaputra River. In fact, a tripartite water-sharing agreement between China, India and Bangladesh could be explored in the future.

The new government must coax Pakistan to grant India the most favored nation status.

With Bhutan, India needs to review its developmental assistance-based relationship with the landlocked country, and make more avenues for cross-border trade available to Thimphu. The “infrastructure development for electricity” model needs to be reviewed, for Bhutan does not view it as a favorable deal.

Enhancing ties with Nepal will also be in India’s best interest, given how the porous borders are thoroughly misused by terrorists and counterfeiters. Given the growing engagement between Kathmandu and Beijing, India would benefit from helping Nepal become a bridge between India and China.

Following the announcement of the election results, Pakistani Prime Minister Nawaz Sharif was among the first to congratulate the winners and invite his future counterpart to visit his country. Once in office, Modi would also do well to visit Islamabad and hold talks with Sharif, now that the Pakistani military is restraining itself to a certain degree. The new government must coax Pakistan to grant India the most favored nation status. This would give the cross-border and bilateral trade between the two nations a much-needed boost. With the withdrawal of Western forces from Afghanistan in 2014, it would be best for India if the New Delhi-Islamabad relationship isn’t too rocky.

Also on the list must be the task of improving bilateral ties with Sri Lanka. Being perennially belligerent and/or exuding a big-brotherly attitude toward a geographically smaller country would serve no good. India must now take the bilateral relationship with Sri Lanka to the next level and negotiate the Comprehensive Economic Partnership Agreement, which aims to liberalize trade in services and investments by revising existing agreements on the avoidance of double taxation and investment protection.

Modi would also do well to pay attention to the Maldives. The GMR Infrastructure fiasco shook the India-Maldives relationship, but India should pursue a deeper and developmental partnership with the island nation. Radicalism is on the rise in the Maldives, as is elsewhere in India’s neighborhood, and only friendly relations can help keep it at bay.

As far as coastal neighbors are concerned, India must act proactively, instead of reacting, as far as the alleged Chinese “string of pearls” strategy goes.

Even if the aforementioned goals are achieved, there will still be much to do. India would do well to take charge in promoting better understanding among all South Asian countries. A simple start would be to introduce cultural and educational exchange programs for the region’s youth. A similar initiative worked wonders for Germany and France. Given the historical linkages between the nations of South Asia, such a beginning would be meaningful.