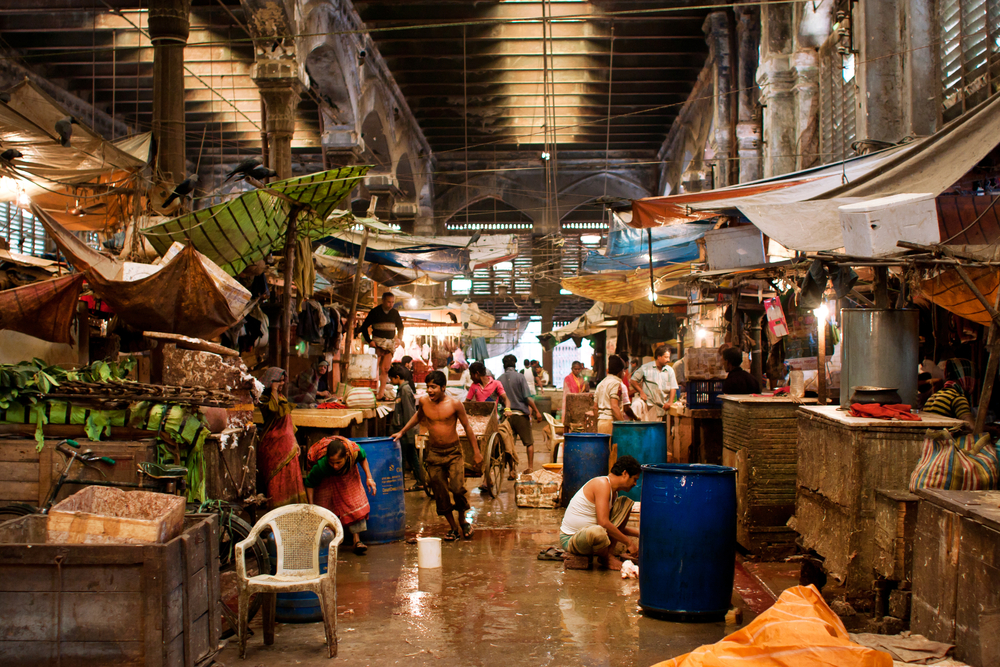 Modi’s main focus will be the economy and India will look to increase trade, attract investment and boost employment.

Indian Finance Minister and Congress leader P. Chidambaram recently declared that opposition prime ministerial candidate Narendra Modi’s knowledge of economics can be written on the back of a postage stamp. Under Modi, Gujarat has recorded double-digit growth rates, developed roads, generated power, improved industrial production, transformed agriculture and generated employment. Modi’s economic record is impressive and is the reason why people are supporting him.

On the other hand, Chidambaram’s record at the helm of the Indian economy is disastrous. Chidambaram has presided over populist schemes, runaway inflation and rising unemployment. His performance at the annual World Bank and International Monetary Fund (IMF) meetings have been pathetic, where he has been unable to hold a candle to the likes of Brazilian Finance Minister Guido Mantega. While Mantega has taken on both the US and the European Union to protect interests of emerging economies, Chidambaram has largely deferred to the West and said nothing of note on the world economy.  Furthermore, he is despised for his arrogance, reviled because he has a reputation for corruption, and feared because of his record of intimidation.

Insecurity is behind Chidambaram’s bitter outburst. So far, left-leaning Oxbridge and Ivy League elites have presided over India. They have been courtiers of the Nehru dynasty that runs an empire of patronage and has destroyed most institutions in India’s young democracy. More importantly, these elites have been enamored of short-term populism and have jettisoned long-term economic growth. The rise of Modi threatens their apple cart and has implications that go far-beyond India’s shores. India’s foreign policy that has long been misguided or sputtered along aimlessly will change dramatically, if Modi comes to power. Under his charge, Indian foreign policy will primarily serve the country’s economic interests.

Casting Off the Poisoned Chalice of the Past

So far, India’s foreign policy is disconnected from India’s economic interests.  First, Indian diplomats are far too often illiterate about business, trade and economics. Second, Foreign and Finance Ministries spend little time interacting with each other. Third, just as the Chidambaram-led Finance Ministry has bungled India’s economy, the Salman Khurshid-led Foreign Ministry has destroyed Indian diplomacy. Oxford-educated Khurshid has been embroiled in a corruption scandal where he is accused of stealing funds meant for the disabled. Under his reign, it is rumored that a threadbare team of barely 700 odd diplomats spends more time chilling champagne for visiting dignitaries than defending India’s interests.

Modi is markedly different to prime ministerial candidates of the past. He hails from Gujarat, the western most state of India, which has long been home to trade, commerce and entrepreneurial activity. Unlike semi-feudal states such as Uttar Pradesh and Bihar, Gujarat does not obsess about politics or the administration. Its most talented students do not waste their time and energy preparing for the Civil Services Examinations that guarantee a lifetime of comfort and often corruption to those who enter India’s exalted bureaucratic realms. Gujaratis go into business and can be found from Kenya to Canada, plying some trade or another. In the US, people often joke about Patels owning motels. Gujarati entrepreneurs have flooded into this sector and are now expanding into many others.

Modi himself comes from entrepreneurial roots. He is a tea-seller who has come up from the grassroots and understands business very differently to politicians from Uttar Pradesh or Bihar. In an earlier era, Gujarati leaders such as Mahatma Gandhi and Sardar Patel had markedly different economic visions than Jawaharlal Nehru and his daughter, Indira Gandhi. They wanted India to be an entrepreneurial country with little red tape. The Planning Commission and the license-control raj were Nehru’s ideas. Nehru left India as a teenager to study at Harrow, the same boarding school as Winston Churchill. He then went to Cambridge and became a Fabian Socialist. He was what many would derisively call a “coconut” — brown on the outside but white inside.

Nehru’s foreign policy was predicated on notions of greatness, both personal and national. The nonaligned movement was more about abstract principles than economic interests. In fact, Nehru failed to push trade ties even with India’s closest neighbors. A patrician Brahmin with the airs of an upper-class Englishman, Nehru disdained business, trade and merchants. Born into wealth, he had the snobbish attitude of a champagne socialist toward money. Unsurprisingly, Indian diplomats failed to look after their businessmen operating in strange shores or to further their country’s economic interests.

Every leader since independence has followed the Nehruvian foreign policy paradigm. For the first time, Modi represents a break from the Nehru doctrine. He has taken a leaf out of Deng Xiaopeng’s book by betting on rapid economic growth as a solution to many of India’s seemingly insurmountable problems.

To increase growth in Gujarat, Modi has been courting investment not only from India but from around the world.  Under his aegis, the Vibrant Gujarat Summits have attracted hundreds of billions of dollars as investment. Countries like Canada, Japan, Mozambique and even the United Kingdom have flocked to invest in the state. Modi has also led business delegations to Australia, China, Japan, Malaysia, Singapore, South Korea, Taiwan and Thailand. With China, Japan and Singapore, Modi has established close relations and he has endeavored to emulate these nations in developing Gujarat’s infrastructure.

India’s economic ties with emerging economies outside Asia are also likely to improve. A huge Gujarati Diaspora lives in Africa. Lest we forget, Gandhi began his political career in South Africa. This Diaspora has long been underutilized by incompetent and arrogant diplomats. This will change under Modi.

Closer relations with African economies from Kenya to South Africa will most likely be forged. Similar developments can be expected in Latin America. Whilst there may be no Indian Diaspora in the region, Chile and Brazil are seeking to increase their exports to India. Chile has also been boosting entrepreneurship in a big way and is running innovative programs such as Startup Chile. It is seeking Indian talent to grow its own IT industry. Modi’s focus on the economy is likely to go down well with a region that has long lived in the shadow of the US, while its biggest trading partner is now China.

Even in the Middle East, relations with some nations are likely to improve. Gujarat has imported Iranian oil in the past and a Modi government will be less likely to support US efforts to isolate Iran. An oil deal with Iran would be a win-win for both Tehran and Delhi. Iran needs cash and a growing Indian economy needs cheap oil. Besides, both countries have common strategic interests in Afghanistan in countering both Pakistan and the Taliban.

Finally, unlike the US, most Asian countries are looking forward to a Modi-led India. Southeast Asian countries have been deeply influenced by India and have long craved Delhi’s attention. The biggest Hindu temple is in Cambodia, the largest Buddhist stupa is in Indonesia and the Thais still enact the Ramayana, one of India’s two great epics.

More prosaically, Asian countries are seeking to increase trade ties, boost economic growth and generate employment. Already, China is India’s biggest trading partner and Japan gives the most aid to the country. Modi has already been emulating many Chinese policies. His futuristic vision for Gujarat International Finance Tec-City is uncannily similar to Zhu Rongji’s vision for Pudong. India’s trade potential with Asian economies is enormous and these countries are looking forward to an Indian leader who will look east and put business first.