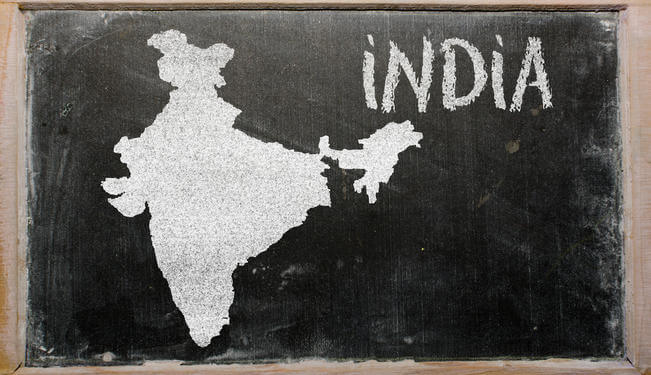 On what should Narendra Modi base his foreign policy?

Foreign policy seldom occupies an important position in political agendas during electoral campaigns, and 2014 in India is hardly any different. The Bharatiya Janata Party’s (BJP) prime ministerial candidate has, however, evoked a little more interest from various sections. One reason for this abnormal curiosity is that anything Narendra Modi does attracts attention.

Another reason is the refusal by the European Union, the United Kingdom, and the United States to grant Modi a diplomatic visa because his alleged role in the 2002 Gujarat riots makes him an even more interesting prime ministerial candidate, especially given his apparent popularity with large swathes of the Indian people. Conversely, the Gujarat chief minister has enjoyed much success in his foreign visits to China, Japan and Singapore.

Modi himself has said little about the shape his foreign policy would take but his actions as chief minister belie a strong emphasis on trade, particularly with Asia and the countries of the Indian Ocean rim. Yet commercial links alone do not dictate foreign relations and, in this era of the global village, Modi must think on several interconnected factors that will affect the security and esteem of India.

The making and study of foreign policy is beset with difficulties at several levels. First, there are structural issues — despite scores of its own languages, India is predominantly an English-speaking state and moves in Anglophone circles. The dominant views in this system are set by the US and, to a lesser extent, Britain.

This is largely due to the presence of hundreds of well-staffed and well-funded think-tanks who see the world through Anglophone eyes. Issues such as non-proliferation, global warming and terrorism are defined, unchallenged, by American interests. Multilingual historians are often surprised by the diversity of debate in other languages, even when there is broad national consensus.

The Anglophone discourse is a result not of some master conspiracy, but of a failure to empathize with rationalities other than one’s own. India’s best response to the present situation would be to open its own national archives to scholarly scrutiny and encourage its universities to produce policy experts in the plethora of fields that governments usually interfere in. A narrative informed by the history of Indian policymaking is the first step in generating superior inputs to current policymakers.

A second challenge India faces in its international relations is infrastructure: the lack of energy, transportation, public safety, health, and a sound legal system make the country not immediately attractive to foreign investment.

It is telling that an Egypt still recovering from the turmoil of the Arab Spring saw more tourists in 2013 than India did. Though infrastructure does not strictly fall in the realm of external affairs, it makes an enormous difference in attracting valuable partners and forming strong ties with them.

A third question Modi must ponder on is the structure of India’s military, the stick or hard power of foreign policy. What sort of force structure is required for the nature of tomorrow’s conflicts?

With the proliferation of nuclear weapons in South Asia, it is unlikely that India’s neighbors will engage in 20th century-style conflicts over land with India. Rather, they will rely on asymmetric warfare and/or well-trained fast and mobile units with heavy firepower, good lines of communication, and a high degree of stealth. India will need to be able to deploy force in a variety of theatres — maritime anti-piracy operations, mountainous border engagements, thrusts across the desert and others.

Remedying these fundamental deficiencies will give India a stronger hand, despite its understaffed Foreign Service, with which to project its views and defend its interests in the international community.

A state’s immediate neighbors are always of the greatest concern. India has seen its influence slip considerably in recent years or, at least, has had its impotence exposed. With smaller states who can pose no military threat on their own like the Maldives, Nepal, Bhutan, Bangladesh and Sri Lanka, India must be generous in its development aid and facilitate closer ties via education, cultural exchanges and easier travel regulations.

However, India must be careful to avoid the tail wagging the dog — preferential treatment must be reciprocated by good faith. Modi must see to it that Indian officials do not come off as overbearing and condescending to the neighborhood as they have been accused of in the past. Instead, they must walk that fine line between arrogant regional power and regional locus of power.

The US withdrawal from Afghanistan will shift some of the burden of keeping the Central Asian country free from Taliban rule onto India. It is more logical for Afghans to fight the Taliban for their own country than for India to follow in the erroneous footsteps of imperial Britain, the Soviet Union, and the United States.

India must act in concert with other regional powers with similar interests — Russia and Iran — to help Afghanistan repel the Taliban and rebuild its society and economy. Any less of a commitment would irredeemably jeopardize Indian economic and security interests. The challenge would be to strangle the Taliban’s flow of aid from Pakistan. Modi must keep international attention and condemnation on Pakistan’s aid to the Islamists in Afghanistan, while cobbling together a coalition to provide military and financial aid to the non-theocratic forces in Kabul.

Iran can be another important regional partner for India. Both countries have somewhat similar interests in Afghanistan, and Iran is also the last stop on the proposed International North-South Trade Corridor (INSTC) that would connect the Mediterranean to the Arabian Sea and serve Turkey, the Caucasus, Afghanistan and Central Asia. Iran would be a vital partner in this project as well as in providing security to Afghanistan against the Taliban.

Although Iran does not look to India as a major economic partner, there are, nonetheless, several projects of bilateral interest that India must push to develop quickly. Among these are the much-talked about development of Chabahar port, its attendant road, rail and pipeline infrastructure, and oil and gas pipelines between the two countries. Modi must put Iran toward the top of his foreign policy agenda not only to capture a new, post-sanctions Iranian market, but also for the ripple effect the INSTC can have for trade in the region.

Over the years, Pakistan has elevated itself from a nuisance to a threat with its support of terrorism from behind its nuclear shield. Endless summits have failed to silence the guns in Kashmir, let alone bring peace to the region. In fact, all evidence still points to support of terrorist cells by various arms of the Pakistani government, while men like Malik Ishaq and Hafiz Saeed roam free.

At this low juncture, one option left to Modi is to suspend talks and downgrade diplomatic relations to the consular level. In the past, India has shown itself as too willing to talk regardless of provocations and dishonored commitments by the other side. A concerted effort to highlight, internationally, Pakistan’s links to terrorism must be mounted. India must try to throttle foreign aid to Pakistan or affix conditions that demand aid be sanitized from contact with terrorism via sub-contractors, finance, labor and so on.

Any talks that do take place between the two states must only be via a third party. Modi must be bold — but not reckless — and explore other strategies to put pressure on Islamabad, be it via Afghanistan, Balochistan or along the Line of Control (LoC).

*[Read the final part here. A version of this article was originally published on Jaideep Prabhu’s blog.]