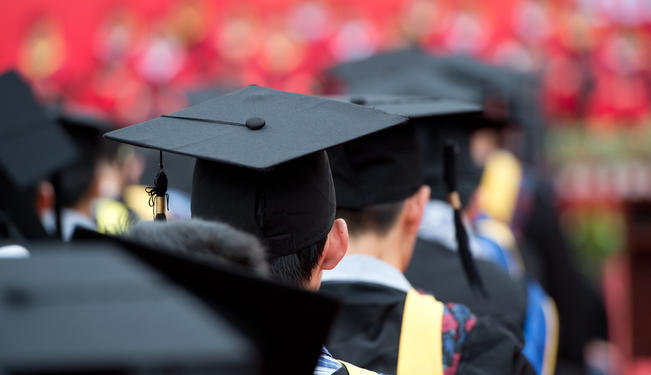 Brandon Scott compares the professions IR students imagine working in, with the real world of actual IR professions. This is the last of a two part series. Read part one here.

6: You will be Living in Paris in a Swank Apartment

This one should be a no-brainer — although I am still amazed by how many people entering the International Relations (IR) field are incapable of handling dire living conditions and a poor quality of life. The senior State Department representative and the commanding general for Eastern Afghanistan both live in metal shipping containers.

The fact is, if you are saving kids in Africa with the Peace Corps, or if you are a diplomat in Afghanistan, or a soldier in Iraq, you will be living in crappy conditions that will tire you no matter how much “world saving” you are doing. In many regions, whether you are with the US Department of Defense (DOD) or not, you will be forced to operate within their security and logistics infrastructure. This means your days are hot, your nights are cold, your food is functional, and your supplies are questionable. Be prepared for limited amenities. And upon arrival, know that there is a soldier somewhere living in much worse conditions – and getting shot at.

7: Where you Enter the IR Field Matters

We have been taught that the IR field is segregated into different competing sections such as the departments of State and Defense, or “categories” of IR practitioners in business, intelligence, and development/aid. This is far from the truth. Sure, there are always going to be issues regarding who is the “Lead” for various physical areas of operation or key fields of interaction, and there are always fiscal implications of who leads and by how much. At the strategic and tactical levels, however, there is far less segregation in where a person entered the IR field.

The organization I am in is referred to as a Combined Joint Task Force (CJTF). It is comprised of not only every US foreign policy and intelligence agency, but also representatives from dozens of nations, including non-NATO countries. Did you know that the Mongolian Military and the US Department of Agriculture are here working with the same overall objective? I have developed youth, women’s, and religious diplomacy strategy as a DOD contractor with the US Department of State and the United States Agency for International Development (USAID). The departments of State and Defense both have subject matter experts in business, agriculture, security, and intelligence here. If you think you will enter any one department or category of IR and not merge to a great degree of cooperation, and confusion, with everyone else, you will be greatly mistaken. You need to find out what sub-field you are interested in and find a position in that sub-field. Don’t worry about whether it is a specific government agency or a contractor because they often do the same work in the same place.

8: You Must Have an Opinion on Global Issues

I used to get in trouble in school for not writing papers that had a slant or point. I was often told during class discussions that I must have an argument or take a side. Though I understand universities are meant to train young minds to analyze data and compose a perspective, this concept is the worst possible lesson. Recently, an associate of mine in Uganda wrote the following statement to me that really defines this issue:

“You never know what information to trust and which to distrust. The more you learn, the less you understand, and the less certain you become that you know anything at all about the region. That's the challenge.”

I have been asked on numerous occasions what I think of the Palestinian-Israeli situation and people are still awestruck when I respond with “nothing” or “I don’t know,” as if such a high visibility issue requires everyone to have an opinion on it. I have never been to Israel or Palestine, although I have friends on both sides of the border and they both tell me the same thing of the other. Ergo, until I step foot there or study the issue with great focus, I simply am not going to make up an opinion and profess it as some form of mental masturbation.

I challenge all of you to respond the next time someone asks you what you think about genocide in Darfur, or drone attacks in Somalia, or civilian casualties in Afghanistan to say:

“I have no opinion. I am not an expert in everything, I have never been there. I do, however, suspect it is a highly complicated and sensitive issue and filled with more hyperbole than needed. Frankly, I do not know enough about the situation to comment on it.”

At what point did every 21-year-old college student become an expert in human trafficking in North Africa or information operations in central Asia? The answer is never. So, be humble and stave off the need to speak about things you probably do not know much about. Most controversial global issues are complicated and have multiple layers of truth. The more you study them in academia and in the field, the more you will realize that there is no “truth” or “right and wrong.” There are just shades of grey and a lot of players who have agendas for better or worst.

I have had college professors ask me, in their response to my questioning their knowledge: “Where did you get your PhD?” The moment you have to bring in such a qualifier into an intellectual debate, you have lost. Degrees are meant to represent something, in this case, that you are educated in that field – the degrees themselves are not justification of your accuracy.

Often, I got in trouble for not citing papers from academic sources in my assignments. Considering nearly every paper I wrote was on a topic that I had directly lived through or had expertise in, I was disgusted that firsthand knowledge was not considered to be accurate or to have integrity. On several occasions, I was told I had to find a book or article to cite to make a point, as opposed to the experiences of my colleagues and myself in the field.

Think about this for a minute: If I am writing about human intelligence in Iraq, I am not allowed to cite myself and instead I must cite an academic source who has never shed a bead of sweat in that country and who has written an article citing sources from people like myself. The more disturbing aspect is that this problem went away the moment I began listing my colleagues and myself as “sources” — ones that I had interviewed “under conditions of anonymity.” Suddenly, professors began to be astonished that I was able to score such “access” to well-placed professionals “in the field.”

10: You Can Make a Difference

This is the most dangerous thing Foreign Affairs schools teach you, because it is true. I am amazed at the people I know who dedicate their lives to bettering the world through the field of IR. Whether it is my friend who contributes to the analysis of global security issues at the Jamestown Foundation; my friend who co-founded Soapbox Soaps; my ex-girlfriend working in development in South Sudan; my friend who just got accepted to the Department of State as an FSO for Bangladesh; my numerous colleagues who work 80 hours a week or more trying to stabilize Afghanistan; or the plethora of friends I know in the intelligence community as employees and contractors.

These people go to work every day with hopes of having an impact on the world and making it a better place. Retain your realism, but never forget your idealism. I promise you, idealism is what gets you through cold dark nights and ultimately guides you in moments of self-doubt.