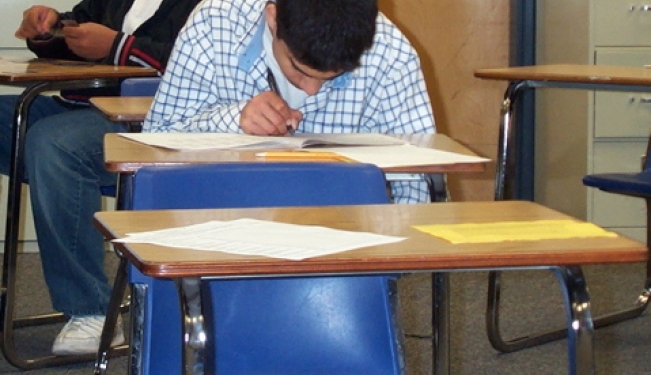 Educational achievement depends on a “growth” mindset and not a “fixed” mindset, and neuroscience tells us that hard work is a fundamental driver of achievement.

American fourth and eighth graders’ national math scores are in. The numbers are sobering: 8th graders’ scores improved by three points and 4th graders’ scores improved by merely a point over the last 4 years. In international tests for math and science proficiency, American students have been close to the bottom of the rankings amongst developed countries for quite a while. This point was rubbed in when The New York Times detailed the plight of Indian teenagers who apply to top American universities as their safety schools because they are afraid that they might not gain acceptance into competitive Indian Institutes of Technology.

How should American educators react to this situation? Or should they look at the numbers, decide the rest of the world has won, give up, and just stop trying?

In “Mindset”, a book written in 2006 by Stanford psychologist Carol Dweck, a deceptively simple premise is set forth: people relate to their own potential in two ways – either with a “fixed” or a “growth” mindset.

A fixed mindset means that you believe that ability is a fixed quantity and that key tests define what you can do in life – the SAT, IQ tests, grades, etc. If you’re a winner, you don’t have to work hard. If you work hard, that’s because you’re a loser. Naturally, you avoid challenge or fake ease so that you don’t risk appearing to be working hard. There is little mobility between the two states: you are either a winner or a loser, period.

In the growth mindset, you care less about winning and more about improvement. You always believe that you can improve, and you believe that improvement requires work. You have the conviction that with purposeful practice, discipline, and hard work you will improve. Interestingly, this mindset accurately predicts the reality of super achievers in many fields. It is estimated that it takes an enormous amount of hard work and persistence, approximately 10,000 hours, to achieve mastery in any field. It is most likely that these super achievers had some initial talent but it was hard work that led them to their success. If they had seen their need to work hard as evidence that they were losers, they would never have achieved greatness.

In a longitudinal study of middle schoolers, Dweck found that students praised for their effort rather than for their innate ability tended to be less afraid of challenge, tended to work harder, and tended to do better academically, even controlling for initial academic ranking. Just as in the case of the career superstars, it was the investment of time and effort by these middle schoolers that led to their success.

All of the above clearly sounds good and rather common sense so you might ask if there is any science to it. The answer strangely enough is yes. Two scientific concepts underpin Dweck’s premise: plasticity and feedback.

Plasticity is a broad term, referring to the brain’s ability to enact cellular and ultimately larger-scale changes that lead to cortical remapping due to experiences of learning, memory, and even brain damage. Experiences lead to incredible changes to the overall physical structure and functional organization of the brain. Neuroscientists have repeatedly demonstrated this in rats, mice, and humans using functional and structural neuroimaging and electrophysiology. The age-old notion that if you try harder you will change is therefore rooted in hard science.

Last year, Doug Lemov’s “Teach Like a Champion” project set out to capture hundreds of exceptional teachers, younger versions of Jaime Escalante and Marva Collins, across the country on video and ultimately in book form. The intention was to capture best teaching practices and disseminate them amongst the country’s teachers.

American math teachers across the country need to get inspired by books like “Mindset”, concepts like plasticity and feedback, and projects like “Teach Like a Champion”. There is no better way to pull our nation’s educational system from its current rut than to dig in, utilize helpful tools, and look forward to the reward that comes from working hard and growing. Those, after all, are classic American values.