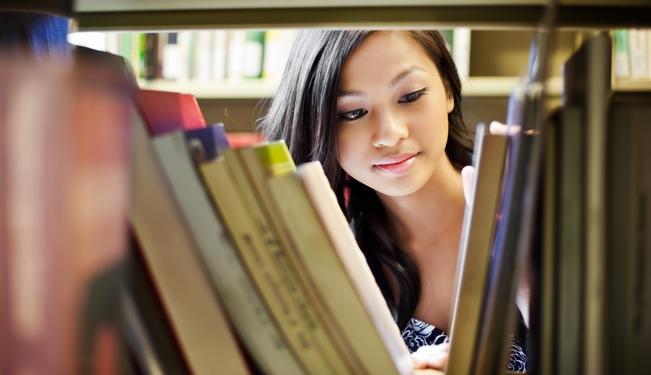 Brandon Scott compares the professions IR students imagine working in, with the real world of actual IR professions. This is the first of a two part series.

In my 13 years experience in the field of International Relations (IR), I have: run intelligence sources in Bosnia and Iraq; met with top Afghan dignitaries in Kabul to discuss civil society development; had coffee with royalty; won a medal for valor as a soldier in Iraq; debriefed foreign spies; flown in Blackhawk helicopters through a war zone with a 2-star general and senior State Department officials  to meet with Afghan politicians; had lunch with the mayor of Panama City; facilitated State Department grants; and worked with hundreds of Middle Eastern exchange students from around the world.

1: A Semester Abroad Makes you Globally Conscious, Insightful and Experienced

Get one thing straight: your semester abroad in Rome or Cairo does not make you “culturally conscious” or provide you with the qualifications to speak on behalf of all things “global.” The number of times I had to listen to fellow students dictate how they understood the world, based off their semester abroad, was simply appalling. I recall going to my first Arabic Club meeting at the American University. During the preliminary introductions, I was introduced by a fellow student as having “studied abroad in Iraq.” I found that hilarious and disconcerting at the same time. The fact that university students seemingly can only conceive overseas activities as “studying abroad” and literally lacked the language to describe my experience tells me that the parameters of reality for them are greatly distorted.

2: You Will be a Spy, Diplomat, General, or NGO Director

I am perturbed when my peers and people that I mentor come to me and tell me their guaranteed plan to become CIA “agents” (they are called “officers” by the way); ambassadors (that is about 20 years away kiddo – focus on paying off your student loans for now and making mistakes to “find yourself”); and every version of General David Petraeus or the next hot-shot director at the Gates Foundation. In case you haven’t checked the statistics, you are more likely to spend the bulk of your years shuffling papers in a DC office or changing the oil of a Humvee in Fort Hood, Texas.

Barring the occasional direct hire to key organizations, you are going to start off very low on the totem pole and doing very lowly things. Most importantly, I want to clarify that the vast number of positions and titles within IR are diverse and very interesting. There are many kinds of people in the intelligence community: a ridiculous assortment of roles within the State Department, an infinite number of positions and jobs in the military, and many ways to take part in international development and aid.

Recently, I met with a State Department regional security officer to inquire about joining the Department of State’s Bureau of Diplomatic Security. I was astonished to learn you could be a special agent, security engineering officer, security protective specialist, security technical specialist, diplomatic courier, or civil servant. Think about it: In one subsection of one IR organization there are five options, all with differing responsibilities and titles. Now multiply that number by the other sections in the State Department, and then take that number and multiply it by all the organizations and possible organizations that are within the IR field.

Get the idea? Tone down the rhetoric of ideal super hero jobs and focus on building your portfolio to get a foot in the door. Realize that you are going to be paying your dues for some time before you get the cool titles.

3: Intelligence and Perception is Empirical

I come from a very socially liberal background. I have had it beat into me not to be racist, ethnocentric, or sexist. I have been trained in all the platitudes of a liberal, politically active university coupled, with Equal Opportunity (EO) in the Army. That said, I assure you that “cultural” differences are probably the number one cause for most international issues, particularly at the local and regional level.

Cultures simply train their members to have different types of thinking than others. The reasons for this are somewhere between biology and environmental context. I assure you, Iraqis have a much different sense of distance and time than Americans do. Japanese view independent responsibility in a totally different construct than Italians. The “normative” approach that universities tend to profess such as “we are all the same,” “skin color shouldn’t matter,” or “it’s just a difference in language,” can be highly misleading. The fact is, some cultures value community higher than order; and some cultures value laws over tradition. It is these differences that lead to inherent clashes of culture.

Nearly every conflict I have witnessed, whether on a local street where personal space is perceived far different between a Vietnamese person and a Western European, or on the international stage, such as the Bales shooting in Afghanistan; the innate conflict is a difference in values and cognitive perception.

Rural cultures have much greater spans of time perception. For example, in Afghanistan, we might say, “Hey, I will kill or detain all the bad guys in your village and build you a road and a school and we will have peace within a month.” Whereas the local Afghan takes into account thousands of years of history and tradition, and may see these efforts as temporary in their grand scheme of cultural history.

4: You Must be a Government Employee Within a Specific Career Track.

In Hollywood, everyone who is anyone in IR is a CIA case officer or foreign service officer. The fact is, there are tons of ways to do essentially the same jobs (and often with less constraints and paperwork) without the formal and very limited career tracks of government employees. There is essentially no job in government IR that is not copied, shadowed, or directly supported by people hired by private companies to work side-by-side with government employees. These are called “contractors.” This does not mean that they are all “Blackwater Mercenary Capitalist Scum.”

The fact is, there is an unbelievable amount of work completed by contractors, and most of them do not carry guns.  As a US Department of Defense (DOD) contractor, I personally brief State Department employees. There are a ridiculous number of avenues other than government to perform the IR work you want. The majority of development and aid work is not completed by State Department FSOs. State Department folk work in offices and the bulk of aid work “in the field” is usually completed by contracted “implementing partners.”  These contractors are the “Tip of the Spear” for development work. In fact, the best way to break into these fields in order to become government employees is to work your way into lower levels of the private sector first, and then transfer into government work.

5: All Societies are Able to Become the Ideal Model of Western Liberalism

Ideally, I am a huge proponent of spreading democracy and freedom. Through the years, however, I have been taught lessons of realism and multi-culturalism. The fact is that different cultures and societies are at different stages in social, scientific, and above all, academic development. You are simply not going to convince a 50-year-old rural Afghan tribal leader, who accepts the regular beating of women, that press improves women’s rights and that Facebook helps form an open democracy.

You cannot, and will not, take a society and “re-educate” it overnight. Some nations today cannot become democracies, yet. Strong leaders are needed, and honestly, can citizens of a country with zero formal education and extensive experience of mass violence really be expected to be able to knowledgeably vote in a national election? As an Afghan friend and coworker of mine expressed to me on a number of occasions: "Fight for equality for women with everything we have – though realize some places are simply not going to ‘get it' for another couple decades."

*[Note: Read the final part of "The Myths of Foreign Affairs School" on June 16. The views expressed in this article should not be construed as the official position of 361 Security.]