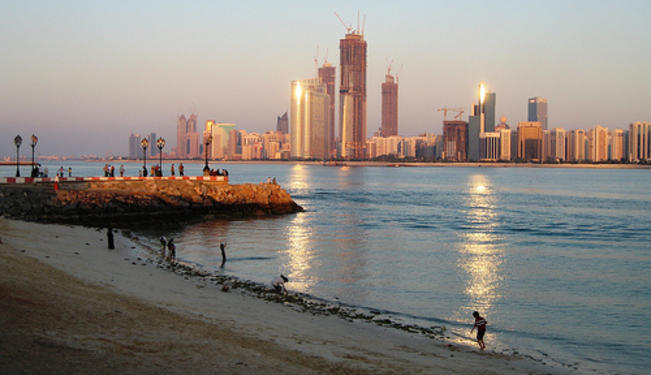 Faced with a small local workforce and the need to diversify its economy, Abu Dhabi is overhauling its entire education system and fulfilling its desire to be recognised as a regional academic powerhouse.

Fifty years ago, Abu Dhabi students were taught by local mullahs, in schools made of palm fronds, without textbooks, running water or sanitation. Hours were haphazard and the Koran formed the base for all lessons. Half a century on, the sophisticated oil-rich capital of the United Arab Emirates (UAE) has set its goal to become a diverse, knowledge-based economy and a centre for academic excellence in the Middle East’s Gulf region. Through meticulous planning and enormous government funding – including an allocation of AED9.8bn (some €2bn) in the 2010 national budget – the UAE is overhauling its entire education system.

The 10-year strategy is introducing thinking into the curriculum from an early age and taking a unique, vocational view to higher education by aligning universities and colleges with new workforce requirements. The plan underpins the country’s Emiratisation process to become a self-sufficient nation, with meaningful employment for all citizens.

A place in the global academic community

“Education is at the heart of development and progress in the UAE,” HE Sheikh Nahyan bin Mubarak Al Nahyan, the UAE Minister of Higher Education and Scientific Research, told INSEAD’s Global Leaders Conference in Abu Dhabi in October 2011. “Our education programmes at every level aim to provide a broad base of knowledge, understanding and ethical capability, while preparing our students to become the informed leaders, risk takers and innovators of the future.”

But there is more to the plan than creating employment for its citizens. Abu Dhabi sees itself as part of the global academic community. The emirate’s investments and commitment have already made it home to campuses for some of the world’s leading private and higher education institutes. INSEAD has been present in Abu Dhabi since 2006 and opened its campus officially in 2010; New York University, and the Paris Sorbonne University have also opened campuses in the capital.

The Johns Hopkins Bloomberg School of Public Health has signed a long-term agreement with the Health Authority–Abu Dhabi (HAAD) and in September, the prestigious UK private school Brighton College opened the first of a planned chain of international franchises in Abu Dhabi.

”We welcome such universities and value their approach to education,” Sheikh Nahyan notes. “We learn from their example with best practice in management and quality assurance, and the significant self-sustained approach (they) provide to our country.”

English, the language of learning

Sheikh Nahyan also notes the need for English to become the language of learning from an early age in UAE schools, enabling Emirati students to participate on the world stage.

On ADEC’s advice the UAE Executive Council implemented a human capital planning committee, to assess the current situation and forecast human capital requirements in every sector. This revolutionary overhaul of the Emirates’ education system, was seeded in 2007 when the Government gave the Abu Dhabi Education Council (ADEC) the task of developing a holistic education policy that took in all aspects of the education system, a policy agenda that Dr. Rafic Makki, ADEC’s executive director of strategy and planning, describes as ‘unique’.

“Of all the key drivers to maintain a thinking economy, human capital is most important,” Makki says, noting that aligning education with jobs remained one out of the country’s two key educational challenges.

“Out of a population of about one million we have 500 scientists and engineers doing research. We need that to be at around 4,300.”

Last year a study released by HAAD found that while 31,000 job placements would become available in health sciences and services over the next five years, only 1300 students will be graduating in this area.

Abu Dhabi’s scholarship programme, which offers about 1200 fellowships a year, is helping address these imbalances. Vocational universities such as the Khalifa University of Science, Technology and Research (KUSTAR) have been set up with quotas and courses according to industry demand, the result being that nearly every graduate is guaranteed a job.

The second key challenge for ADEC’s 10-year strategic plan has been to bring Abu Dhabi’s education system into the 21st century. Prior to the introduction of the new policy, schools emphasised rote learning and taught science, maths and IT in Arabic.

“We are moving away from that into an education system that focuses on 21st century skills,” Makki explains.

Critical thinking, problem solving and global awareness have been incorporated into the curriculum, and mathematics and science are now taught in English in 44 schools across the country. Part of the new strategy includes public-private partnerships designed to use the expertise of private school operators in enhancing public school operations.

Ultimately, the Abu Dhabi Government is looking to see more Emirati faces entering the international universities that are setting up base in the emirate. The number of international institutes in Abu Dhabi is small compared with the proliferation of foreign universities operating in Dubai. But the slower rate of development has meant it has avoided many of the regulatory and enrolment challenges its neighbour is facing.

Most important for Abu Dhabi’s education industry is the benefit it reaps from the ties formed between these international universities and local governments and educational institutions, through research and project partnerships and exchange programmes.

“These (international universities and colleges) are working not just as foreign institutions, but to improve the indigenous capabilities,” Makki notes. “By partnering other universities through faculty and student-exchange programmes, they will elevate the competition level in Abu Dhabi.”