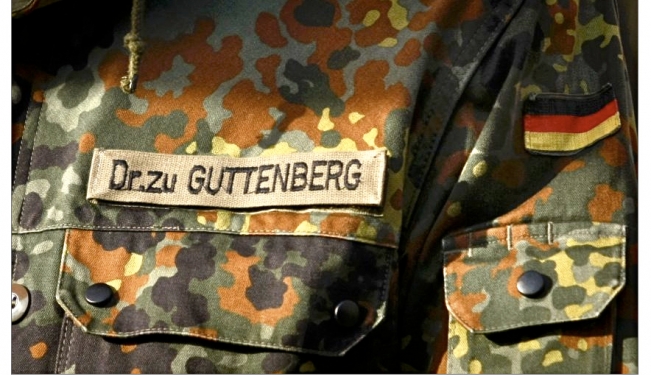 Undoubtedly, the fraud has shaken up the German (and to some degree European) academic world. Recent investigations indicate many more cases will be uncovered over the next several months.

Where does the obsession with academic degrees come from? What are the loopholes in the system, and why they persist?

Academic titles convey seriousness and wisdom. In the past, the general public tended to respect listen to three authorities: the mayor, the priest and the teachers. Historically, ranks and titles—whether military, civil, or academic—have be used to differentiate all kinds of different social, skill and seniority levels. Military organizations, in all ages and in all countries, provide the best example. Academic institutions in Europe, however, adopted that principle of bestowing academic degrees very early. The University of Bologna, founded in 1088, is usually considered Europe’s oldest university, and the University of Heidelberg, founded in 1386, is the oldest operating university within the frontiers of present-day Germany. Systems of academic titles, such as those represented in English by bachelor, master, and doctor, was formalized already in Medieval times. The academic title became a synonym for wisdom and reputation, and this is in turn a huge incentive to obtain one.

A Black Sheep in the Flock, or a Wolf in Parchment Clothing?

The pursuit of knowledge in academia is characterized by trust. As in most other organizations within society, people expect that their peers and colleagues will act in good faith. However, the incentive to cheat is considerable: the potential gains are huge and the risk of detection is limited–until recently. In the past, before the development of search engines and the widespread digitization of texts, it was much more difficult to discover plagiarism. In the absence of vast digital archives and libraries, as well as software able to locate strings of characters within these resources, the labor involved in verifying that a given text contained no plagiarized passages would be immense, and daily operations would grind to a halt in any institution that made a concerted effort to find them. Under such conditions as these, the plagiarist could rest easy on his academic laurels, in the confidence that no one would ever have the time or the initiative to ferret his dissertation out of an archive and investigate its sources. Those days, however, are gone—as Karl-Theodor Freiherr zu Guttenberg learned earlier this year.

Given the globalization of academia and the market for research, one can ask whether the land of Goethe and Einstein is not about to lose its international competitiveness as a result of its potentially anachronistic emphasis on academic degrees. Of course, institutions in all societies of the developed world have such degree systems, but it is in general more difficult to obtain an advanced academic title in Germany than in an American PhD program. The German system assures the value of the German degree, but it limits autonomous research and work – key characteristics for a doctorate in old times… In addition, Germany and other European nations also bestow a further degree required for progress in an academic teaching career, as for example the German Habilitation, while the PhD remains the terminal degree in the United States and the United Kingdom.

Reactions to the Guttenberg Case

Public reaction to the revelation of Guttenberg's plagiarism in Germany was split. Given that the pragmatic and widely popular Guttenberg was perceived as future chancellor material, many would have gave him credit for his political achievements sensed a political campaign behind the allegations. Others, however, condemned the minister. Although relatively unnoticed by the general public, a large group of professors from renowned Ludwig Maximilian Universität (LMU) in Munich wrote an open letter to Bavarian State Minister for Science and Education, Wolfgang Heubisch, asking him for his support in their condemnation of Guttenberg.

“Even in the case of minor breaches [to the code of conduct of academic work], no credit will be given for the academic work involved (and accordingly, no points in the European Credit Transfer System awarded). […Such breaches are however] minuscule in comparison to even the original allegations of unattributed citations in Karl-Theodor zu Guttenberg’s doctoral thesis. […We] want to be able to continue our efforts not only in maintaining academic standards but also in transmitting them to our students. This task must not be mingled with party politics. However, our task becomes increasingly difficult if politicians create the impression that plagiarism in the academic world is the rule rather than the exception and is only uncovered on rare occasions by members of the radical left. We ask that you, as the Minister representing our interests, help us in our quest and work to counter this perception publicly.”

Jürgen Mlynek, president of the Helmholtz Association of German Research Centres, expressed his in similar terms: “I am deeply concerned by the public discourse on plagiarism and attempts to minimize its seriousness. Science is characterized by truth, honesty and sincerity.” Truth, honesty, and sincerity—values that were trumped in the Guttenberg affair by party politics. Angela Merkel, for example, offered support of Guttenberg as the seriousness of his plagiarism was becoming more and more apparent, a political stand that Wolfgang Thierse, Vice-President of the German Bundestag, described as “schizophrenic.”

What will be the lasting effects of Guttenberg affair?

For now, Germany’s political landscape has lost a hero who was hyped too much, too fast. Guttenberg resigned from all political office by the beginning of March. A continuation of his political career may now be hard to imagine, but his reputation as a pragmatic and hands-on politician has not suffered greatly.

For academics, on the other hand, the affair just might help speed up the Bologna Process, an initiative among European nations intended to lead to academic degrees being comparable across Europe. Accordingly, some prospective academics will contend with much more severe review procedures than their peers faced in the past, and this may lead to some friction.