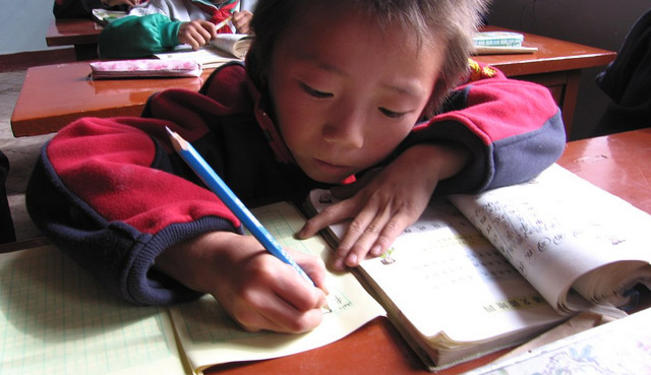 Can creative writing teach English to a new generation of students?

In America, the Master of Fine Arts in Creative Writing’s availability has steadily increased over its 76 years of existence. A catalog of stereotypes developed during its rise, including the “blind leading the blind” workshop, as Flannery O’Connor described it, the growing list of unpublished alumni, and the successful but stifled writer stuck in the academic machine. There are heroes in the literary world that champion the MFA system though, and for better or worse, programs have flourished on the American academic landscape, of which there are over 300 today.

China has picked up on the trend, and this would not be the first time Chinese universities followed in Western footsteps. But these creative writing programs are not mere doppelgangers. The MFA at Fudan University teaches creative writing in Chinese rather than English, and the low-residency program at City University strives to bring together students from diverse Asian backgrounds.

Creative writing is no new concept to China either; a long history of esteemed writers and poets can attest to that. Teaching creative writing at the university level is a young endeavor in China compared to its history in America, but nonetheless has existed for at least a decade. Writer Alex Kuo cites the first Hong Kong class as being taught at Baptist University in 1996, and the first class in mainland China as being taught at Beijing Forestry University in 2005.

However, none of these creative writing classes led to a specialized degree until now. The introduction of MFA programs may be a reflection of China’s attempt to revolutionize its higher education system. The Cultural Revolution significantly stalled the progress of education in the late ‘60s and early ‘70s. With its end in 1978 and a burst in population growth, came swift reforms emphasizing access to and quality of education. Over the years, education has continued to evolve in response to an increasingly cosmopolitan society that calls for the mastery of English and strong critical thinking and communication skills.

Viewed as a global language of commerce in China, English is introduced at an early age in school and is the only foreign language tested in high school and college entrance exams. Mastery of English determines not only what college but also what major a student is accepted to. The demand for English expertise is rising, as shown by the explosion of ESL schools and the growing use of English-dominated media, such as the Internet.

Many students are also pursuing higher levels of education: China’s Ministry of Education cites an increase in university enrollment by up to 30% a year from 1998 to 2008. Universities are responding, and change can especially be seen at the undergraduate level in Hong Kong. As the bustling island continues to open its markets to the world, more jobs are demanding cultural and lingual fluency in English. City University recently revamped their English degree to reflect this need, creating two new streams of study: the BA in English for Professional Communications and the BA in English for the Professions. Minors include English Language and Literature, Professional Communication, and Creative Professions. Their brochure states that the “goal of [a BA in English] is to train students to be innovative and creative users of the English language in a globalized society.”

China’s heavy emphasis on English has created a booming market for foreign language acquisition techniques. One of the most progressive methods is through creative writing. The skills needed to create novel combinations of words produce a student that is not only fluent in the language but also confident. Poetry especially, because of its rhythm, can be used to teach memorable grammatical structures and the stressed-unstressed patterns of the English language.

Outside of school, creative writing has overtaken extracurricular activities and American-style summer camps that encourage immersion, confidence, and creativity. Many of these camps have both expatriate students learning Chinese and native students learning English. The goal is the same regardless of which language is foreign: introduce students to the creative side of the language in order to interest them in furthering their speaking, reading, and writing skills. These independent programs have more flexibility and resources for hiring, allowing them to recruit Western-trained teachers who have experience with interactive, discussion-based classes. These teachers frequently carry advanced English or creative writing degrees.

The new MFA in Creative Writing degrees are extensions of established language and literature departments, which makes it appear that they are part of the journey to master English. The MFA at City University is offered alongside postgraduate degrees like the MA in Teaching English as a Second Language and the MA in English for Specific Purposes. The University of Hong Kong’s MFA website uses similar wording to indicate applicability, describing themselves as being able to “equip students with the intellectual skills to critically examine the creation of meaning in communication and train them to be linguistically well-versed leaders in a globalized and multicultural world.” But students in these MFA programs have gone through years of English reading and writing, and have to pass entrance exams to prove their language proficiency before they can enter a single writing class.

Regardless, MFAs teaching creative writing in English may continue to inspire programs like the young one at Fudan, and may lead to more writing classes taught at the undergraduate level. Whether students take these classes to write the next Harry Potter novel, become Han Han’s successor, or master English is beside the point. What matters is that these classes are introducing students to a side of academia that has long been in the Chinese university’s shadows. In a time when China is frequently accused of being an imitative rather than innovative country, these programs have a chance to encourage originality and effect how writing is viewed as a path of education and a career in China.

With more students attending college and new humanities degrees being offered, China is poised to go through a language and writing transformation in the coming years. The creative writing degree is just the first step.