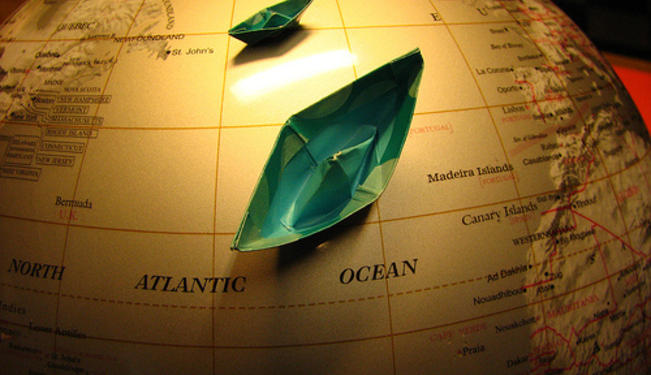 Kevin Kwok begins an investigation into the psyche of the student abroad, uncovering their feelings, lessons, and memories. This is the first in a series of two articles.

If you have studied at an institute of tertiary education during the past 20 to 30 years, chances are you were given the opportunity to study abroad or knew someone who did. The decision to uproot oneself from a comfortable environment and depart to foreign countries, ostensibly for academic reasons, is not one taken lightly by the students who do so; in the United States alone they accounted for 270,000 cases during the 2009-2010 academic year. Among them is the American who goes to Europe in search of “culture” and a lost ethnic heritage; the Chinese or Korean studying in America as long dreamt about by their families; the Indian who travels to England as one of the many million individuals continuing an enduring legacy of colonialism. The contexts may be different, but surely there must be motivations consistent in all those scenarios: innate curiosity? The desire to improve oneself? The spirit of exploration?

From late June to early July, I prepared a series of questions on the study abroad experience, and placed them before a cross-section of college peers, professional associates, and people met and befriended while abroad and residing away from my primary bases of Hong Kong and the United States. Their responses provided me with a glimpse into the study abroad experience for young adults of my generation, specifically on how only the student is instrumental to both the perceived highs and lows of the experience abroad, and also the intensity of each adventure he/she undertakes in strange and beguiling lands.

Inside the Mind of a Study Abroad Student

Academic institutions take very kindly to study abroad programs, often encouraging their students to indulge in the rewards of cultural immersion and intellectual satiation. The University of Chicago, which I attend, introduces their study abroad program as “blending the academic rigor and spirit of intellectual curiosity [… ] students gain cultural fluency and hone language skills.” These programs have the additional security of full academic credit plus eligibility for financial aid. But whatever methods a university may use to encourage their students, their efforts do not seem to visibly influence a significant portion of students. Instead, there seem to be three main trains of thought for people who make the decision.

There are first the students who have had their destination or motivations settled long before the opportunity to study abroad arose. This seems particularly common amongst students who choose to study abroad in East Asian countries such as China and Japan. This may have something to do with the wider geographic and linguistic disassociation from the West these countries experience as opposed to countries in Europe or Latin America.

Steven Pelcovits is one example. A recent college graduate who was part of a year-long study abroad program in Kyoto during his junior year, he would eventually leave for employment in Japan following graduation. Steven wrote the following in his response: “I have long been interested in Japanese language and culture, and I had spent a month in Japan during high school […]. I became enamored with the country and decided that I wanted to return during college.” Similarly, respondents who studied in China also voiced a long-formed interest in their destination.

Other students arrive at the prospect of studying abroad with far less well-formed ideas on where to study and why. Some embark on such a journey using a very logical process of examining the language of the destination, its locale relative to other countries or regions, and any professional benefits that may come with the experience. Andrea Nishi, a rising college senior at the University of Chicago, chose Vienna for simply practical reasons: “I knew that I wanted to spend my spare time travelling. Vienna offered a great gateway to lesser-seen parts of Europe, like Slovenia, Hungary, and the Czech Republic. Vienna […] served as the perfect home base for more adventurous travels.” Likewise, Javier Munoz elected to study in Sweden because of the opportunity to study in a “good university […] and because of the good English level of the population.”

Finally, there are students whose final destinations were not the ones they envisioned due to a variety of reasons. In such cases, students found themselves with a lack of prior information about their destination, and moved quickly to fill in basic gaps. Megan Chua, who spent one academic quarter in Jerusalem, professed that she “didn’t know too much. I went on Wikipedia to try and get a brief overview about the history of the city, but none of it really stuck”. Likewise, Dexter O’Connell travelled to Morocco for study abroad purposes, and expressed a similar sentiment in that he “didn’t really know much about Morocco” upon learning that he would be going there, but reached out to his girlfriend who quickly gave him a basic rundown on the languages used in Morocco and its political state.

Interestingly, of the students in this group, many chose not to try and comprehensively fill in their gaps of knowledge when it came to their destination. When asked why, Dexter responded that it would be best to “let the country speak for itself”; Megan thought it was important “to go in blind, and experience things as they came.”

And How Do They Feel?

The way students felt about their trip are also strongly linked to how they decided upon their destination. Steven’s study abroad experience was cut short by a month following the Fukushima disaster, but by then he had already found himself wishing that his program was for longer. Steven’s long admiration and exploration of Japanese culture, even whilst not in Japan, meant that he did not fight the cultural immersion that occurred during his trip and rather submerged happily into it. “It felt just like home” according to Steven, and while this was not necessarily shared by respondents of similar devotion to another East Asian country, China, the elucidation of glee and warm satisfaction was apparent for those who had always known where they wanted to study abroad.

Meanwhile, students who were not given too much time to deliberate and dwell on their decisions reported a far more overwhelming and intense experience. Megan made note of Israel’s gloomy political situation when commenting on the length of her study abroad program, and how the fragility of daily life in Israel seeped into her appraisal of the experience. Dexter, describing an episode in which he was surrounded by a rowdy crowd of fanatical Moroccan football fans, made note of how he had written out other equally memorable stories when responding to the survey before discarding them due to time and space constraints.

These comments and feelings were conspicuously missing from the answers of respondents who had very logically arrived at their study abroad decisions on. As an example, Javier’s responses did not feature the same extended storytelling as with Megan or Dexter, and instead were composed only of generalities of “feeling culturally closer to my destination than my home country”, or that “the culture and the people” of Sweden were the most valuable parts of his experience. However, while the experiences of these respondents were not as visceral, almost all signaled that they had a pleasant time studying abroad uninterrupted by setbacks or general misfortune. Even Andrea, one of the few “logical” students who did not report an unremittingly pleasant experience due to two separate occasions of harassment whilst commuting, acknowledged that the trip was still a pleasant interlude that proved crucial to developing her immediate future: “Being abroad gave me a nice break from the university environment to think about what I wanted out of the rest of my studies. I really needed to buckle down and pick a major.”

The second part of this article will examine the answers of respondents who have studied abroad in China.