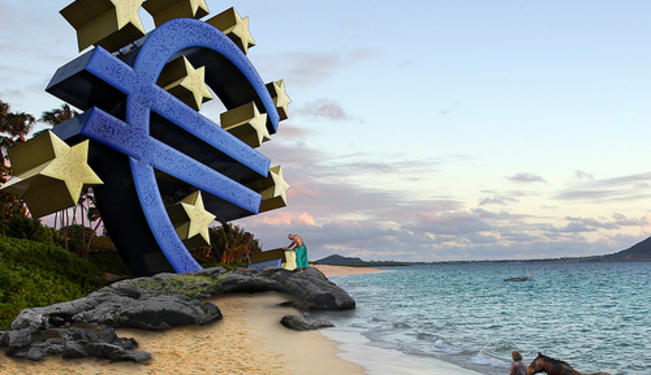 Commentary on how Europe can strengthen trust in its banking network.

Systemic fragility in the European banking sector predates the Greek fiscal crisis. It was revealed by the subprime/Lehman shock of 2007-08, and has never been properly addressed since then in spite of successive “stress tests.” In recent weeks, several senior policymakers have become more explicit on the need for a “banking union” – in other words, a federal framework for banking policy. Among them is Christine Lagarde, managing director of the International Monetary Fund (IMF), who on April 17 said, “To break the feedback loop between sovereigns and banks, we need more risk-sharing across borders in the banking system. In the near term, a pan-euro area facility that has the capacity to take direct stakes in banks would help. Looking further ahead, monetary union needs to be supported by stronger financial integration, which our analysis suggests should be in the form of unified supervision, a single bank resolution authority with a common backstop, and a single deposit insurance fund.” The European Central Bank President, Mario Draghi, echoed these words at the European Parliament on April 25, declaring that he saw “financial stability clearly as a common responsibility in a monetary union” and that ”ensuring a well-functioning Economic and Monetary Union implies strengthening banking supervision and resolution at European level.”

Many academic observers now agree that a banking union, together with some form of fiscal union, is a necessary condition for a sustainable Eurozone monetary union and for a resolution of the current crisis. But in spite of the creation of a European Banking Authority last year, the action taken so far has been modest. Spain is a case in point: Madrid could have appealed to the European Financial Stability Facility (EFSF) for a loan specially targeted at recapitalizing its banks, but it has preferred to go it alone with the nationalization of ailing champion Bankia, and a new round of property-related write-downs that have provoked much market skepticism.

Several reasons explain why banking policy integration is difficult. The UK, Europe’s dominant financial hub, is not a Eurozone member and resists any encroachment on its supervisory sovereignty. Some member states remain committed to bolstering national banking champions or to protecting links between local banking and political communities – links that effectively make the banks instruments of the state’s industrial policies. The ability of debt-burdened governments to pressure domestic banks into buying their sovereign debt, also known as financial repression, is another impediment to change. Of course, a banking union would potentially involve controversial financial risk-sharing or cross-border transfers.

These constraints prevent Europe from moving in one step to a consistent architecture for its banking union. European leaders eager to discuss how to prevent the next crisis are often in denial about the current one. Their rhetoric tends to evoke an imaginary world in which finance is stable, economic incentives are aligned with social responsibilities and moral sentiments, and public authorities understand the financial system perfectly. From a policy perspective, such flights of fancy are an increasingly unaffordable luxury, especially in light of the urgent need for crisis management and survival.

Three priorities are obvious. First, the banks must share risks as widely as possible. It is unreasonable for European governments to reimburse all creditors of failed banks, including senior unsecured creditors in all cases to date (except for two banks in Denmark and a few very tiny ones elsewhere) and subordinated creditors in almost all cases in Continental Europe. In the US, by contrast, almost all restructuring processes have forced creditors to take heavy losses, except for a handful of prominent cases (Bear Stearns, Fannie Mae, Freddie Mac, AIG, and the carmakers). A European approach should avoid the perverse incentives that have held taxpayers hostage to failed banks’ creditors. There are many complex legal and financial issues at stake, but ultimately the choice is political.

Second, Europe needs an operating capability to restructure banks without having to rely on national authorities that have failed their supervisory duties. This objective requires building up an effective temporary task force of restructuring professionals who can intervene quickly on behalf of the entire Eurozone and manage corresponding legacy assets. Such tools do not currently exist. The Swedish Bank Support Authority of 1992, or in a different context Germany’s post-unification Treuhandanstalt, are relevant precedents.

Third, and most urgent, retail bank runs must be prevented. The best way would be for the EFSF or its successor fund to explicitly guarantee all national deposit insurance systems in the Eurozone. Such “deposit reinsurance” would bolster the integrity of the Eurozone and immediately enhance trust in its banks. Of course, strong European-level supervisory structures should eventually be built to prevent moral hazard. It will take more time to combine these different pieces into a consistent European banking policy framework. The current moment calls not for perfect fine-tuning, but for swift and bold commitments.

*[This article was originally published by the Peterson Institute for International Economics on May 18, 2012.]