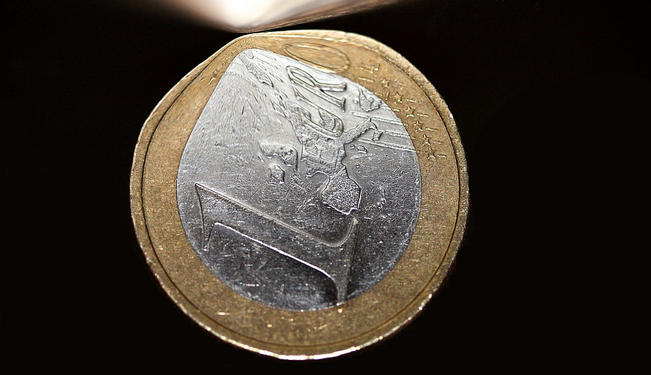 The bailout of Spain’s banks over the past weekend was necessary, but it may not be sufficient.

The construction bubble in Spain left the nation deeply in debt. Spanish banks have not properly acknowledged this debt, and this has sapped investor confidence in them.

Real estate prices in Spain have not fallen as much as they have in Ireland, nor has competitiveness in Spain’s housing market improved. Unit labour costs remain high, although Spanish exports have been fairly buoyant.

The new Spanish Government has introduced sweeping labour market reforms that will improve Spanish growth potential in the next few years. But this is not immediate enough to kick start the Spanish economy today. The true financial position of many Spanish regional governments remains obscure. And this also saps confidence.

Greece, despite all the austerity, retains a large balance of payments deficit. In other words, Greeks are buying more abroad than they are selling at home. Until the import/export balance is reached, other nations will not want to lend to Greece. It seems Greek banks are using cheap ECB money to lend to some Greek consumers who are spending it abroad.

Meanwhile, other Greeks have experienced significant wage cuts. However, because the distribution system in Greece is riddled with monopolies and restrictive practices, Greek prices have not come down along with wages. This has left many Greeks angry.

It is not that Greece has had too much austerity, but rather that it has had misplaced austerity. So far, that problem has only been tackled on paper, because the Greek system of public administration is weak.

Portugal is particularly vulnerable to any loss of confidence that might result from another Greek default. Portuguese banks have a big exposure to a possible Greek collapse. Total Portuguese exposure to Greek debt comes to 7% of Portuguese GDP, as against a comparable exposure of 5% for France, 4% for Germany, and 2% for Ireland. Relative unit labour costs in Portugal have hardly fallen at all since 2007, whereas they lowered substantially in Ireland and Greece.

Another pressing concern is the recent decline in voter confidence in Italy. Mario Monti’s reform program is only beginning to take effect. The country fears a return to populist politics that would stop Monti’s long overdue actions to clear the arteries of the Italian economy and lift its growth potential .

Two issues are at the center of our present dilemma: growth potential and political capacity to implement decisions.

Interestingly, Spain has a growth potential of 2.3%, whereas Greece and the Netherlands are deemed to have a potential of just 1.4%, and Italy 1.5%, almost as low as Germany. These figures, if valid, may explain why Germany is emphasising productivity and is unwilling to underwrite the debts of other countries, unless and until it is first fully convinced that those countries will achieve or, better still, improve their growth potential.

These figures also imply that countries receiving help today may have to give help to others in 15 years’ time.

The other part of the problem is the creation and implementation of decisions at the EU level. Currency depends on confidence, and confidence comes from knowing that quick action can be taken in a crisis.

Although the EU has done much in the past three years to remedy the original design flaws in the euro, it still has a very long way to go. And the markets may not be able to wait another three years.

The EU system is designed for deliberative and consensual legislation, not speedy crisis management. A banking union in the euro zone would need strong capacity to close down banks in individual countries, to require agreed bail-ins by bondholders, as well as the provision of funds to guarantee depositors. However, the EU is not designed to make and implement complex and controversial decisions like this quickly.

The EU has to cope with a decision making process that emphasises the national over the collective European interest. If an unforeseen problem arose, the EU would have to amend its treaties. This would require ratification in 27 countries and a referendum in at least one of them.

Not only is the Council of Ministers structured to favour the pursuit of national interest, but even the European Parliament still allocates its own big jobs on the basis of national quotas, something it would be quick to condemn if it happened anywhere else in Europe.

Because no European leader, like the President of the Commission, has a direct mandate from the European people, the really important decisions are being made by the 27 heads of Government, who each have such democratic mandates in their own countries.

But each of these women and men are “part-time Europeans.” Their day job is running their own countries (and getting re elected if they can). They meet less frequently together than national cabinets do. And when they do meet, the 27 people in the room make it difficult to get into the depths of any question, or to look beyond the immediate problem.

The euro crisis is of a magnitude that requires us to step outside the conventional ways of thinking, and tackle the economic and political problems of Europe together. If necessary, leaders should continue meeting until they have worked out a global blueprint, covering the present banking crisis, the Greek issue, structural reforms to lift growth potential, and enhancing democratic decision implementation. Sometimes, the more issues in the mix, the easier it becomes to find balancing compromises.

We do not have much time, and we need to remember that we could lose, in five months, something it took over 50 years to create.