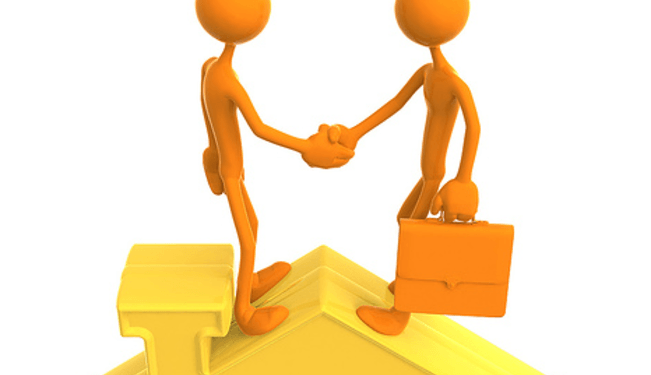 The inevitable deleveraging of Europe’s banks calls for promotion, rather than repression, of non-bank credit channels as a key growth factor for the European economy.

The financial systems in the United States and Europe have long differed on an important aspect. In Europe, most of the credit flows through the banks. In the US the bank channel is less dominant, and borrowers gain access to capital directly by issuing bonds or through “non-bank” intermediaries that do not take deposits and are not regulated as banks. An oft-quoted measure is that in Europe banks represent more than two-thirds of total credit, whereas in the US the proportion is less than one-third. In the past few years of crisis, this difference has mattered decisively.

To begin with, the securitization of residential mortgages in the US went wild in the mid-2000s and was the initial trigger of market turmoil in the summer of 2007. Many continental Europeans have concluded that their bank-based system was less risky or more virtuous. But the subprime securitization debacle, severe as it was, has been one part of a more complex story. Many European banks have made risk-management mistakes just as massive as the reviled originators of US securitization deals. Spanish or Irish banks anticipating a never-ending property boom, or failures such as Dexia in France and Belgium, Hypo Real Estate or WestLB in Germany, or RBS in the UK, are sad reminders that Europeans have no grounds to feel complacent about their own system.

Another less visible point is at least as important. Systemic banking crises are almost inevitably followed by a scaling-back of many credit activities by most banks, a process known as bank deleveraging. In the US, this process has not been traumatic largely thanks to the flexibility and versatility of the system: while banks reduced their exposure, other channels of credit stayed active or expanded, and the credit squeeze was mitigated. By contrast, in many European countries, when banks started applying more restrictive lending standards, there were few substitutes to help even to creditworthy borrowers. Thus, in much of Europe credit provision is impaired, and the situation is likely to worsen further in the near future.

To some extent, governments can intervene to provide incentives via targeted guarantee schemes or to extend credit with direct lending. The UK is creating a Business Finance Partnership to lend to medium-sized enterprises, and both leading French presidential candidates want to create new public banks. But this kind of intervention also entails big drawbacks. Not only are many sovereign balance sheets strained; past experiences of government-directed lending have generally been sobering, as the process tends to be prone to capture by politically connected special interests, resulting in large misallocations of capital. Therefore, encouraging non-bank credit provided through the private sector should be a major public policy objective.

Unfortunately, in much of Europe and at the EU level, policymakers seem unaware of this need. Instead, the European Commission has frequently appeared to take a punitive approach to non-bank credit channels, particularly in its regulation of investment funds and its latest project to regulate credit rating agencies, which play an enabling role in corporate bond issuance. The Commission also wants to tighten the regulatory screws on “shadow banking,” which the Financial Stability Board has defined as “the system of credit intermediation that involves entities and activities outside the regular banking system.” Some aspects of shadow banking, including securitization but also other types of entities or transactions, can contribute to systemic risk. But that risk does not justify repressing shadow banking in general. Some segments need to be regulated through rules of business conduct rather than of capital or liquidity. Other segments simply need better transparency and monitoring. In some cases, existing regulations should be dismantled: it makes no sense, for example, for several EU countries to prohibit leasing services offered by non-banks.

Making the transition from a bank-dominated system to a more diverse one in which non-bank credit plays a bigger role is difficult. Issuing bonds or other fixed-income securities requires high standards of financial disclosure, which is resisted by the culture of many medium-sized companies or banks in a number of European countries. Legal and regulatory differences across borders inside the EU also do not help because they contribute to fragmentation of some financial market segments.

But such legacies must be overcome if the goal is to minimize the risk of credit crunches in large parts of Europe, particularly the struggling southern Eurozone periphery. Incumbent banks are skillful at opposing diversification of credit channels as unfair or dangerous, but their lobbying should be seen as merely self-serving. After all, the financial crisis has been primarily a banking problem, and private equity or hedge funds have been proven to pose less systemic risk than was feared before 2007. The majority of European policymakers who still see finance and financial regulation through the prism of traditional banks need to expand their horizon, so that non-bank credit channels stop being unduly repressed. This is not about financial doctrine, but about long-term growth and jobs.