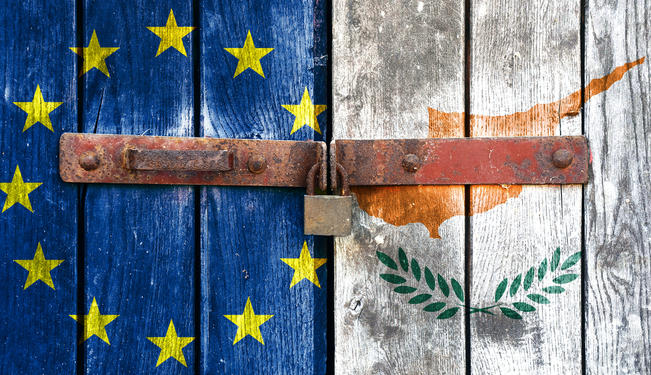 With the great amount of debate, chatter, and serious analysis about the EU’s financial rescue of Cyprus from insolvency and potential departure from the euro zone, many wonder if the EU policy emerging from the Cypriot “bail out” will have a lasting impact on the political and economic integration of Europe.

In my view, the European Union’s (EU) rescue of Cyprus will be seen as a milestone event, and will have a lasting impact on the EU’s ability to manage the process of European integration and the future integrity of the euro zone for key reasons.

The EU leadership has suffered another loss of credibility. The fragility of the Cypriot banking system was a surprise to no one. The potential financial rescue of Cyprus was on the EU agenda for months as Cypriot banks remained fragile since the write-down on the value of neighboring Greece’s sovereign debt, having owned more than their shared. However, when it finally came to negotiating an agreement on the Cypriot “bail out” deal, the EU process became a last minute exercise in brinkmanship between EU finance ministers, the European Central Bank, and the Cypriot Parliament. Consistent with past behavior, EU leadership also showed a lack of foresight and sensitivity to potential financial market reactions to their policy actions and words. It was a missed opportunity to show proactive EU management of another chapter of the debt crisis, one that doesn’t instill confidence that EU leadership is capable of keeping the euro zone together.

The "political will" of the EU fragmented further. The EU is a political union to create peaceful economic prosperity through a unified political will to overcome diverse interests, as it has been since its post-WWII inception. The Cyprus rescue illustrates the degree to which the EU political will is again fragmented, and that the euro debt crisis isn’t over. Over the course of the last year, German Chancellor Angela Merkel had demonstrated pragmatic leadership by balancing the policy objectives of her German constituency to curtail financial transfers to debt-burdened “peripheral” member states, while also being more lenient on some policy measures towards those “peripheral” countries making progress on reforms. In the Cyprus rescue, however, she seems to be now siding fully in sympathy with her “bail out”-weary German constituency, certainly in anticipation of upcoming national elections. Chancellor Merkel and other EU leaders will find it increasingly difficult to formulate balanced policy as political extremism consolidates between those who refuse to "bail out" the periphery, and the periphery that wants no part of the "bail out" medicine of austerity measures. The deep-set trends of social and political fragmentation will continue, and are at the root of the EU's policy departures in Cyprus.

The European Central Bank will not do “whatever it takes” to keep the euro zone intact. While ECB President Mario Draghi has gone above and beyond what most expected of him to keep the euro zone together, he will not use ECB policy mandate to do “whatever it takes” to protect it. He certainly will not protect insolvent banks, nor should he. Though he criticized the EU’s bailout plan, he also faulted Cyprus and emerged as taking a hardline stance in negotiating the terms for Cypriot banks. The chairman of the Bank of Cyprus, Andreas Artemis, quit following the negotiations, complaining he was ignored during the negotiation process regarding the future of the bank.

The important thing to remember is that Cyprus is not “unique” and its “bail out” has policy implications for the future. In spite of the country’s unique “business model” of relying on financing from large depositors from the former Soviet Union, Cyprus is not an isolated case. Each EU country on the list of “peripheral” nations that has unsustainable debt is unique in its own way, each due to an excessive practice of its own. As a consequence, policy emerging from the Cyprus “bail out” is relevant to future potential rescues. EU leadership has already stated that the Cypriot bail out may become a blueprint for future rescues, a public knowledge that can create a contagion of the worst type: fear. With the confiscation of deposits as a potential new policy tool, the EU can expect money from individuals and corporations to flee banks in countries that are candidates for EU “bail out” assistance over time.

There has always been a foreign policy component to economic blocks, as there has been throughout the history of the EU. In the current era, foreign policy aspects of the EU are less accentuated, particularly the East-West relations. However, Chancellor Merkel expressed concern when Cypriot authorities, who upon initially saying “no” to the rescue plan, sought financial aid outside of the EU, from Moscow. Cypriot Finance Minister Michalis Sarris flew to Russia to seek a deal, but returned to Cyprus rebuffed by Moscow and unable to secure financial support. Chancellor Merkel expressed irritation at the absence of Cyprus authorities as the deadline approached.

It is easy to speculate that Cyprus could eventually exit the euro zone in spite of the current “bail out.” Cyprus already faces deteriorating economic conditions and a devastated banking system. The country will face the lasting political and social repercussions of bearing the costs of austerity and prolonged recession that staying in the euro zone will require of the Cypriot population. If Cyprus were to exit, in itself a very costly alternative even if negotiated with the Troika, the country could again look to Moscow for financial support, thereby creating geopolitical tensions within the EU.

Looking forward, Eastern European countries that are prospective euro zone members may question joining the euro zone. Polish Prime Minister Tusk is considering a referendum for Poland, an economic powerhouse, on joining the euro zone as he likely ponders the benefits and costs of doing so. There are, however, more benefits to joining the EU than not and it is likely that Poland would eventually choose to join even if the popular vote were against it.

But investor sentiment in EU policy is damaged: it is common knowledge that investor confidence is a critical factor in successful European integration and that no Euro country can manage its financial markets, nor hope to meet the financial convergence criteria (that qualifies to maintain a Euro membership) without favorable investor sentiment and the resulting inflow of investor capital. Unsettling to investors is the unprecedented measure of introducing capital controls to restrict capital flight from Cyprus. The measure also technically creates a second Euro currency, one that has restrictions in Cyprus, and one that does not in other member states.

Disintegration of the Euro Zone?

Against the backdrop of the well-understood structural problems in the euro zone, the headwinds of bail out fatigue, a European recession, social unrest, and euro-pessimism, integration remains particularly vulnerable to political mismanagement. The EU decisions on the Cypriot “bail out” plan is one such milestone case of mismanagement as it has already contributed to financial loss, further investor anxiety, social unrest, capital flight, currency controls, nationalism, and further disruptions, to name but a few measurable and immeasurable impediments to further euro zone integration. The policy effects on Cyprus are just beginning. The implementation of the “bail out” policy will also have lasting effects, as Cyprus is likely to face a severe recession, teeter on the cusp a euro zone exit, and remain as the top candidate for a euro zone departure in the years to come.