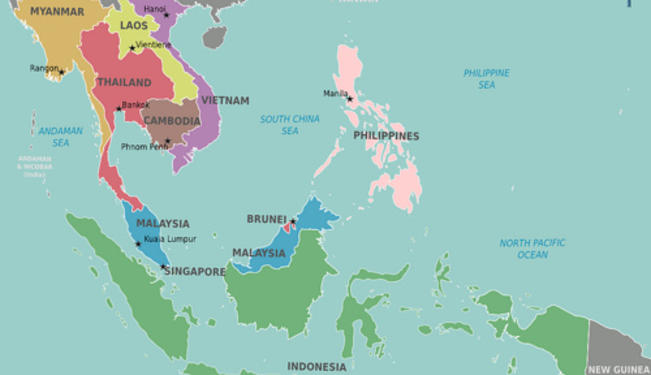 In the middle of the Asian crisis in August 1998, I pleaded in the Singapore Business Times for the establishment of an Asian Monetary Union (AMU) with a single Asian currency along the lines of the European Monetary Union (EMU), until 2025. The paper summed up my piece by stating: "The good professor is clearly no subscriber to the theory that in the long run we are all dead." This is a perfectly agreeable summary of my assessment concerning the AMU even today, 13 years later. The establishment of an AMU is a political decision that can only be made when the time is ripe; once a number of political and economic prerequisites have been fulfilled. Europe witnessed 50 years of market liberalisation and economic integration with about 30 years of debate over a monetary union before the EMU was realized in 1999.

First and foremost, a common Asian currency would generate substantial political and economic benefits. From a political point of view, the bundling of several countries' power would give an AMU more clout in the global context, for instance vis-a-vis the established economic superpower US, the emerging superpower China, or international organizations such as the International Monetary Fund (IMF). Individual AMU member countries would no longer have to feel marginalised by global exchange rate developments—as during the Asian crisis 1997 to ‘98—but could participate in a common AMU decision-making process.

This aspect leads to the discussion of the economic benefits of a common currency. The irrevocable fixing of exchange rates between AMU member countries implies the elimination of exchange rate risks within the club. This would make it easier to live with the exchange rate volatility vis-a-vis the dollar or the euro. This is an important argument for Asian countries that have suffered in the past from the volatility of the dollar exchange rate and the impact of irregular intra-Asian exchange rate developments. Moreover, the risk that one country tries to escape the impact of a crisis by imposing capital controls, would no longer be virulent. An AMU would provide greater support for trade, reduce currency-related hedging costs for companies, and provide support for long-term investment.

Having said that, there are further points to be noted. The introduction of a single currency in Asia would also increase price transparency and thus foster competition and growth.

One lesson learned in Europe, however, is that the adoption of the euro has been insufficient in promoting sustainable growth. The introduction of a single currency must go hand in hand with the further opening of markets and structural reforms. Last but not least, it would create a large and liquid integrated financial market for the AMU countries as deeper and better-connected financial markets would benefit Asia. An AMU would be able to offer broader investment and financing opportunities such as improving access to bond markets for financing budget deficits and corporate investments. Europe—despite the mishaps in the present sovereign debt crisis, which has been wrongly described as a “Euro crisis” (as the Euro has neither a weak exchange rate nor a poor inflation performance)—may be a model case here. The introduction of the Euro has provided a strong stimulus to joint financial market legislation and capital market integration.

Also, the Asian dependence on the vagaries of US economic, monetary and exchange rate policies, and constantly diminishing possibilities of a natural hedge sends a clear message: an Asian currency is the sorely needed solution.

Which countries should become members of AMU?

There is no institutional framework in Asia comparable to that of the EU. Nevertheless, it is quite obvious that the process of an Asian monetary integration can be started via existing institutions. ASEAN-10 would be an appropriate incubator for the process as a network for political and economic cooperation. However, there are also arguments that the ASEAN-10 is too small and that the regional heavyweights should be included. There is talk about an ASEAN+3 (Japan, China and South Korea) or even ASEAN+4 (i.e. including India), which implies that heterogeneity within the club would increase. On the one hand, an AMU needs appropriate economic (and political) weight in order to gain global clout. On the other hand, it is obvious that the greater the heterogeneity, the more difficult will it be to agree on launching an AMU and making the monetary union a success. Therefore, an ASEAN-10 (or even ASEAN minus X) could become the nucleus for AMU. Considering the experience with the EMU, meeting a set of convergence criteria as well as setting up regulatory rules especially concerning fiscal policy, would appear to be indispensable for entry into an AMU

Intermediate steps for a roadmap to an AMU

One big issue in the run-up to an AMU is communication with the populace, companies, and banks in order to win broad public acceptance for the project and to pave the way for the credibility of the common Asian central bank. Until such a grand project gets off the ground, it would be most welcome if institutions with a special interest and competence in the issue were to promote debate and research in an AMU.

Secondly, action should be taken regarding an intensification of monetary and exchange rate cooperation well beyond the Chiang Mai Initiative, which established a network of bilateral swap arrangements between Asian countries in the aftermath of the Asian crisis of 1997 to ‘98. An intermediate step could be the establishment of an Exchange Rate Mechanism (ERM) between those Asian countries that are willing to—subsequently—become members of an AMU. The partner countries have the obligation to intervene if the exchange rate of a currency is weak and threatens to breach the fluctuation margin. Such a mechanism has two functions: First helping to stabilize the exchange rates in the run-up to an AMU and the irrevocable fixing of the exchange rates. Secondly after the start of AMU, an ERM can serve as a waiting room for latecomers on the road to joining the union.

Another interesting approach would be to launch an Asian Currency Unit (ACU), which should obviously be designed as a weighted basket of Asian currencies to develop regional bond markets and promote monetary cooperation. Europe also developed such a currency unit called the ECU, which played a particular role on financial markets for the issuing of bonds.

Also, an AMU would need a legal framework, an Asian “Maastricht Treaty,” in order to launch the project and to give it a clear perspective. A legal framework would also be necessary to lay down the core elements of AMU, the rules of transition, and the timetable for implementation.

Does the current “Euro crisis” argue against AMU?

Quite a large proportion of the international financial community considers that the difficulties afflicting Europe in 2011 in its banking sector and with some countries’ sovereign debt constitute proof of the superiority of a floating currency regime.

However I take a more nuanced view: Countries that are very closely integrated in terms of goods, services, and financial markets should have a common currency if their stability orientation is reasonably homogenous. An efficient mechanism for policy coordination is required to assure financial markets that competitive risks within the currency union are controllable. An efficient stability and growth pact with automatic sanctions in the event of the rules being broken might suffice. A better concept, however, is some form of political union within the currency club with a limited budget at the club level itself. These preconditions for an AMU are another reminder that such a solution is still more than a decade off.