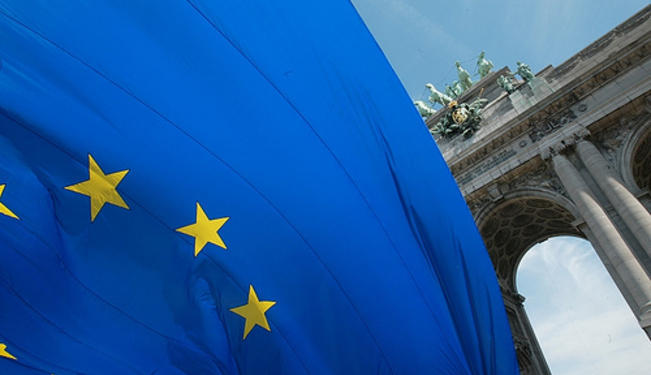 Why the world should care about the European debate on bank capital requirements.

The European Union’s finance ministers are furiously debating a piece of legislation known as CRD4/CRR (the acronyms stand for the fourth Capital Requirements Directive and the Capital Requirements Regulation). The measure is intended to implement the Basel III accord on bank capital, leverage, liquidity and risk management, which was adopted at the global level by the Basel Committee on Banking Supervision in late 2010.

There are two main unresolved issues. First, the legislation’s departures from the Basel III Accord; and second, whether individual member states should be allowed to impose core prudential requirements (known in the Basel jargon as Pillar I) beyond the commonly agreed minimum, especially as regards capital ratios.

The first item matters not only for the European Union but also from a global perspective. The current EU debate is mostly about the definition of capital, and especially the exception for so-called “silent participations” in some German banks and the capital treatment of insurance subsidiaries, which affect some large French banks among others; on both items, the CRD4/CRR draft is seen by many observers as not compliant with Basel III.

The issue is part of a broader question. The European Union was a strong promoter of internationally consistent financial standards before the crisis. Its stance helped EU institutions fulfill their own agenda of single market harmonization. The EU adoption of the original Capital Requirements Directive (implementing the previous global capital accord, known as Basel II) and its adoption in 2002-05 of International Financial Reporting Standards (IFRS) arose from an alignment of interests between EU institutions and global standard-setters. EU institutions viewed such harmonization as an overriding good superseding any misgivings they may have had about a particular standard’s content. There were exceptions of course. For example, the European Commission “carved out” some parts of an international accounting standard on financial instruments (IAS 39) when it was endorsed into EU legislation in late 2004. But the general picture was very consistent. This made the European Union unique in the global context, as a consistent champion of global standards even when it did not determine their content (Elliot Posner and I analyzed this dynamic in a 2010 paper [pdf]).

The crisis has changed the dynamics between the European Union and global standard-setters. EU institutions now seem to care more about the content of the standards than about global harmonization or convergence. This is not necessarily a conscious change: in both the Commission and Parliament, most people still see the European Union as an internationalist player. But in practice the European Union now looks more like the United States, in favor of global standards when it “likes” them and not in favor when it “dislikes” them. The European Union’s new position is complicated by the lack of a consistent policy infrastructure to determine whether a standard is “liked” or “disliked.” As a consequence, the process is more often than not vulnerable to special interest pleading. Meanwhile, global standard-setters have lost the EU as a consistent global champion as it had been in the previous era.

Many EU officials underestimate the potential of the CRD4/CRR legislation undermining the global authority of the Basel Committee. Many other jurisdictions are carefully watching the EU legislative debate. If the European Union adopts final legislation that is not compliant with the definition of capital under Basel III, other countries could well introduce deviations of their own, dictated by local special interests.

The United States, in delaying its own proposals for Basel III implementation, has not helped the situation. In November 2011, Federal Reserve Board Governor Daniel Tarullo announced that a public regulatory proposal to implement the Basel III accord in the US would be unveiled in the first quarter of 2012. We are in early May, and still waiting. This is a regrettable failure of US leadership. A published American proposal compliant with Basel III would encourage the European Union to comply as well. Also disappointing is the delay by the US Securities and Exchange Commission on adoption of international reporting standards, which has undermined the global credibility of IFRS. Almost everybody accepts that domestic political constraints are preventing the United States from adopting all IFRS standards in the short term or even setting a firm date for complete adoption. But the SEC’s “condorsement” [pdf] concept allows for a lot of flexibility in terms of gradual adoption. The SEC’s inability to commit itself to even a minimalist condorsement schedule undercuts the quest for global financial reform.

The second big issue in the CRD4/CRR debate is more of an internal EU matter. The European Commission favors a “maximum harmonization” that would prevent member states from raising their Pillar I capital requirements above a commonly agreed minimum. The argument is that harmonization in this fashion would minimize competitive distortions inside the European Union. But the main distortion by far in the EU market for banking services is the fact that most of the bank supervision /resolution policy framework remains national, pegging banks’ financial health to the situation of their home-country sovereign. This link has disastrous effects these days, particularly in the euro area. The Commission’s Directorate General for the Internal Market and Services (DG MARKT) has failed to address this distortion. A legislative proposal on bank crisis management and resolution, which is not even published in draft form, should have been advanced forcefully and as far back as mid-2009. Had it been put forward, it could have preempted diverging legislative moves on national resolution frameworks adopted already by many member states.

Given this failure, the Commission’s assertion that higher capital requirements in Sweden or the United Kingdom would harm a single market rings hollow. The Basel Committee has explicitly stated that its standards were a mere minimum and that individual jurisdictions were encouraged to go beyond them, as Switzerland has already decided to do. In its comment letter on the CRD4/CRR proposals in March, the European Systemic Risk Board has come up with a balanced proposal that would combine freedom to decide macro-prudential measures in individual member states, including by raising Pillar I capital requirements, with the need for EU-level coordination. These proposals make sense and should be endorsed in the final legislation.