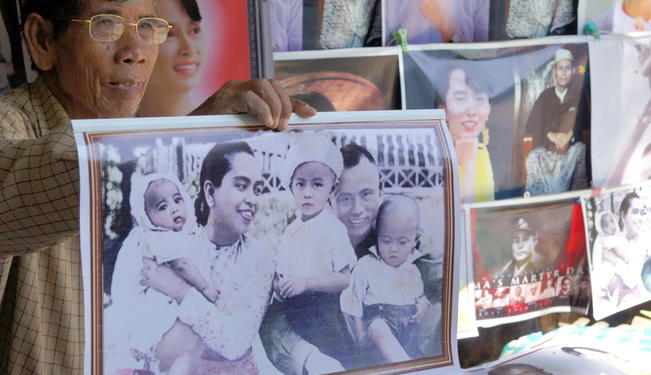 Myanmar's new government has been quick to welcome Western leaders while hastily distancing themselves from China. The move is potentially dangerous due to the country's domestic situation.

Myanmar has recently become the center of attention in the growing competition between China and the US for influence in South East Asia, dubbed by D. Suba Chandran as the Eastern “Great Game.” Following the relatively successful elections of 2010, Myanmar (Burma) has been praised by Western powers, especially the US, for its commitment to democratization. Call it democracy with Burmese characteristics if you will, but the lingering strength of the military in Burma, as well as consistent fighting in the ethnic autonomous regions, still remains and poses a serious threat to continued reforms. Despite their differences, the population of Myanmar does seem to be united in one regard; that is in the ongoing push back against Chinese investment and development in favor of improved economic cooperation and diplomatic relations with the West.

Myanmar’s push back against Chinese influence culminated in August 2011 with the very public closing of the Chinese-funded Myitsone Dam by President U Thein Sein. During the announcement, President Sein indicated that he was merely listening to the "the will of the people.” This statement marked the waning of China’s influence in Myanmar in favor of the new government’s desire to establish its democratic legitimacy. According to Yun Sun, a visiting fellow with the Brookings Institution, China was caught off guard by the announcement and has considerably misjudged the situation in Myanmar. The Chinese had assumed that Myanmar would remain loyal to their investments and funding in exchange for political cover and investment. According to Sun, this serious miscalculation occurred because the Chinese underestimated the strength of the democratic movement in Myanmar and level of anti-Chinese sentiment among the public.

Following the lifting of Western sanctions, Myanmar has experienced an influx of investment interest and diplomatic attention from formerly unfriendly nations. Landmark visits from former US Secretary of State Hillary Clinton and President Obama, President U Thein Sein’s recent visit to the US, and ASEAN’s commitment to support Myanmar’s position as chair in 2014, display the warm reception the reformist Burmese government is now receiving, going from pariah to role model in just a few short years.

However, the government of Myanmar should be wary of its newfound popularity. The peace in Myanmar is fragile. Fresh rounds of fighting between ethnic Rohingya Muslims and Buddhists in Rakhine State are part of a renewed conflict. The Kachin Independence Organization of Kachin State has been in and out of Chinese mediated talks for some time, while the United Wah State Army in Shan State has reportedly been preparing for an imminent government military attack. New political freedoms, such as freedom of the press, have also brought a renewed sense of responsibility and added pressure to the Burmese political environment. If any of Myanmar’s numerous internal problems were to escalate, Myanmar’s response would be closely monitored by major regional and global powers. Any response deemed improper by the international community, whether due to the use of force or a reversal of democratic reforms, could lead to Myanmar finding itself on the outside looking in yet again.

Myanmar’s ongoing ethnic and religious conflicts represent a massive threat to its stability and its delicate position within the international community. In similar situations in the past, where internal conflict has led to international condemnation, Myanmar could be forced to turn to the nation it is now choosing to shun: China. The US Japan, South Korea, and the EU should be regarded, at best, as fair weather friends. While the US equation may be different thanks to its "pivot" to the region, and apparent attempts to rebalance influence away from China, it is unlikely that it would be willing to overlook any reversion to the former junta style of governing. However, if the US is seriously attempting to "contain" the rise of China, as so many in China believe, it may be willing to stick it out in Myanmar for the right price. That price could mean some amount of prolonged military presence as collateral for assistance in stabilizing the nation, among other possible scenarios suggested by Berntil Lintner here.

In the former situation, where the US and its allies distance themselves from Myanmar, what other option would the Burmese government have but to turn to China for support? It is fair to say that China has been excessively generous to Myanmar in the past, providing pivotal preferential loans and subsidized infrastructure investment, albeit in the pursuit of resource security, access to the Indian Ocean, and prosperity for Western China. If Myanmar were to become isolated from Western nations, it would be safe to assume that Beijing would not be so charitable this time around. The closing of the Myitsone Dam and anti-Chinese sentiment are fresh wounds in the minds of the Chinese, and would surely influence their diplomatic and economic approach.

By effectually ostracizing Chinese diplomacy and investment in favor of democratization and international approval, Myanmar’s new government is putting itself in a vulnerable position. During President Sein’s visit to China in April, he reiterated that Myanmar welcomes Chinese investment. At the same time, public disapproval for Chinese projects in Myanmar is becoming stronger thanks to recent democratic reforms. Increased public participation will put more pressure on U Thein Sein, Aung San Suu Kyi, and their National League for Democracy to deliver on a myriad of political initiatives. News that the joint Chinese-Burmese gas and oil pipelines running to Yunnan may be delayed due to ethnic conflict and local protests underscores the complications of developing of democracy in an unstable population and the risks it poses for both the government of Myanmar and Chinese investors.

While President Sein says that Myanmar respects and accepts Chinese investment and development, the Burmese public does not. Regardless of whatever economic and geostrategic potential Myanmar has, and no matter what the Myanmar government may say, the truth is that the government is incapable of guaranteeing stability or minimizing risk for investors. Soon, it will not be just Chinese companies that find themselves answering to the Burmese public. American, Japanese, and other foreign owned enterprise will also face similar scrutiny.

U Thein Sein’s National League for Democracy Party would be best served by not straying too far from China, keeping the US and its allies at a distance, and concentrating its political capital on solving Myanmar’s complex and numerous internal difficulties. The international interest in Myanmar’s geostrategic importance and economic potential is not going anywhere. However, the terms at which those goals are pursued, with assistance from China, the US, or both, are largely dependent on how the Burmese government handles its domestic responsibilities. Myanmar should adopt a cautious approach to foreign policy so as to not overplay their position between China and the US. The new popularity of the government in Myanmar certainly offers the opportunity to create unprecedented growth and prosperity, but it also presents the opportunity for a serious setback. They should therefore tread very carefully, not get carried away by the Western mystique, and focus on their internal responsibilities.