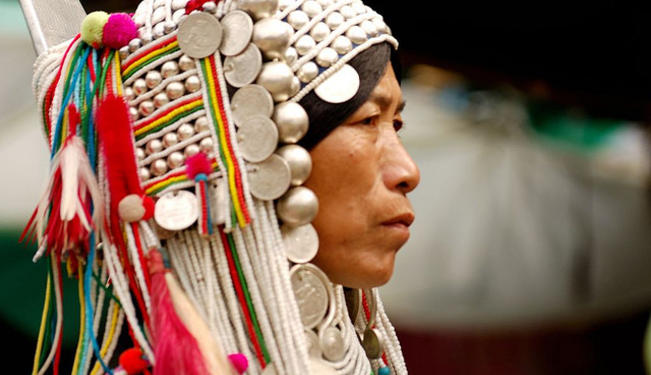 Myanmar needs to focus on civil security and extend its reforms into the ethnic minority areas.

Expectations are high in Myanmar. Yangon is a booming city on its way to become the next Asian metropolis, as investors and NGO’s are busily exploring where to set up operations. According to Thein Sein’s government, ASEAN, the US, the EU, China and India, the present time is a window of opportunity for economic development, political reforms and human rights in Myanmar.

The last year has shown vast political changes in Myanmar that have surpassed expectations of seasoned country experts. Yet, there has been little progress towards a long-term settlement of the conflicts in ethnic minority areas. Besides the suppressed democracy movement under Daw Aung San Suu Kyi, Myanmar has been beset with ethnic minority insurgencies since its independence in 1948. Although rebels have been forced into the hills bordering Thailand and China, they operate in territories adjacent to natural resources and important trade routes.

There is an obvious reason for why so little attention is given to settling the ethnic minority situation: the issue is very complex and therefore difficult to address without potentially alienating parts of the powerful Myanmar military. The failure to address these problems will not only prolong human suffering in these areas, it will also limit economic development and increase the risk for an authoritarian return.

The issue of ethnic minorities has largely been treated as a sideshow by many Western countries. Several Western stakeholders consider the political reform process as unattached to the conflict regions. On the other hand, there is the belief that democratization will be a useful means to settle these conflicts. While the latter constitutes international actors’ best-case scenario, it contrasts with the records of conflict resolution in democratizing countries and previous periods of political liberalization in Myanmar.

The main problem with this approach is that it considers the ethnic minority concerns to be primarily of a political nature and that the conflicts can be settled through participation in the democratic process. While some issues can be handled this way, it does not address one crucial aspect of successful conflict resolution: the creation of legitimate security provisions for citizens that have experienced generations of violence.

The missing link between political reform and conflict resolution

Although it may seem logical that democratization improves the climate for conflict resolution, there is surprisingly little evidence that political reforms manage to settle separatist or minority conflict. This is partly because it is more common that a peace agreement stipulates a subsequent democratization. In fact, there is evidence that the transitional period towards more democracy carries the risk of new conflicts. This has been attributed to the removal of the repressive authoritarian security apparatus, on the one hand. On the other hand, the competitive elections in countries without stable institutions incentivize leaders to mobilize supporters through aggressive policies against other states or communities. Many states undergoing reforms experience events like the recent anti-Muslim riots in Myanmar, or violence against the Coptic community in Egypt.

During the last 40 years, only three states managed to settle ongoing civil wars over territorial or ethnic rights after democratization: Spain with Basque separatists, Bangladesh with tribal rights in the Chittagong Hill Tracts, and Indonesia with separatists in East Timor and local autonomy in Aceh. All other states either still struggle with the conflict or the country has entirely returned to authoritarian rule. In the successful cases, government had offered more rights to ethnic minorities. What is particularly disconcerting is that the regime in Myanmar has so far refused to even discuss this.

Looking at previous periods of political liberalization in Myanmar does not provide more hope. After the “transitional” military regime of 1958-60 ceded power to civilian politicians, the invitation to discussions with ethnic minority leaders was seen as threatening the unity of the state and thereby justified the coup d’état in 1962. Similarly, in 1988 when tentative political reforms were on the agenda the military suggested that unpatriotic forces were creating disorder and therefore strengthened its hold on power.

Even though several ethnic groups have been involved in peace talks during the last eight months, this has not brought a reduction of violence. The Uppsala Conflict Data Program (UCDP), which tracks global organized violence, shows that Myanmar saw more violent battles in internal conflicts and increased attacks of the army on civilians in 2011 than in the year before. While this escalation of battles and repression cannot be ascribed to orders from President Thein Sein publicly, it can be held against him if military leaders are tempted to return to the helm.

Expanding the political reforms into the ethnic minority areas is a difficult and risky challenge. It is, however, necessary for Myanmar’s economic development and political stability. The delegation of power between state and local authorities needs to be settled at the negotiating table. Even possibly autonomous institutions need to be able to function within the overall state administration. But mutual distrust makes cooperation problematic.

Assuming that political competition can settle ethnic minority concerns presupposes that the population expects the state administration – as an institution – to possibly contribute positively to their lives and livelihood. But Myanmar state representatives are perceived as a threat in ethnic minority areas. It is unlikely that an agreement will be achieved since many members of opposition groups do not trust government forces not to attack them after a settlement. Entire civilian populations in conflict zones are suspicious of the Myanmar government, as for generations they have only known it as a source of repression.

The military, on the other hand, would not withdraw troops even in the event of a ceasefire. For one reason, they are concerned that rebels would remobilize and prepare for a new round of conflict. The other reason is that the military lacks the resources to relocate bases from ethnic minority areas. Myanmar forces deployed in a conflict zone have to appropriate resources from locals to sustain their presence. As troops repeatedly demand money, livestock or forced labor this has also contributed to the unpopularity of the government.

The military’s dependence on systematic looting could be a starting point for an international push for a settlement of the ethnic minority problems. By offering international observers to the area, it may be possible to bridge the lack of trust between the people and the state. For a settlement to work, it would have to include veterans’ pay for the downsizing of the armed forces and maybe the training of a locally recruited police force. Only this way will it be possible to create a sufficiently secure environment in which to settle the political issues.