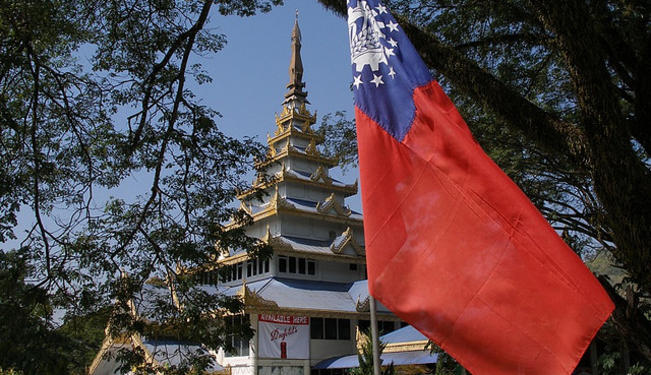 As reforms proceed, Myanmar is recalibrating its geopolitical connections. Other countries may gain influence but China will remain Myanmar’s top foreign policy priority despite their changing relationship.

A year after controversial elections, Myanmar’s position in Asia's geopolitical equation has been changing. As Western states begin to respond positively to political reforms implemented by President Thein Sein's military- backed government, Myanmar's foreign relations could enter a new chapter where China may not be as favoured as before.

Myanmar refers to China as “paukphaw” (kinsfolk), a term emphasising the special relationship enjoyed by the two neighbours. For Myanmar, the paukphaw relation has been based mainly on regime survival: either to prevent Chinese interference during the Cold War or to shield itself from Western megaphone diplomacy after

1988. Post-Cold War relations became such that Myanmar was portrayed as a Chinese satellite. In return, China became an unrivalled investor in Myanmar, acquiring desirable investments with little regard for local opinion, which was stifled by a grateful junta.

Although Sino-Burmese relations are officially portrayed as cordial, Burmese popular perception has become increasingly negative towards China. Anti-Chinese sentiment is on the rise, even among Burmese Chinese, as the Chinese economic presence becomes widely felt. Exiles and dissident media have also become increasingly sinophobic, portraying China as the main beneficiary of Myanmar's woes. Rising environmental awareness has also served to greenwash and further fuel opposition to Chinese investments. The Tatmadaw (Burmese military), long portrayed as a Chinese client, has also gradually moved away from its dependence on Chinese hardware.

China continues to occupy an uneasy position in Myanmar's regional-level power calculations, especially due to Beijing's links with the Mandarin-speaking Wa and other ethnic minorities who reside along the Sino-Burmese border. The Wa now maintain the largest militia inside Myanmar and have been accused by the United States as one of the most important drug producers in the Golden Triangle. Tensions have escalated over the Wa's refusal to join the Burmese government's Border Guard Forces, compounded by the Tatmadaw's campaigns against other ethnic rebels.

Thus, Myanmar has recently been stressing its geopolitical significance to China, highlightin g that Myanmar is both a safer corridor for China's security imports and also a crucial piece in a possible US containment policy directed at Beijing.

Even prior to annexation by the British, Myanmar’s foreign relations had been based on hedging in order to preserve its sovereignty. During the Cold War, Myanmar adopted an almost religious approach to neutrality, culminating as self-imposed isolationism under General Ne Win. Successive Burmese governments have been wary of any foreign influence—be it from China, the US, or any other country. Thus, Myanmar's current foreign relations disposition is perceived as an anomaly, as it is a case of overdependence and band-wagoning, regardless of which country Myanmar has to do so with.

As international responses to the reforms generally become more favourable, Myanmar will seek to recalibrate the perceived anomaly of overdependence. The recent halting of the Myitsone dam was done primarily to showcase that Thein Sein's government heeded public opinion over foreign “favours” and arrangements in formulating policies, rather than as an act of defiance against Beijing. Thein Sein's statement cancelling the dam specifically stated that the hiatus was attributed to responding to public opinion.

While critics question the authenticity of the reason, it does display that Myanmar was willing to undertake potentially uncomfortable decisions to be re-admitted into the West's good books. The freehand that China had been continuously dealt with in pursuing its investment options could erode as public sentiments start to have influence on Myanmar's diplomatic and domestic affairs.

Myanmar's geopolitical recalibration is linked to a supposed struggle between reformists and hardliners within the new government. Reformists, led by President Thein Sein, are seen as more willing to tolerate Western criticism and wanting to get back into the global “good” book—particularly mending relations with Western countries. On the other hand, hardliners who do not wish to heed international opinion are said to be led by First Vice President Tin Aung Myint Oo. The hardliners are also often portrayed in the same breath as being pro- Chinese. While these hardliners may share certain views with China and abhor the West's demands for democratic reform, they need not necessarily be pro-Beijing.

The hardliners would certainly favour China's attitude towards Burmese internal issues, but Tin Aung Myint Oo himself may harbour some Cold War sentiments about China: he had earned his Thiha Thura (a high Burmese military valour) in 1980 while fighting Burmese communists who received moral and sometimes material support from China. Any nation perceived as meddling in Burmese affairs and sovereignty would attract the ire of the hardliners and possibly the reformists themselves too.

The Tatmadaw is bound to retain an influential role in Myanmar’s politics, including foreign policy formulation. The Tatmadaw’s mentality of sovereignty and the Cold War legacy of neutralism means that Myanmar will hedge itself against all major countries and power blocs perceived as threatening.

US efforts to re-engage with Asia, such as entering the East Asia Summit and cultivating stronger ties with Southeast Asia, could also see efforts to bring the Burmese onboard the pro-American camp. Secretary of State Hillary Clinton recently announced that Myanmar would find a partner in the US if further reforms are pursued. The possibility of removing sanctions and promises of cooperation could very much help in the US's favour in gaining geopolitical influence in Myanmar. Myanmar's bid for the 2014 ASEAN chairmanship also means that it will have to present itself as an ASEAN member and not China's “pet.”

Yet, despite all the negativity reported of Sino-Burmese relations and the possible gains for other countries, China will remain the prima donna in Myanmar’s foreign and domestic affairs, regardless of whether the Burmese people and government desire it or not. The fact that China is a neighbour and a potential superpower means that Myanmar must try its best to retain cordial relations.

But as relations improve with the West, Myanmar's geopolitical stance will become less dependent on China's patronage and China will have to come up with new means to reinvigorate the Paukphaw relationship.

Kyaw San Wai is a Research Analyst with the External Programmes at the S. Rajaratnam School of International Studies (RSIS), Nanyang Technological University. A Myanmar national, his research interests include ethnic politics and civil society in modern Burmese politics.

*[This article was originally published by RSIS on November 17, 2011].