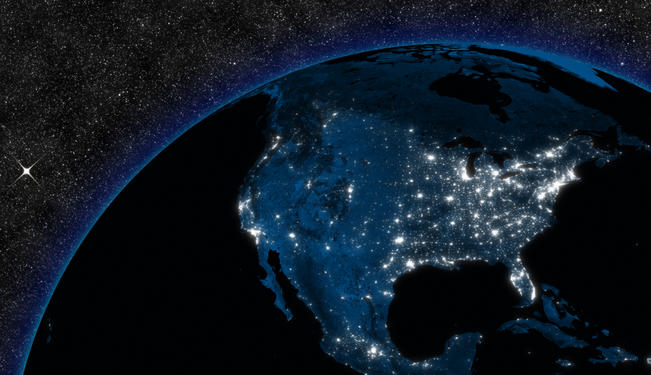 On which issues do Americans and Canadians converge and diverge the most?

Regions Apart: The Four Societies of Canada and the United States, by Dr. Edward Grabb, professor emeritus of sociology at Western University and the late Dr. James Curtis of the University of Waterloo, redefined and reoriented the field of Canadian sociology in 2005, overturning prevalent nationalist myths and cultural stereotypes in its wake.

James Blake Wiener: In Regions Apart, you use statistical data to argue the United States and Canada can be understood as four distinct regional societies, each with their own set of values and cultural attitudes: Québec; English Canada; the American North; and the American South. Given the geographical expanse and complexity of the modern-day US and Canada, can the four-regions model accurately reflect the sociocultural attitudes?

Edward Grabb: Our research, covering almost 30 years of contemporary and historical analysis, shows the four-regions model fits the evidence much better than a simple two-nations model, in which Canada and the US in general are portrayed as very different. There certainly are other internal differences that could be considered, like those between the US west coast and New England, or between British Columbia and Canada’s Atlantic region.

However, we found clear and consistent evidence that the strongest lines of demarcation separate Québec and the rest of Canada, on the one hand, and the American South and non-South, on the other, with national differences usually far less prominent.

In Regions Apart, and in other studies that we and others have conducted, Québec is clearly the most left-liberal region of North America on topics like gay rights, same-sex marriage, common-law marriage, adolescent sexuality, capital punishment, taxation, government spending, unionization, military intervention and so on. The US South is the most conservative or traditional on these same issues. The rest of Canada and the US are usually quite similar on these and other cultural, social, political and economic questions.

Wiener: Of the four regional societies, Québec’s politically and culturally leftist-liberal mores stand out when juxtaposed with those of their Anglophone neighbors in Canada and the United States. Would it be fair to characterize contemporary Québecois society as “postmodern”?

Grabb: “Postmodernism” is one of those terms that has been so widely used that, as some argue, it can now mean pretty much anything you want it to mean, making it not very useful as a concept.

My understanding is that postmodernism originally referred to a philosophy in which ideas like “statism” and “nationalism” are replaced by ideas emphasizing diversity and flexibility of thought.  As mentioned already, Québecers do show greater flexibility or liberality than other North Americans on matters like gay rights.

However, as Jim Curtis and I showed in Regions Apart, Québec is both the most statist and the least ethnically or culturally diverse society of the four that we compared. Québecers are also the most nationalist population of all; and by “nationalist” here I mean Québecers’ strong identity with the Québec “nation” and not with Canada as a whole.

Therefore, Québec does not really fit the criteria that I would associate with postmodernism. I suggest instead that Québec is the most “social democratic” or “European” society of North America in terms of its social, cultural and economic realities.

Grabb: This is difficult to answer definitively because both countries do change over time, making our areas of convergence and divergence different, depending on the historical period. Generally, though, I maintain that the two countries remain similar or convergent in their founding principles, most of which are traceable to their common roots as former British colonies.

What Jim and I called the four “deep structural” principles of the two nations are still intact, though more as ideals to strive for, and not as perfectly achieved realities in either country. These include liberty, individual freedom to pursue one’s goals, while also accepting the rights of others to pursue their goals; equality, the same rights and opportunities for all citizens, though not necessarily the same life outcomes; popular sovereignty, government of the people, by the people and for the people, as Abraham Lincoln so eloquently put it; and pluralism, the belief that all individuals have the fundamental right to be different, even if other people don’t always like or agree with their differences.

As for divergences, I think we have long been divergent in the area of criminal justice, where we see consistently much higher US incarceration and homicide rates, for example. However, even here some differences are exaggerated, for, as shown in Regions Apart, Canada actually has somewhat higher rates for some non-violent crimes, like auto thefts and break-and-entry.

Another area of substantial difference or divergence over the years concerns our roles in the world. The US is far more powerful politically, economically and culturally than Canada, and such differences inevitably give rise to occasionally different views about how to address some of the world’s problems. But we have also been close political allies and economic partners for many decades, so even here our divergent positions can be overstated in many instances, and can regularly change toward more convergence again at a later time.

Wiener: In the future, do you believe that regional struggles will become even more deep-seated and heated? Although the Québec sovereignty movement was defeated in a 1995 referendum, Québec became a “nation within a nation” in 2006, precipitating sharp divisions in Canadian public opinion. In the United States, the divisions between “red states” and “blue states” seem entrenched despite President Barack Obama’s reelection in 2012.

Grabb: I think these regional divisions, most of which stem from historical events occurring centuries ago — the Seven Years’ War, American Revolution, American Civil War and so on — are likely to remain crucial for some time.  The “French fact” in Québec is so deeply entrenched by historical, linguistic, religious and cultural forces that it is probably understandable that Québec received quasi-official recognition as a “nation within a nation” by Prime Minister Stephen Harper. And, even though the Civil War is now a century and a half behind us, I find it remarkable, speaking as a foreigner, that the “North-South” and related “red-blue” divides are still so telling today. The legacy of “states’ rights” and, sadly, slavery remain to some degree.

So, these divisions fit very well with our research findings over the years. I have some optimism that the stark racial divide in the US may eventually reduce, as the country adds more Hispanic, Asian and other immigrants. This process could complicate but also blur the ethnic lines within America.

Canada has its ethno-racial divides and injustices too, of course, but we may have blurred the lines a little sooner and a little more successfully to this point. As I mentioned previously, Québec remains very homogeneous, especially outside of Montreal, but here too I have some hope that, at least on ethnic issues, the differences between Québec and English Canada will abate to some degree.

Wiener: Economics, demographics, culture and a history of shared values have inextricably linked Canada and the United States for more than two centuries. Nevertheless, politicians and sociologists alike have routinely emphasized the differences between these two nations in discourse and dialogue. How have distorted cultural stereotypes and broad generalizations become so commonplace on both sides of the world’s largest undefended border?

Grabb: This is another intriguing question requiring a long answer to be complete, but I can point to a couple of related things. Most of all, I think some academics, journalists and political figures lean toward drawing exaggerated contrasts between the countries, because these people think stark patterns make the story more compelling, and more likely to be read or noticed by those whom they would wish to impress or influence. I also think some simply don’t do their homework, relying instead on their knowledge of existing stereotypes and unfounded assumptions to generate simplistic views of Canada, the US and the world in general.

These stereotypes and assumptions gain a prominence or currency that is difficult to dispel, because most people don’t have the motivation to look beyond the obvious or commonly accepted viewpoints and do the hard work of finding out what is actually true. Opinion leaders abound but, if they are ill-informed or have ulterior motives, then all of us are poorly served by what they tell us.

I am grateful to you and Fair Observer for giving me the opportunity to talk about how Jim Curtis and I have sought to overcome such misconceptions and misinformation when trying to understand the special relationship between our two great countries. 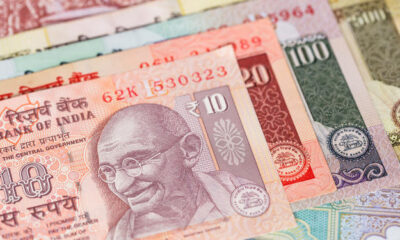