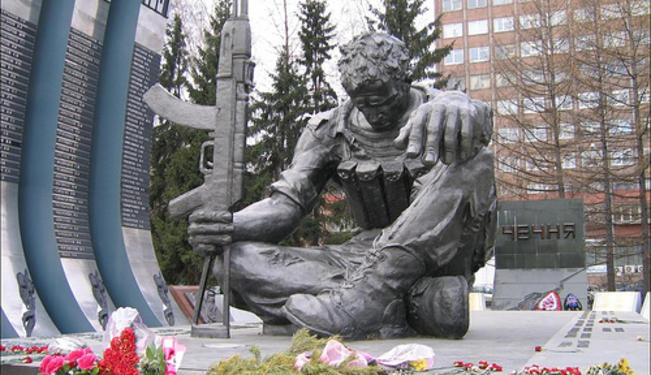 Individually resolving many salient regional conflicts will eliminate grievances, stem the flow of new terrorists, and thus facilitate the winding down of the War on Terror, argues Mark N. Katz.

The Obama Administration has placed increased emphasis on killing terrorists via unmanned drone attacks concurrent with Commando Raids. But such kinetic actions alone will not end the War on Terror. Terrorist organizations such as Al Qaeda and its many affiliates seem to have no trouble finding new recruits to take the place of those the US kills. Reducing, if not ending, the flow of new terrorist recruits, though, could occur through resolving the various local and regional conflicts that are linked to the overall War on Terror.

Insofar as regional conflicts are an impetus for insurgencies and radicalization, resolution of these trigger conflicts could hinder terrorist recruitment from the bottom up. If, for example, the Kashmir dispute could be resolved, a few Pakistani radicals might then take up arms for the Palestinian, Chechen, or some other cause. But the majority of such radicals, for whom Kashmir was the primary grievance, would probably not do so. Similarly, most Palestinian radicals are predominantly concerned about the Israel/Palestine issue and most Chechens are primarily concerned about the Chechen issue. Resolving the component conflicts in the overall War on Terror would reduce the recruitment base for groups like Al Qaeda who want this conflict to continue.

Yet, while resolving the local and regional conflicts linked to it would undoubtedly be the best way to defuse the War on Terror, this approach has so far proven to be exceptionally difficult, or even futile in some cases. The persistence of these conflicts is a testament to their resistance to resolution. And, if this could have been accomplished in enough cases, what has become the all-consuming War on Terror might have either been a much smaller scale affair, or might not have occurred at all.

The intractability of local and regional conflicts at present, though, is not something new. There were also many such conflicts during the Cold War. The pervasiveness of the Soviet-American dimension in virtually all of the world’s conflicts was so great that their local roots and causes were often overlooked. Thus, when Soviet-American relations dramatically improved at the end of the Cold War, hope emerged that many of the Third World’s hitherto intractable conflicts could then be resolved. Needless to say, many of them were not.

A personal anecdote illustrates just how obstinate some of these conflicts have proven to be. The United States Institute of Peace commissioned me to organize a series of seminars during the 1989-90 academic year on the opportunities and obstacles for Soviet-American conflict resolution in the Third World. In 1991, the papers for this project were published in a book that I edited, entitled, Soviet-American Conflict Resolution in the Third World. The chapters in the book discussed several conflicts (or conflict-prone situations): security in Asia and the Pacific, an Arab-Israeli peace settlement, Afghanistan, Southern Africa, the Horn of Africa, and Cambodia. In the Introduction, I noted that there was general agreement among the contributors that, “because each regional conflict is unique, successful methods for fully or partially resolving one conflict will not necessarily work for others.”

What is interesting about this volume at present, though, is not what either I or any of the other contributors wrote in it over twenty years ago, but to observe what became of the six cases that we studied. Four of these cases are still not resolved. With North Korea issuing nuclear threats and China having grown more assertive, tension in the Asia-Pacific region has only increased. An overall Arab-Israeli peace settlement still has not been achieved, and does not appear likely to be any time soon. Afghanistan is still in the midst of a seemingly unending war. And the Horn of Africa is wracked by chronic conflict.

By contrast, conflict resolution did occur in southern Africa, but fighting in Angola continued from the end of the Cold War until 2002. In addition, conflict resolution in Cambodia was reasonably successful, though implementation of the 1991 Paris Peace Accords required direct United Nations administration of this country in 1992-93.

Comparing the status of these six cases at the end of the Cold War with their status now shows that there is no guarantee that regional and local conflicts can be resolved even after going on for decades. On the other hand, it is not impossible to resolve them either, though this can take a very long time. Longstanding local and regional conflicts linked to the War on Terror include the Israeli-Palestinian, Iraqi, Afghan, Yemeni, Somali, Indian-Pakistani, Chechen, and many others. Others still may erupt. Past experience suggests that while it may be possible—with great effort—to resolve some of them, resolving all or even most of them is highly unlikely any time soon. And those that are not resolved will continue to provide the best opportunities for Al Qaeda and its regional affiliates to attract new recruits into their ranks.

In order to successfully reduce the intensity and scope of the overall War on Terror, the US and its allies (both Muslim and non-Muslim) will need to deal with the many individual problems that feed the Jihadi terror pool. Resolving or otherwise successfully dealing with any one problem will not end the War on Terror, but will serve to reduce its intensity and scope wherever this can be done. But how can each of the component problems that make up the War on Terror be resolved, ameliorated, or just contained?

What my colleagues and I in the US Institute of Peace project observed two decades ago—that “because each regional conflict is unique, successful methods for fully or partially resolving one conflict will not necessarily work for others”—is still true today. Each of the individual problems that comprise the War on Terror will have to be dealt with individually; there is, unfortunately, no one magic formula that will resolve them all.
The views expressed in this article are the author's own and do not necessarily reflect Fair Observer’s editorial policy.