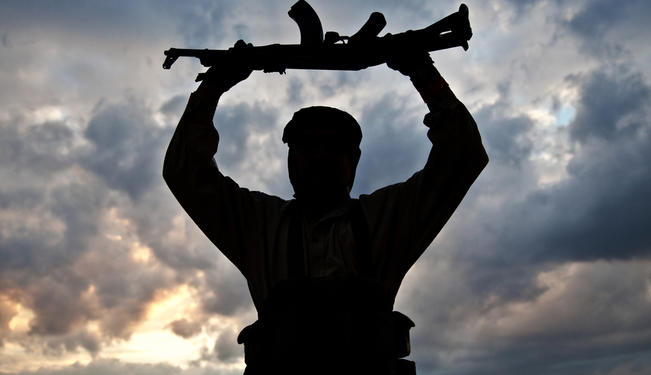 Nicholas A. Heras speaks to Jacob Zenn about Nigeria's Boko Haram and its possible influence on West Africa.

Nicholas A. Heras: To what degree does Boko Haram represent a threat to international security? Is it accurate to say that Boko Haram is primarily a Nigeria-based militant movement without aspirations for regional power by waging jihad?

Jacob Zenn: I believe that Boko Haram represents a threat to international security for three reasons. First, it has a close operational relationship with Ansaru, which was, in my view, created by al-Qaeda in the Islamic Maghreb (AQIM). In many ways Ansaru is the internationalist component of Boko Haram; although, it may not exist as a distinct entity from Boko Haram, since the French intervention in Mali in January led to the two group’s integration when Ansaru lost contacts with a retreating AQIM. Boko Haram and its affiliates in Ansaru seek foreigners to kidnap for ransom; although, many foreigners have departed from northern Nigeria because of Ansaru already. Boko Haram may also orchestrate attacks on foreign embassies or the United Nations, which some of its al-Shabab and AQIM-linked militants already attacked in a suicide car bombing on August 26, 2011. It is also likely that Boko Haram fighters are connected to regionally-focused militant groups such as AQIM, Ansaru, and the Movement for Oneness and Jihad in West Africa (MUJAO).

Second, Boko Haram thrives in the northeastern Nigerian state of Borno, which is on the country’s border with Cameroon, Chad, and Niger. Thus far, Boko Haram has carried out operations in Niger and Cameroon, while it imports weapons from Chad and its fighters have fled into Chad when they are pressured by security forces.

Third, Boko Haram fighters and other Nigerian militants traveled to Mali in 2012, when the militant Salafist groups AQIM, MUJAO, and Ansar al-Dine controlled the northern part of the country. Boko Haram established deeper relations with these groups.

Assessing Boko Haram’s threat to international security cannot be done without considering its relationship to AQIM, MUJAO, and Ansaru. At this point, however, I do not believe that either Boko Haram or Ansaru is planning attacks outside of Nigeria and the West African sub-region. The international community should, however, watch for “little Boko Harams” emerging elsewhere in West Africa.

Heras: Where in West Africa do you anticipate “little Boko Harams” forming, and how would they present a threat to regional security?

Zenn: I don’t want to overuse the term “little Boko Harams.” I call them “little” because it is hard to imagine them becoming as big as Boko Haram has in northern Nigeria. Little Boko Harams could emerge anywhere in the region where you see similar characteristics to northern Nigeria. These characteristics include conditions such as: a high number of al-majiri youths without formal education and who only learn Arabic and Islamic religious studies, and survive by begging for money for their teachers who they live with; ongoing Muslim-Christian rivalries; poverty caused by desertification and endemic unemployment; illicit arms trafficking; and infiltration from militant groups such as AQIM and MUJAO. Senegal, in particular, seems to have all of these characteristics, especially the al-majiri system.

I consider “little Boko Harams” a threat to regional security because they would be grassroots movements that reject the current international order in the region, including secular democracy and states with definable borders. Moreover, little Boko Harams would advocate for Taliban-style Islamic law, which is bound to be anathema to the people of West Africa and Western interests.

Heras: Who are these al-majiri youths, where are there large concentrations of them, and what is their significance to the socio-politics of Islam in West Africa?

Zenn: Northern Nigeria and Senegal are two places where the al-majiri system can be found, but it exists throughout the Sahel region. I saw it also in Cameroon and Niger, for example, when traveling through those countries last year. I really would defer to Alex Thurston’s May 2012 review of the system for The Revealer for a more in-depth look at the system.

I think that these countries — Senegal, Cameroon, and Niger — may be more likely to see groups like Boko Haram emerge because of the al-majiri system. When you have millions of young boys, as is the case in northern Nigeria, for example, that are part of a largely unregulated educational system where all they learn is Arabic language Qur’an recitation from Islamic scholars, whose credentials and loyalties may be dubious, it can make those boys more susceptible to violent interpretations of the Qur’an that Boko Haram endorses.

The targets of this violence are secular democracy, Christians, and Nigerians with a “Western” education. In addition, without financial or familial support, these boys in the al-majiri system might find even the small amount of financial support or camaraderie that Boko Haram offers to be enticing.

As it applies to the socio-politics of the region, consider that whoever funds the al-majiri system will have a say over the curriculum and possibly the ideology taught. If the Saudis or Salafist groups are funding this education, then you can expect that boys will be inclined towards Salafism, possibly militant Salafism. They will also likely have an “Us vs. Them” mentality, especially towards Christians. I would recommend one reads Dibussi Tande’s blog, where he discusses the “Arabization of Cameroonian Islam,” for more information on how foreign-funded radicalization of youth can occur in contemporary West Africa.

Heras: Since France deployed its military in Mali, there has been increasing attention paid to the trans-national nature of militant Salafist organizations in West Africa and the international efforts to defeat these groups. How much will this increased attention, and potential foreign military action, affect the evolution and objectives of militant Salafist groups in the region?

Zenn: Although there is increased international attention being paid to militant Salafist groups in West Africa, there is still no coherent regional strategy to counter them at the ideological or operational level. In Nigeria, the ideological battle with Boko Haram is being fought by the Sultan of Sokoto and other traditional West African Islamic leaders, whose authority is inherited from their family connections to the original Sultanate of Sokoto. Importantly, militant Salafist groups such as Boko Haram/Ansaru, AQIM, and MUJAO, argue that they are fighting in the name of Usman dan Fodio, the Sultanate of Sokoto’s ancestor. There needs to be attention paid to countering this militant Salafist narrative because the ideology of these groups is not like that of Usman dan Fodio, who was a Sufi.

Put another way, Niger or Cameroon, for example, cannot simply say to Nigeria that Boko Haram is "Nigeria’s problem." This is a flawed approach because the challenge posed by Boko Haram to Nigeria could very easily cross the border and impact Niger and Cameroon — and it already has. In May, Boko Haram inmates held in a prison near the Nigerien capital of Niamey, utilized support from their comrades in Nigeria and Niger to launch an attack on their prison guards. Boko Haram also crossed the border and kidnapped a French family in Cameroon in February 2013 and killed a defector in Kousseri in 2012. Western nations such as France and the United States may have a role in bringing West African nations together in regional security partnerships to confront militant Salafist trans-national threats.