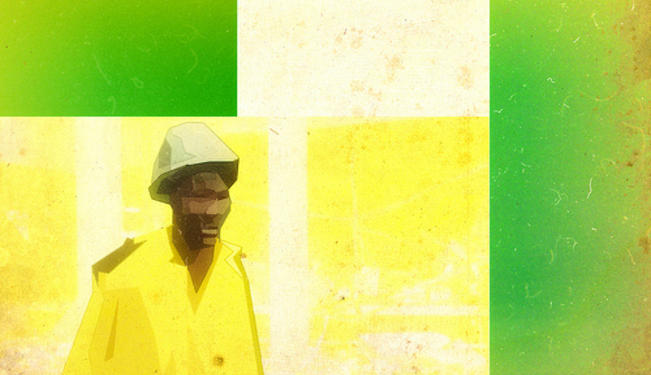 Ongoing attacks by Boko Haram pose a serious challenge for peace and security in Nigeria.
Every other day, the world wakes up to more bad news from Nigeria. A series of violent attacks have claimed the lives of over 250 people in this year alone and 935 since 2009 according to Human Rights Watch. More often than not, these attacks are the work of the radical terrorist organization, Boko Haram. This group whose name roughly translates to ‘Western education is forbidden’, initially focused attacks on government installations and the security forces but has recently expanded its targets to include Christian celebrations and places of worship, international organizations, and even media houses. To be able to overcome this menace that is threatening the very fiber of its society, Nigeria will need brave and visionary leadership.

In the face of efforts by terrorists to incite sectarian divisions and violence, this leadership must first come from Nigeria’s community and religious leaders. There is naturally a strong temptation to see the violence of recent months along strictly sectarian lines: Christian vs. Muslim, Northern vs. Southern, Hausa vs. Igbo/Yoruba. This would however be a mistake. Perpetrators of violence, like the victims, have been drawn from all walks of life. Knowing that they can pin their cowardly acts on the nebulous ‘Boko Haram’, various individuals have taken advantage of the instability to pursue all sorts of agendas. For instance, in February this year, individuals attempting to bomb a church in Bauchi were found to be Christian members of the same church. Understandably, with attacks like the Christmas Day and Easter bombings being clearly targeted at Christian celebrations, there will be a strong urge for Christians and other religious communities to come together to respond in kind to perceived threats.

Following the Christmas Day bombings, Reverend Ayo Oritsejafor, President of the Christian Association of Nigeria remarked that in the event of further attacks, “the Christian community nationwide will be left with no other option than to respond appropriately.” While his sentiments are completely understandable, they risk increasing tensions and driving wedges between the various religious communities. As the Sultan of Sokoto, Muhammad Sa’ad Abubabakar, Nigeria’s top Muslim spiritual leader remarked, there is no conflict between Muslims and Christians, between Islam and Christianity…It's a conflict between evil people and good people. “The good people are more (in number) than the evil ones, so the good people must come together to defeat the evil ones.” Animosity between Christians and Nigerians in northern Nigeria is not a given. During the unrest in January, Christians and Muslims formed protective barriers around each other during their respective prayer times. By continuing to attack Christian celebrations, Boko Haram (and other groups operating in their name) is assuming that the solidarity expressed in January was an anomaly. It is up to religious and community leaders to mobilize the people to show that unity across faiths is indeed the norm. Anything short of that would be a victory for the terrorists.

Across the country, the people of Nigeria will depend on their political leaders to show similarly farsighted leadership. The recent incidents of violence by Boko Haram are likely to be particularly frustrating. Attacks around the Easter celebrations were expected and steps were taken to defend against them. Yet, they could not be prevented. Given setbacks like this, it would be easy for Nigeria’s political leaders to become disillusioned by the fight against Boko Haram and respond rashly. In this time of turmoil, it is more important than ever for Nigeria’s leaders to remember what has worked and what has not. Militarization has been ineffective; if anything it has exacerbated the conflict. Dialogue has worked. Rather than being an indictment of current efforts, recent attacks are a confirmation that they are working. The nature of the attacks reveals them to be the desperate act of an organization that is at its wits’ end, and is quickly losing support and time. With regard to the Easter bombings, the BBC reports that the perpetrators who were initially targeting the ECWA church and the All Nations Christian, were foiled and chased away by police officers. In their attempt to escape, they accidentally set off the bomb before they had time to escape the vehicle; thus failing in their original mission but tragically taking 38 other innocent lives in the process. Clearly, the enemies of peace in Nigeria are beginning to meet their match. It is therefore important for Nigeria’s leaders to stay the course with current efforts and assure themselves and the people that this menace will soon be overcome.

Nigeria’s leaders must however resist the temptation to present an overly optimistic and unrealistic picture of the state of affairs. Granted, it is important to acknowledge the successes chalked. However, when appropriate, Nigeria’s political leadership must also muster the courage to stand before the people, admit shortcomings, and present a realistic picture of counter-terrorism efforts. Recent statements by Nigerian President Goodluck Jonathan have sought to give the impression that the defeat of Boko Haram is imminent. With time, this stance becomes less and less credible. When faced with a menace of such proportions, people appreciate honesty above all else. Failure to provide this will weaken their confidence in the leadership and will hurt counter-terrorism efforts.

During this time of despair and mourning, the people of Nigeria will look to their leaders for direction. It is important that Nigeria’s community, religious, and political leaders respond with the brave and far sighted leadership that will help the nation move past this tragedy, defeat the enemy, and continue the long and difficult process of nation building.

The views expressed in this article are the author's own and do not necessarily reflect Fair Observer’s editorial policy.
*[A version of this article was originally published by PolicyMic on April 11, 2012].