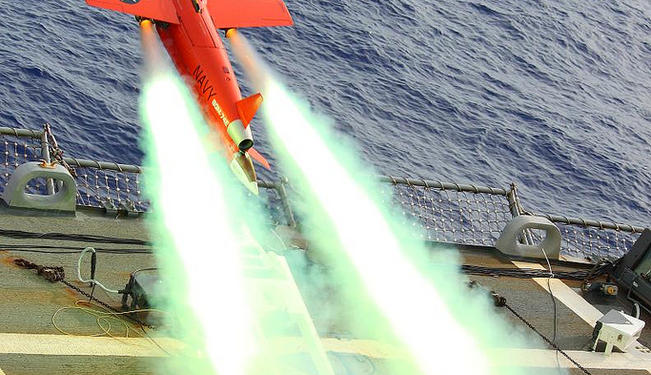 With a complex constellation of different militant outfits and treacherous terrains in Waziristan, it would be hard to plan a full throttle offensive in the region. Yet the need for such an offensive seems inevitable as the policy makers in Pakistan are not only facing wide scale public uproar but also facing growing international pressure for allegedly sheltering the Haqqani network.

The latest rain of Hellfire missiles fired off CIA-operated drones on targets in Waziristan, in the Federally Administered Tribal Areas (FATA), offer Pakistan another excuse to protest the series of attacks that have killed some three dozen people between August 19 to August 24. The latest string of these multiple strikes on Friday, August 24, left at least 18 people dead, reportedly including either Badruddin Haqqani, the younger brother of the head of the Haqqani Network, Sirajuddin, or a younger member of the family. Only 24 hours earlier, on August 23, Pakistani officials had lodged a formal protest to the US on North Warziristan drone attacks. Pakistan maintains that such strikes not only violate international laws but also its territorial sovereignty.
So far this year, the CIA has operated as many as 32 lethal drone strikes. A cursory breakdown of these strikes suggests that some 14 were directed against the Haqqani Network, nine against Hafiz Gul Bahadur, a North Waziristan-based warlord considered the mainstay support for the Haqqani Network and Al Qaeda fighters, three against Maulvi Nazir (Wana, South Waziristan), about six aimed at the Tehrik-e-Taliban (TTP) warlord Hakeemullah Mehsud and five for other splinters of Taliban, largely known as Punjabi Taliban.

On the surface, the intensification underlines a revival of intelligence-sharing between the US and Pakistani institutions. One indicator for this is a drone strike in the region between Pakistan’s Bajaur agency and the eastern Afghan Kunar province, which anti-Pakistan TTP is reportedly using to justify attacks on Pakistani security posts. The death in a US-Afghan attack on the Afghan soil of Mulla Dadullah, the base of the Bajaur agency TTP, over the weekend, and raging border region skirmishes between the TTP and Pakistani military also point to the possible resumption of tactical contacts between forces on both sides of the Durand Line.

The TTP has also vowed revenge for Dadullah’s killing but signs of a multi-pronged crackdown on the militants holed up in the Waziristan region continue to emerge; not only against the Haqqani network, but also against others who seem to have been united by Al-Qaeda’s anti-American narrative. A cursory look at this constellation of militant group explains the formidable challenge that they pose to Pakistan, and the US-led coalition across the border:
• Al-Qaeda, led by the Egyptian Dr Ayman al Zawahiri, stands out as the ideological leader of shades of Islamist militant groups  in the Af-Pak region.
• The Haqqani Network serves as a protective shield for these groups’ activities in support of Al-Qaeda’s regional and global anti-US agenda.
• Prominent groups  such as the Hafiz Gul Bahadur’s TTP (North Waziristan), the TTP, uprooted from the region of its origin (South Waziristan) in Oct 2009, the TTP South Waziristan of Mullah Nazir Ahmed hosts and protects non-indigenous militant groups such as: Lashkar e Jhangvi(LeJ); Lashkar e Taiba (LeT); Jaish e Muhammad; Lashkar al Alam Al-Islami; and the vicious Islamic Movement of Uzbekistan, a radical militant group comprising of anti-government Islamists from the Central Asian state of Uzbekistan.
• More alarmingly, militants also use Tableeghi Jamaat, a massive organization built on principles of peaceful preaching across the globe, for social security and refuge from law. Sections within this massive organization also concur with the narrative that often comes from Al Qaeda and is parroted by most militant organizations. Many militants consider participation in the Tableeghi Jamaat’s congregations outside Lahore, the capital of Pakistan’s most populous Punjab province, as semi-pilgrimage before heading off to Afghanistan for “jihad” in Afghanistan via the border regions.
Analyzing this complex constellation, it is quite likely that in the case of a major military action these groups would unify against the government. Most people in North Waziristan are already scared and many have left for safer places in anticipation of a military operation. This means more internally displaced persons (IDPs).

Viewed against the looming American Presidential election, as well as the increase of networking among the militant outfits in North Waziristan, action against them seems imminent. It is also clear that the CIA will continue to send drones to Waziristan to hunt down the militant community that is inspired by Al Qaeda, protected by the Haqqani Network and facilitated by others (Hafiz Gul Bahadur group, the TTP and the TTP Mullah Nazir group). By forcing Pakistan’s army into action against these groups, the US administration needs to convey to the opposition and the common Americans that it has prevailed upon Pakistan and has made it move against those “who take and threaten our soldiers’ lives.”

But the relentless drone campaign remains at the centre of a global human rights controversy. Although precise and accurate in data collection, unmanned predators continue to draw heavy criticism by activists who argue that targeting a single militant often leads to the deaths of innocent women and children in the vicinity.
The United Nations Special Rapporteur on Human Rights, Ben Emmerson, has also asked the US to allow internal investigation on its Drone Program for the sake of internal security. This demand by the UN official sends a positive message to Pakistan that if it takes substantive measures against militancy, it could plead a strong case against Drone attacks to the United Nations. Philip Alsten, Ben’s Australian predecessor made similar proposals in 2010, demanding that the lead of drone strikes be given to the US military for full accountability of the consequences.

However, viewed against the stated objectives of the Obama administration, the debate over the use of drone technology, both within and outside the US,  is not likely to bear much influence on drone operations. This is for the simple reason that as long as those considered to be terrorists and a threat to the US-NATO and Afghan forces shelter in, or operate out of North Waziristan, the CIA will continue to send drones. Furthermore, officially, Pakistan will keep protesting every strike, as it has done in past, without any military action against the drones. Many within Pakistan, including the religio-political leader Maulana Fazlurrehman, have urged deployment of Air Force aircraft against drones. But meanwhile there seems to be a tacit understanding on this issue between the two governments; hence the drone strikes are likely to continue.

Critics have often pleaded for a transparent and publicly acceptable mechanism for the drone strikes. If more TTP militants come under attack in the greater Paktia region of Afghanistan in the coming days, including drone strikes, this would mean both allies have agreed to expand the scope of cooperation  in North Waziristan. This will likely see a more coordinated Pakistan-US movement in the region; Pakistan tightening screws on the Haqqanis and affiliates, and the US-ISAF trying to neutralize the TTP and other anti-Pakistan groups currently using Afghan soil for cross-border attacks.
Yet, it is questionable whether a large-scale military operation and more drone strikes will entail anything substantial for Pakistan and the United States, particularly following recent publicity on the impending operation in North Waziristan. Most of these TTP militants will fan out to safer places, rather than waiting for Pakistani or American-Afghan forces to find them. The publicity of such a military crackdown may be good to sell to the American public and legislators, but it will not help to neutralize or eliminate the Al Qaeda-inspired militant networks in the region. Only a quiet, well-coordinated  and sincere multi-lateral crackdown has hope of providing much needed peace and relief in the region.

*[A version of this article was originally published by the Center for Research and Security Studies on August 27, 2012].