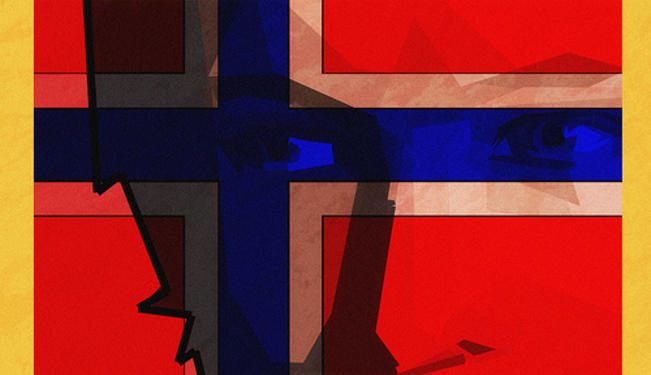 The year 2011 contained key events in the containment of “new terrorism” and the emergence of “newer terrorism”. On May 2, 2011, Osama bin Laden was killed after a satisfyingly professional application of United States intelligence and special operations assets, prompting optimistic forecasts of a weakened Al-Qaeda.

Al-Qaeda more than any other organization epitomized the “new” or religious terrorism that had surged for over two decades. But on July 21, 2011, in Oslo, Norway, Anders Behring Breivik showed us the “newer terrorism”.

In a more insidious threat to democracies, today’s landscape is marked by violent terrorist competition, not simply the counterterrorist escalations of the past.

Breivik’s attacks occurred within a society that is small, secular, cohesive, liberal, and remote to the “war on terror” and associated counter-insurgencies. He was not fighting against foreign interventions or as part of an international movement, but was ostensibly countering Norwegian multi-culturalism and the government that tolerated it. Acting alone and without any criminal record, first he bombed the government district of the Norwegian capital. Hours later, he shot and killed attendees at a youth camp associated with the liberal political party that he blamed for Norway’s multi-culturalism. In all, he killed 77 people, a mass of casualties normally associated with coordinated attacks by multiple attackers.

Given that such competitive extremism can occur in Norway, a small, tolerant and well-integrated country, the risk is higher in larger, more diverse and less cohesive societies. In these more pluralistic societies, ethnic and religious communities tend to segregate and compete such as in some British, French, and American cities, like Bradford, Toulouse, and Los Angeles.

By now most observers will be familiar with the vicious cycle that often plagues counter-terrorism; myopic kinetic reaction to terrorism can eliminate some immediate threats at the cost of reinforcing the terrorist’s worldview and strengthening their recruitment, cohesion, and violence.

Another frequently forgotten cycle, illustrated in modern insurgencies, is that violence spurs competing violence between extremists, not just against and by governments. This was evident in Iraq after the overthrow of Saddam Hussein in March 2003; a strong secular state collapsed into a failed state with ever more extreme sub-national groups, religious sects, ethnic sects, political parties, and insurgents. The spiral encouraged more extremism and narrower loyalties until the groups in Iraq became bewilderingly numerous, diverse and impossible to completely unite behind any national authority.

The situation in Afghanistan is worse. Afghanistan is essentially contested between Jihadi insurgents, a Western-backed national authority, and disparate ethnic and religious sects impeding national stability and unity.

Unfortunately, for all the military and security success in Iraq and Afghanistan, neither nation-building enterprise can succeed without underlying social cohesion, a fact that will be most acutely demonstrated once the foreign coalitions withdraw.

These insurgencies overlap with terrorism. Islamist terrorists capitalized on Iraq and Afghanistan, as new battlegrounds in their global fight against a supposed Judeo-Christian “crusade”. They then exported and inspired terrorism inside the countries that they identified as sending “crusaders”, disguised as peace-keepers against Islam. These terrorists explicitly set out to cause chaos by further dividing ethnic and religious components of these countries with cycles of vengeance and grievance.

Now Western democracies can expect more of the same “competitive extremism” between opposing ideologies at home.

The terrorist attacks in Oslo were a warning; Anders Behring Breivik made it clear that his terrorism was a fundamentalist Christian attack on the liberal and multi-cultural society that he blamed for the growth in Islamist terrorism.

Breivik also reawakened an older ”lone wolf” modus operandi. In these types of operation, terrorists would plan and execute attacks not in consort with a greater organization, but with simply a greater ideology. Harkening back to espoused 1990s era US domestic anti-government militia tactics, if competently executed with a minimal personal footprint, lone wolf attacks are almost impossible to counter. Timothy McVeigh – practically alone – killed 168 people in Oklahoma on April 19, 1995, incidentally with the same sort of large fertilizer-based vehicle bomb that Breivik used to start his own vicious killing spree. While Breivik had no accomplices, despite his claims to be part of a Europe-wide conspiracy named after the Knights Templar, he nevertheless managed to gather all of his weapons and disguises legally.

This is the immediate future of terrorism; more groups loyal to more diverse identities, nominally countering each other as well as the state with increasing independence and elusiveness.

Ironically, the main victims of both Christian and Islamic terrorism are the same: national authority and hapless civilians.

So how should we orient to counter “newer terrorism”?

Before 9/11, governments under-estimated new terrorism. Following the 2001 attacks, the “war on terror” was a belated and narrow reaction that stimulated new terrorism and insurgency, although it also successfully eliminated many known terrorists. Despite successes, the cost of the wider war has been high. The clarity of the moral high ground has been lost in waves of counter-terrorist excesses and competing ideologies.

Consequently, some citizens concluded that the only answer to extremism is more extremism. Breivik’s anti-Islamist, anti-multi-cultural terrorism is the most memorable threshold event in a process that began in the first few days post-9/11.

Only in the last few years has a combination of more targeted counter-terrorism, and (un-admitted) retreat and concession effectively dampened Islamist terrorism and insurgency. But dampening is not the same as victory. During that time, Western societies were inattentive to their own societal fragility, which was punctured most memorably by shocking mass-casualty terrorism in Madrid and in London.

Western governments have improved their hard posture against terrorism, while neglecting their social vulnerability, as epitomized by the Norwegian government’s immediate promise after July 21 of more democracy and openness.

Openness is permissive of extremism and does not offer a clear single identity that citizens can use to counter sectarianism. Breivik felt that anti-Western immigrants and a naive government were destroying the Norwegian majority, willingly. Multi-culturalism formally tolerates any views, with the benefit that tolerance discourages extremism in some. However, this tolerance also allows extremism to thrive, causing problems directly (such as self-segregation and withdrawal from national society) and also stimulating counter ideologies, as seen in the growth of nationalist extremism in many European countries.

American Christian fundamentalist terrorism faded in the 1990s as Americans insisted that terrorists did not represent them, however patriotic they claimed to be.

The principles behind this success can be applied to today’s greater threats.

Western societies need to start building cohesive societies united against anti-societal extremism. This means some uncomfortable shifts away from conventional laissez-faire multi-culturalism, away from openness and tolerance of all views, towards intolerance of extreme anti-societal dogmas, and towards stronger national cultural identities.