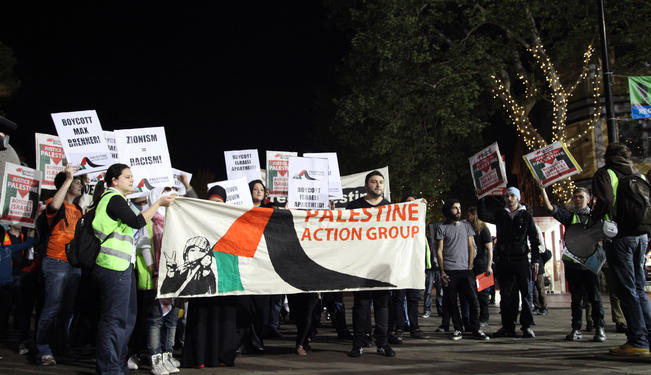 The Boycott, Divestment and Sanctions movement’s biggest problem is that it will not work. This is the first of two parts.

As we marked the 45th anniversary of the occupation this June, I would support any effective nonviolent strategy that will end the occupation of the West Bank and lead to the establishment of a viable Palestinian state in the West Bank, Gaza and East Jerusalem, with mutually agreed-upon land swaps — what is known as a two-state solution based on the 1967 borders — which I believe is in the genuine interest of both the Israeli and the Palestinian peoples.

If BDS (Boycott, Divestment and Sanctions), clearly a nonviolent tactic, could produce such a result, I would support it. To borrow Shakespeare’s formulation, “To BDS or not to BDS, that is the question.” To my mind, the primary problem with BDS is that it won’t work. It will not produce the desired result of ending the occupation.

I can understand those Palestinians and their international supporters who, out of frustration with the current situation, the breakdown in negotiations between the Israeli government and the PLO leadership, the weakening of the Israeli left and peace movement and the realization that violence has not worked, are looking at BDS as a possible solution.

There are a number of reasons why I believe BDS can’t do it:

1) There is no chance that the international community, as represented by its governments and the United Nations, would support BDS. Without North American, European, Latin American, Asian and African governmental support, and the backing of the UN Security Council and Secretary-General, BDS cannot be a decisive factor in determining the future of Israeli-Palestinian relations;

2) The “silent majority” of the Israeli public, which, according to all public opinion polls supports a two-state solution, and whose backing is absolutely necessary to bring an end to the occupation, sees BDS as an attempt to de-legitimize the existence not of the occupation, but of the very right of the State of Israel — even within the 1967 borders Green Line — to exist. This is also true for the mainstream of Jewish communities around the world; and

3) In most European countries, given the background of European responsibility for the Holocaust and past persecutions of the Jews, it will be very difficult, if not impossible, to mobilize the majority of civil society public opinion to support BDS. This is particularly true for Germany, in many ways the most influential country in Europe today, and even more so when it comes to the United States, because of the “special relationship” between America and Israel, which is due to a combination of historic, cultural and strategic factors, whatever one may think about them.

Confronting “There Is No Partner for Peace”

Within the Israeli context, certain types of BDS activities which support a boycott of all cooperation and joint activities with Israelis reinforce the right-wing claim that there is no Palestinian partner for peace. “You see,” right-wing advocates exclaim, “Palestinians and their supporters aren’t ready to cooperate with left-wing Israeli academics who are openly critical of Israeli government policy. They aren’t even ready to work together with Israeli peace and human rights NGOs.”

One of the most effective ways to counteract the claim that there is no Palestinian partner, initiated by then-Prime Minister Ehud Barak after the failure of Camp David 2000 and developed by current Prime Minister Binyamin Netanyahu, is joint Palestinian-Israeli civil society activity to end the occupation and build a better future for both peoples.

The Background to BDS

On July 9, 2005, a Palestinian Civil Society Call to BDS was issued by a group of NGOs in the West Bank. In explaining the reasoning behind the initiative, the call stated:

“Given that all forms of international intervention and peace-making have until now failed to convince or force Israel to comply with humanitarian law, to respect fundamental human rights and to end its occupation and oppression of the people of Palestine; and in view of the fact that people of conscience in the international community have historically shouldered the moral responsibility to fight injustice, as exemplified in the struggle to abolish apartheid in South Africa through diverse forms of boycott, divestment and sanctions; and

Inspired by the struggle of South Africans against apartheid and in the spirit of international solidarity, moral consistency and resistance to injustice and oppression;

We, representatives of Palestinian civil society, call upon international civil society organizations and people of conscience all over the world to impose broad boycotts and implement divestment initiatives against Israel similar to those applied to South Africa in the apartheid era. We appeal to you to pressure your respective states to impose embargoes and sanctions against Israel (my emphasis). We also invite conscientious Israelis to support this call, for the sake of justice and genuine peace.

These non-violent punitive measures should be maintained until Israel meets its obligation to recognize the Palestinian people’s inalienable right to self-determination and fully complies with the precepts of international law by:

1. Ending its occupation and colonization of all Arab lands and dismantling the Wall;

2. Recognizing the fundamental rights of the Arab-Palestinian citizens of Israel to full equality; and

3. Respecting, protecting and promoting the rights of Palestinian refugees to return to their homes and properties as stipulated in UN resolution 194.”

Despite the fact that this nonviolent campaign is admirable, and the frustrations that motivated the call are very clear, one of the primary problems with the initiative is that it made no distinction between the Israeli occupation in the West Bank, Gaza and East Jerusalem, and Israel proper. Unfortunately, the statement calls for the imposition of “broad boycotts and implement[ation of] divestment initiatives against Israel,” and not the Israeli occupation. If the call had been aimed at a boycott of all settlement activities in the Occupied Palestinian Territories (OPT) and of all settlement products, it would have made a clear distinction between Israel’s illegal activities in the OPT and the legitimate right of the State of Israel to exist within the 1967 borders; a right recognized by the entire international community, and since 2002 by the Arab Peace Initiative backed by the 22 member states of the Arab League and the 57 member states of the Organization of Islamic Cooperation (of course, on condition that Israel ends its occupation of the West Bank, Gaza and East Jerusalem).

Since this distinction was not made, the BDS campaign has caused many mainstream Israelis and their supporters around the world to conclude that the campaign is not only aimed at an end to the occupation, but at the very right of the State of Israel to exist. The fact that some advocates of BDS have called for a one-state solution has only served to reinforce this impression.

The Israeli government has used a number of tactics to divert attention from the need to move forward toward an end to the occupation and a resolution of the conflict. Focusing attention on the Iranian nuclear program at the expense of the Israeli-Palestinian issue, the insistence on Palestinian recognition of Israel as a Jewish state as a pre-condition for negotiations (an issue which wasn’t raised in the Israeli-Egyptian, Israeli-Jordanian or 1992-93 Israeli-PLO negotiations), the uncertainties created by the impact of the Arab Uprisings on regional governments, and the specter of an international “de-legitimization campaign” which challenges Israel’s very right to exist.

Unfortunately, the BDS campaign, with its call for a general boycott against Israel and Israelis and its ambiguous attitude toward the State of Israel’s right to exist, feeds into the fears that the Israeli government is trying to generate in the Israeli public. Thus, BDS unwittingly causes the majority of the Israeli public to rally around the government’s claim that “the whole world is against us.”

*[This article was originally published by the Palestine-Israel Journal, Vol. 18 No. 2/3, 2012, devoted to Civil Society Challenges].