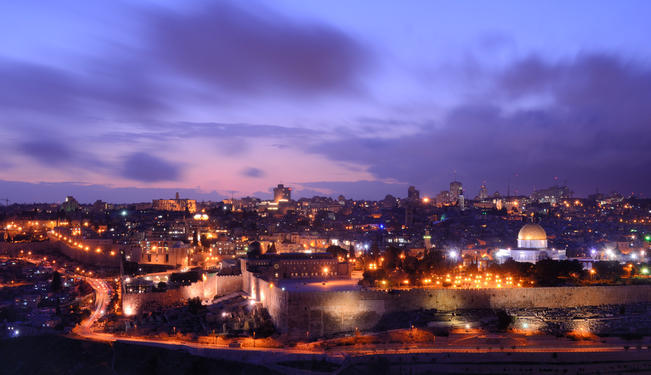 Choosing the route of negotiating on the basis of the Arab Peace Initiative with an Arab world undergoing change, would prove to be a sensible strategy for Israel.

For better or worse, the public discourse in Israel has recently focused exclusively on the nuclearization of Iran. However, precisely in light of the upheavals in the Arab world, it is now worth reexamining the relevance of the Arab Peace Initiative, which surfaced in Beirut in 2002 and was reaffirmed at subsequent Arab summits, most recently six months ago in Baghdad.

The earthquake that shook the region, from the Maghreb to Yemen, from Libya through Egypt to Syria, obligates Israel to study the arena carefully while proceeding judiciously and waiting for the dust to settle. At the same time, the dangers of the past contain challenges and opportunities for the future. Perhaps the Arab Peace Initiative can now afford Israel an opportunity to consolidate its Zionist vision of the secure, legitimate, democratic nation-state of the Jewish people.

Many have reacted to the upheavals in the Arab world by hypothesizing what would have happened to Israel had it accepted the peace initiative and then encountered the current chaos. It is true that the Arab initiative is an Arab interest, and otherwise would not have been proposed in the first place. However, had Israel and the international community been open to a dialogue based on the initiative at that time, it is not inconceivable that Israel’s situation today would have been more secure and stable. Had Israel reacted to the Arab initiative and expressed willingness to enter into preliminary talks about the outlines proposed by the Arabs, the country’s international standing might well have changed for the better.

There is no doubt that the Arab initiative as it now stands includes political and security risks to Israel. These should not be taken lightly and therefore any response must be measured, balanced, and controlled. In addition, in an era of uncertainty in the Arab world, an agreement signed by one regime is liable to be abrogated by the next. However, since Israel cannot accept the terms of the initiative in their entirety, once a dialogue begins, negotiations may follow in which Israel acts to minimize the risks.

Indeed, in the past, the Arab League and prominent Arab statesmen were prepared to discuss changes – in both directions – to the initiative. For example, in 2004 King Faisal announced that the Arabs would have to be prepared to amend the initiative; at the summit in March 2005, Jordan worked to persuade other Arab League members to insert changes into the formulation as to exclude the mention of Jerusalem and the refugees’ right of return; Iran publicized the proposed changes and denounced them; in 2008, King Abdullah of Jordan noted that the initiative was not a directive dictated to Israel; and in May 2009, moderate Arab leaders were reportedly prepared to respond favorably to the American request to discuss changes to the initiative.

Furthermore, among the changes considered over the years by the members of the Arab League (though in practice not made) were some serious, sensitive issues, such as agreement that refugees return only to the area of the Palestinian state or be rehabilitated in their host countries; the division of Jerusalem and raising the UN flag over the Old City and holy sites; and re-sequencing of the traditional process toward an Israeli-Palestinian peace agreement whereby normalization would occur first, and only at a later stage to be followed by the establishment of a Palestinian state.

Finally, the text itself speaks of a solution agreed upon by both sides, thereby connoting that its contents are not dictated terms.

From the Arab World

Recently, Munib Al-Masri, a prominent Palestinian businessman, published an open letter to Mahmoud Abbas about the need to renew the initiative. According to him, the fact that the Palestinians are no longer on the international agenda makes it easier for Israel to establish facts on the ground. Among the Arab leaders who support the renewal of the initiative even now are King Abdullah II of Jordan as well as the Sudanese leader Omar al-Bashir.

At the same time, voices in the Arab public occasionally question the good such a renewal would do in light of Israel’s official stance ignoring it. The Arab peace initiative committee convened not long ago in the presence of Abbas, and the initiative was not even mentioned in the meeting's concluding document. Abu Ala recently published a long essay in which he called for the reexamination of the Arab initiative on the occasion of its tenth anniversary.

Islamic fundamentalist circles express even more extreme opposition. In a recent essay, Hamas leader Dr. Sallah al-Bardawil asserted that reviving the peace initiative represents an evasion of the duty to resist the occupation, and in August Sheikh Alazahar Ahmad al- Tayb called for an emergency meeting of Muslim nations in Mecca to withdraw the Arab peace initiative once and for all, which “met such a shabby welcome” on Israel’s part.

With Whom Does One Talk?

Should Israel agree to consider the Arab Peace Initiative, dialogue must begin with the party that formulated the original initiative – the Arab League. Were Israel to positively relate to the initiative, this would likely boost the League on the Arab, Islamic, and global levels, yet strengthening the League in its current format is not necessarily against Israel’s interests. A second potential interlocutor is the Organization of the Islamic Conference (OIC), an umbrella for 57 states. In 2003, the OIC – with the exception of Iran, the convention host – adopted the Arab initiative. Finally, of course, talks must take place with the Palestinians themselves.

Each of these parties has reason to continue to embrace the Arab Peace Initiative especially now, with such reasons including the Sunni-Shiite conflict, the lack of internal political stability in Arab nations, the Arab League’s need to bolster its standing, Islam’s need to navigate its legitimate route to the international community, and the desperate economic situation in many Arab and Muslim nations. These parties would all benefit from Israel taking a constructive view of the initiative, even without formally accepting it.

By relating to the initiative as a basis or framework for negotiations between Israel and the Arab world, Israel will provide the United States with a considerable political asset and help the latter rebuild its image in the Middle East and Arab world.

Moreover, relating positively to the initiative, which is Sunni in origin, would strengthen that camp in its struggle against the Shiites over who bears the standard of Islam, and could possibly even assist in constructing a Sunni-Israeli-Western axis against Iran, Hizbollah, and other Shiite elements in the Muslim world. As has recently been demonstrated, Islamists do not shy away from diplomacy and are no strangers to realpolitik. It is not inconceivable that room could be made for Turkey to participate in such a move, thereby affording Israel an opportunity to start rebuilding relations with it.

Israel will likely be able to bolster its status in the West as a neighbor with the leverage needed to attain appropriate recognition by Islam. To a great extent, the authors of the Arab initiative represent Islam, and therefore Israel is likely to earn recognition, both within the Islamic leadership and within the public represented by that leadership.

Precisely now, in light of developments in the Arab world and the relative fluidity inherent in every revolution, the possibility of influence is greater and the price Israel will eventually have to pay to reach its national goals and attain peace with the Arab world may be lower.

The Arab Peace Initiative will not survive indefinitely. The threats issued by Arab sources that this time they will rescind the initiative after having reauthorized it time and again over the last decade are more serious than in the past. This too is a factor Israel must consider.

Caution, judiciousness, dispassion, and insistence on critical interests are required of Israel at this time, but so is courage. It may be that choosing the route of negotiating in principle on the basis of the Arab Peace Initiative with an Arab world undergoing turmoil and bloodshed will prove to be a sensible strategy also – though not only – given the Iranian threat.

*[A version of this article was originally published by The Institute for National Security Studies].