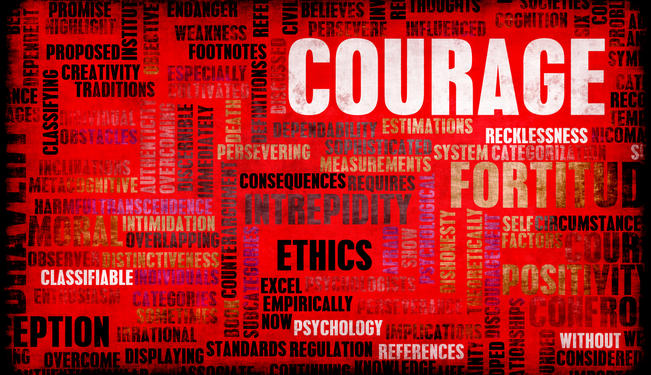 Yelena Milashina, who covered some of Russia’s most controversial subjects for Novaya Gazeta, is awarded the International Women of Courage Award.

A top Russian investigative journalist who has covered extrajudicial kidnappings in the North Caucasus and the killings of fellow journalists will be awarded a prestigious human rights prize by U.S. Secretary of State John Kerry at a ceremony in Washington on Friday, International Women's Day.

Yelena Milashina, a reporter for the Novaya Gazeta newspaper, will be one of 10 recipients of the secretary's International Women of Courage Award, which recognizes courage and leadership in advocating human rights, women's equality and social progress.

"From drug-trafficking to terrorist attacks, to military disasters, and even the killings of fellow journalists, Ms. Milashina has covered some of Russia's most controversial subjects with passion, fairness and dedication," the State Department said Monday in a statement.

Milashina, 35, is only the second Russian to receive the prize after Veronika Marchenko, head of the Right of the Mother, a group that campaigns against the hazing and abuse of military conscripts.

Milashina has investigated the Beslan school siege, the murder of her mentor, journalist Anna Politkovskaya, and been roughed up by unidentified assailants twice in her 16-year career. Even so, she doesn't consider herself an exemplar of courage.

"You can't be a tough cookie every day. I am afraid of spiders, for example. Courage comes when you make a choice: Either be happy with what the system gives you, like everybody else, or be a human being," she said by telephone on Wednesday.

Russia is generally recognized as one of the most dangerous countries to be a journalist.

Six Novaya Gazeta correspondents have been killed in the past 12 years, most recently in 2009, and nobody has been brought to justice for ordering the attacks. Russia ranked earned a dismal 148th place on Reporters Without Borders' 2013 Press Freedom Index, just ahead of Iraq.

But Milashina said she's never regretted her choice to live and work in Russia.

"Yes, it's hard here, but I could never separate myself from Russia. Besides, this is the best country for journalists. It's never boring; you don't need to invent the absurd things that happen," she said.

Milashina said she's never heard a topic that's too dangerous to cover; government noncooperation, not danger, is the biggest obstacle she faces on a daily basis. Requests to interview officials go unanswered, and calls for investigations fall on deaf ears, she said.

With the exception of Novaya Gazeta, investigative journalism has virtually disappeared from Russia since Vladimir Putin first became president in 2000 and muckrakers started to face increasing pressure and even violence.

"The newspaper is like a family. Gorbachev is our godfather. He's always near, and he's always defended us. Lebedev is our civil partner. Without them, it would be terribly difficult," she said.

"Our women not only go to the North Caucasus and choose the toughest assignments, they even tell better toasts than the men!" she said.

Milashina chided Russian journalists for being too willing to accept the government's version of events as fact. "Never believe officials. They lie. They all lie," she said. "I've never lied."

Her award comes at a tense time for U.S.-Russian relations, which have been strained in recent months, as the Kremlin has accused the State Department of backing the street protest movement and banned U.S. adoptions, insisting that Russian orphans are not safe in American families.

New laws have restricted foreign funding to non-governmental groups and expanded the definition of treason to include providing advice or "other assistance" to foreign states or organizations "directed against Russia's security."

Amid this backdrop of suspicion, Milashina said she saw the award as an opportunity to show ordinary people that they have no reason to fear the United States, and that there's nothing treasonous about accepting a decoration from the State Department.

If given the opportunity, Milashina will tell Kerry and First Lady Michelle Obama, who is scheduled to attend the ceremony, that the United States needs to be more aggressive about criticizing human rights abuses and pressuring the Kremlin.

"I'd like to remind them that there's a crackdown going on in Russia right now. Two members of the punk band Pussy Riot and several suspects in the May 6 case are being thrown in prison illegally. The West should not be silent," she said.

Other award winners this year include Razan Zeitunah, a Syrian human rights lawyer and "leading voice of the Syrian revolution," and Tsering Woeser, a Chinese author who has spoken out about human rights abuses against Tibetans.

The International Women of Courage Award was established in 2007 and is bestowed annually.

This article was originally published by The Moscow Times.