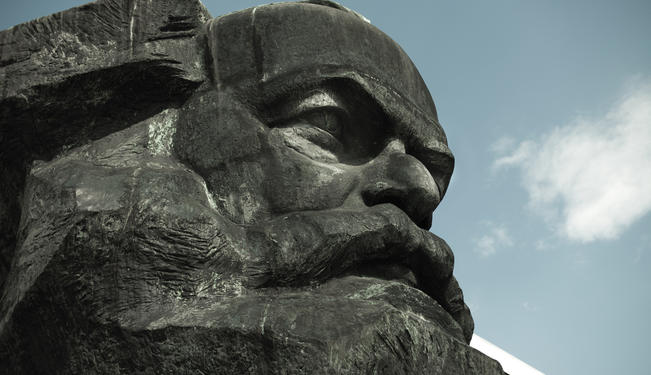 China’s idea of the free press differs from the Western idea of an independent fourth column. Professor Zhan Jiang looks at how a Marxist model of press freedom can be developed under the existing system.

During and after the 18th Party Congress, party and state leaders restated that China should be ruled by law and governed according to the Constitution. They also said that the supervision of power should be tightened, including oversight through public opinion by news media.

The 17th Party Congress report of 2007, mentioned citizens’ “Four Rights” — the rights to stay informed about, participate in, express views on, and oversee party and government operations. General Party Secretary Hu Jintao also gave a speech at People’s Daily on June 20, 2008. These all show some degree of positive change taking place in the relationship between media and the state.

Article 35 of the Constitution says, that citizens of the People's Republic of China enjoy freedom of speech and freedom of the press. Around the time that the Communist Party came to power, because of historical conditions, it formed a party-controlled newspaper system. This brought many important lessons.   For the objective of winning a war, a highly centralized media system is effective. But when entering a period of peace, official news policy and management methods should be overhauled. However, during the Cultural Revolution (1966-1976), newspapers and publications became a tool of class struggle. The historical lesson was profound.

During the reform and opening Up era, press reform has been put on the agenda. Under the influence of attempts to open up the ruling party to more intra-party democracy, the Communist Party has gradually let the media decide its own content.

With the transition of Chinese society and the rise of the media, talk of supervision by public opinion has become common among the government, intellectual circles and the public. The party is viewing the media less as a tool and a subordinate, and more of an entity that should be respected; an entity that leaders should become adept at using rather than coercing.

Of course, the freedom of press we stand for is different from the Western concept of media being a fourth power completely independent of the government. We stand for press freedom with Chinese characteristics, meaning media independence is developed step-by-step based on the Marxist view of journalism under the existing system.

However, the administration of media should be different from the rigid model formed during periods of war and ultra-leftism. In particular, we need to learn from the historical mistakes of Stalin in the Soviet Union. We shouldn’t let media create personality cults or serve as a tool of class struggle.

Marx particularly opposed censorship, thinking it was a serious form of spiritual slavery. In his view, a press which is inspected is a press without freedom. “The censorship law, therefore, is not a law, it is a police measure; but it is a bad police measure,” he said.

“The character of the censored press is the characterless monster of unfreedom; it is a civilized monster, a perfumed abortion,” he continued. “The censored press with its hypocrisy, its lack of character, its eunuch's language, its dog-like tail-wagging, merely realizes the inner conditions of its essential nature.”   The consequence of the censorship system is that the system founders deceive others and deceive themselves.

In his early years, Marx put forward the concept of "the third factor,” saying: “The administration and the administered need a third element, which is political without being bureaucratic; an element that does not derive from bureaucratic presuppositions. This complementary element, composed of a political head and a civic heart, is a free press.”

Marx would always hold his view that newspapers should be independent. In his work The Class Struggles in France, 1848 to 1850, published in 1850, he wrote a scathing critique on the press and publication law that was drafted by the French government, requiring that “every article of a journal must bear the signature of the author." Marx opposed the measure saying: “As long as the newspaper press was anonymous, it appeared as the organ of a numberless and nameless public opinion; it was the third power in the state.”

From "the third factor" to "the third power,” Marx’s basic idea on the independent status of the press not only didn’t change, but it strengthened.

Marx also said that, like plants and other living organisms, publications possess their own internal rules. These rules shouldn't and can't be forcibly broken by outside pressure. Hu Jintao made a good point in his 2008 People’s Daily speech, saying that party leaders and cadres at all levels should fully respect the rules of journalism and communication. This has its origin in the views of Marx and Engels.

From Theory to Practice

How can the Marxist idea of press freedom become localized in China? We can explore this in two ways. The first is perhaps best demonstrated by China Youth Daily in its “Supervision by public opinion” (also known as “watchdog journalism”). The second is a practical method, which is to gradually lift media controls during the process of fighting corruption.

Marx and Engels have always attached great importance to the criticism function of party newspapers and publications. Engels said: “Criticism is essential for the worker's movement. How could the worker's movement avoid criticism; do they want to outlaw debate? Could it really be that we're asking others to respect our freedom of speech, so that we can put an end to freedom of speech within our own ranks?"

While evaluating freedom of the press within the political parties of the working class, publications should be fully allowed to carry out criticism and supervision. We should especially be vigilant against the “Prussian style” of cruel intervention in the press.

In today's market economy, we should be more alert about control and manipulation by bad political and business forces. In the 21st Century, how to deal with the relationship between the state and the media is an important issue. It relates to the international reputation of a powerful socialist country. It’s about the sound development of intra-party democracy and the rule of law in the whole society. The Marxist view of press freedom is an important guide.

*[This article was originally published by The Economic Observer and was translated from Chinese to English by Zhu Na.]