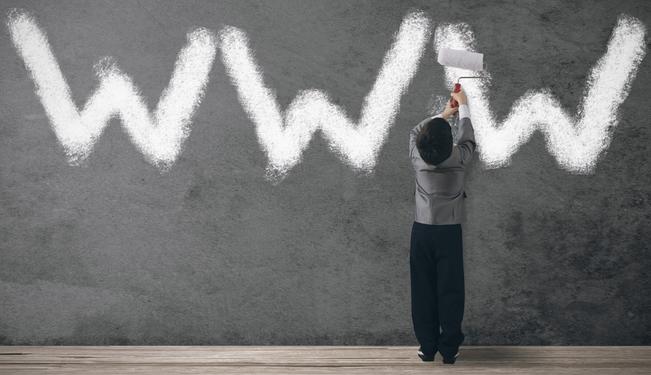 With the world powers seemingly divided into two opposing blocs at the World Conference on International Telecommunications, Min Jiang looks at the conflict between “Internet freedom” and “Internet sovereignty” models.

“The conference was not about Internet control or Internet governance,” said Hamadoun Touré, the head of the Internet Telecommunications Union (ITU), at the closing session of the World Conference on International Telecommunications (WCIT-12) on December 14, 2012 in Dubai. But of course, Mr. Touré was simply denying the obvious. Internet control is precisely what WCIT-12 was about and the ideological divisions between the US-led delegations and the pact headed by China and Russia couldn’t have been more visible. While the outcome of WCIT-12 has little substance, China’s stance on “Internet sovereignty” warrants our concerns.

Despite the attention and hysteria WCIT-12 has garnered, including provoking an Op-ed from Vint Cerf, the “father of the Internet,” calling to keep the Internet open, WCIT-12’s actual impact is very minimal, if not entirely negligible. In the end, the Dubai conference, which seeks to affirm nation-state-based regulation of the Internet, produced a non-binding resolution. However, the divisive voting blocs are telling. Of the 144 countries with the right to sign the new treaty, 89 (including China, Russia, and many Arab countries) did so, while 55 (including the U.S., EU member states, Japan, and India) said “no”. Whatever binding resolution WCIT-12 failed to score, the cacophony and what it represents is worth dissecting.

First, the conflict between the US “Internet freedom” agenda and the Sino-Russian vision of “Internet sovereignty” finally played out in the open internationally, dubbed by some as a digital cold war. As I argued in a 2010 paper following the conflict between Beijing and Google, China’s approach to Internet regulation is based on a highly restrictive notion of “Internet sovereignty” that favors the authority of a nation-state over its netizens. Such an approach stands in direct opposition to the US “Internet freedom” model, the latter at least rhetorically defending the rights of average netizens and the openness of the Internet. WCIT-12 represents an effort by the “yes” voting bloc countries to divert power and responsibilities away from a multi-stakeholder ICANN model to a more state-centered UN model.

Third, while it is important to work within international Internet governance bodies that serve as information centers for various member countries and Internet sectors, decisions over a given network primarily resides at the national level, as it is the case in China. Over the past 25 years, Beijing not only has built its Web infrastructures, including opening a floodgate of opportunities to private sectors and foreign investors, it has also made sure that such infrastructures remain “Chinese.” Besides constructing the well-known Great Firewall, the Chinese central government has ensured that China’s national Internet backbone remains firmly in the hands of a few China’s national champions such as China Telecom and that application-level ISPs operated mainly by the private sector remain “politically correct” through self-censorship. Overall, the state adopts a multi-layered censorship approach, from blunt suppression of dissidents, Internet policing, content removal, discipline of cyber cafes, to more subtle forms: regulation of ISPs, promotion of self-censorship among users, and employment of cyber commentators to shape public opinion.

Finally, despite the lack of impact WCIT-12 has, the symbolic voting bloc of 89 countries favoring a state-centric model of Internet governance may boost the “legitimacy” of domestic Internet regulations rhetorically, no matter how strenuous and weak the rationale for more regulation. A case in point is China’s “real name registration policy” that was first introduced to microblogging services at the end of 2011 and most recently extended nationwide to all ISPs. The law would require China’s 564 million Internet users to register their ID information (via national ID card, valid mobile phone number, etc.) with their ISPs before posting comments.

As we enter a new Internet world, the Global South will play an increasingly more important role, largely due to their potentially large Internet user base and also their improving economies. On the other hand, the Global South also includes some of the weakest states, conflict zones, and strong authoritarian countries, many of whom look to China. If the WCIT-12 is any indication, the “Internet sovereignty” approach of Internet governance that China favors and advocates holds much sway in the Global South and is likely to persist in the decades to come.

For the U.S. and other liberal countries favoring a more open Internet and netizen rights, much can be done. First and foremost, these countries must lead by example and live up to the promise of “Internet freedom” to shun charges of hypocrisy. For instance, American reputation abroad has been severely tarnished by the unpopular Iraqi War, American financial crisis and gridlock politics of Washington. “Internet freedom” will fall flat if it fails to defend netizen freedom in practice or foster innovations. Second, avoid SOPA, PIPA-like debacles. More could be done to strengthen civil society groups and chart out a better course between conflicting interests of users and the profit-maximizing tendencies of Internet giants. Last but not least, strike a better balance between liberty and security, transparency and confidentiality, and foster tolerance and civility through community norms and education. After all, “Internet sovereignty” is not about enhancing a particular government’s ability and prowess to regulate the Internet but ultimately about securing the rights and freedoms of its netizens.

*[This article was originally published on China US Focus.]