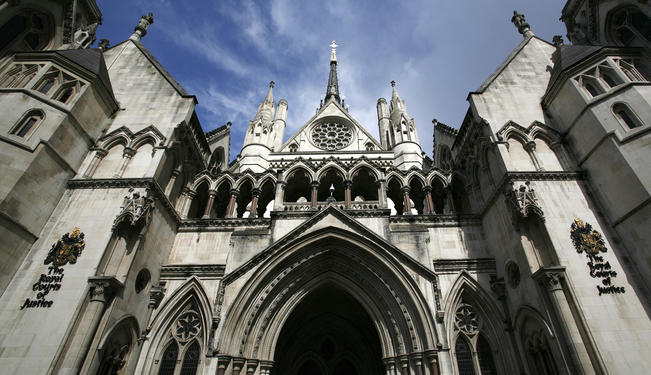 Is a free press a crucial restraint on power, or is it an irresponsible power in its own right? Professor Julian Petley discusses the UK’s Fourth Estate.

‘Democracies require an unlovable press. They need journalists who get in the face of power’. So says Michael Schudson, one of America’s foremost media scholars, in a recent collection of essays, and most journalists would wholeheartedly agree. Such sentiments were much in evidence in the pre-emptive nuclear strike mounted by the press in the run-up to the publication in November 2012 of Lord Justice Leveson’s report into the culture, practices and ethics of the British press.

The Freedom to Dig Dirt

For example, in an editorial on 28 October, the Telegraph argued that “a free press – opinionated, raucous, even, at times, distasteful – is essential for the functioning of democracy”. In the next day’s edition, the Mayor of London, Boris Johnson, opined that: “One of the reasons London is a great place to live and invest in is that we have the stability which goes with the rule of law and a ruling class that is (very largely) prevented from indulging in venality and corruption by the activities of a brutal, exuberant and uninhibited media”. The same line was followed by Trevor Kavanagh, associate editor of the Sun, on 31 October: “Britain is squeaky clean by comparison [with France, Spain, Portugal and Italy]. Both the political class and civil service are largely above criticism. But as politicians on all sides admit, this is at least partly thanks to the British Press. Ours might be a rough old trade, sometimes scurrilous and always noisy. But without the freedom to dig dirt, embarrass the great and the good and tell unpalatable truth – and yes, occasionally get it wrong – British democracy risks grievous damage”.

Meanwhile an editorial in the Mail on Sunday, 25 November followed a slightly different tack, arguing that: “Commercial success depends on popularity. Popular newspapers have to recognise and satisfy the tastes of the public, or they will die. This does not mean encouraging or feeding the worst in people, but it does tend to involve printing material that might not go down too well in an Oxford Senior Common Room, or in the Chambers of Her Majesty’s judges. That is just how things must be. Those countries which lack a robust, even raucous, but successful popular press also lack a crucial restraint on power”. The whole approach was neatly summed up by Jurgen Kronig, head of the Foreign Press Association in London, quoted in the Independent, 26 November, as stating that: “Britain has in my view the freest, probably the best press in the world. At the same time it can be the most irresponsible press. Two sides of one and the same coin”.

In other words, the price to be paid for journalism that adheres to the values of the Fourth Estate is the kind of journalism which led to the Leveson Inquiry in the first place. However, this is a largely meretricious argument.

Firstly, those papers which carry the largest amounts of scurrilous and error-ridden journalism also carry the least hard news, thus badly denting the “subsidy” argument (although, in fairness, the Sun partly subsidises The Times).  Furthermore, what hard news there is in popular papers is frequently so polluted by bias, partisanship and editorialising as not to count as news at all, witness the Mail and Express in particular.

Second, the idea that the press discourages Britain’s elites from engaging in venality and corruption is simply delusionary, self-serving nonsense. This is not for a moment to deny that the press, even the Mail, sometimes produces fine investigative journalism, which is entirely in line with the values of the Fourth Estate, but such journalism is the exception rather than the rule. Were this not the case, stories such as the following would have dominated the news agenda for years, as opposed either to being conspicuous by their absence or appearing belatedly only when bounced onto it by non-journalistic activity such as public inquiries. The events which led to the banking crisis. The role of the City in acting as the equivalent of a vast offshore tax haven anchored in East London, accounting for around half of the world’s secrecy jurisdictions. The Bloody Sunday and Hillsborough cover-ups. The Mid Staffs NHS Foundation Trust scandal, not properly picked up by the national press until the Francis Report forced it onto the agenda (and this in spite of five years of excellent reporting by the local Express and Star). The trade deficit: we are now importing, annually, well over £100bn more manufactured goods than we export. Flogging vast quantities of the family silver: between 2000 and 2010, £615bn worth of portfolio assets passed into foreign hands. Thus, whilst Europhobic newspapers habitually condemn “rule by Brussels”, the UK electricity generating and supply industry has been effectively re-nationalised – by the French, since most of it is now in the grateful hands of the state owned Electricité de France (which is what lurks behind the conveniently anonymous acronym EDF). And so on.

Nor is it simply the case that these (and many similar) stories were routinely ignored by most of the press. The very values which fuelled the banking scandal in the first place were reproduced on a daily basis by most newspapers – and not simply in their financial pages and in the mass of advertisements for financial services and “products”.  The alleged virtues of privatisation and “de-regulation” are entirely taken for granted across most of the British press. And newspapers played an absolutely key role in both the Bloody Sunday and Hillsborough cover-ups – most shockingly in the case of the Sun and Hillsborough. One might also note that the papers’ role in covering up the police riot at Orgreave during the miners’ strike in June 1984 still remains to be acknowledged.

Third, and leading on directly from the above, the press which the Mail on Sunday celebrates as being “a crucial restraint on power” is itself one of the greatest powers in the land.  Indeed, the main reason why the Leveson Inquiry’s third module was devoted to the relationship between the press and politicians was because of the widespread perception that newspapers had gained the upper hand over our elected representatives (albeit with the latters’ complicity).

In his 1891 essay “The Soul of Man Under Socialism”, Oscar Wilde wrote: “At the present moment it [journalism] is the only estate. It has eaten up the other three. The Lords Temporal say nothing, the Lords Spiritual have nothing to say, and the House of Commons has nothing to say and says it. We are dominated by Journalism”.  One simply shudders to think what he would make of the power of the national press today.   Significantly, Anthony Sampson’s chapter on the media in his 2004 book “Who Runs This Place?” is entitled  “Unelected Legislators”, and in it he notes that MPs are now “in the gallery of the virtual debating chamber, looking down in awe on the journalists. The fourth estate had become the first estate”. He concluded, quite rightly, that “Parliament without a press is now unimaginable, but a press without an effective Parliament is an invitation to demagogy and rule by unaccountable new elites”.

The power and the political role of the press are, however, almost never acknowledged by journalists themselves. A rare exception is the Guardian’sDavid Walker who has noted that “the power held by journalists and the media organisations for which they work is unperceived or assumed away”. In the stories which newspapers daily tell their readers, the institution of the press itself is usually quite simply invisible, and journalists themselves very rarely turn the spotlight on their relationship with each other, with politicians and with proprietors.  The motto of the British press is: dog doesn’t eat dog. It could be argued that the Guardian’s revelation of the phone-hacking scandal suggests otherwise; however, this is simply another case of events forcing a story onto the press agenda as, until the revelation of the hacking of Milly Dowler’s phone, most papers had studiously ignored the Guardian’s investigations.  Furthermore, the paper, and its reporter Nick Davies, who broke the story, are anathematised as “disloyal” by large swathes of the British press.

These considerations should lead us to examine the nature of the freedom which the press defends and demands so stoutly. Is it the freedom to do exactly what it, or rather its owners, want? Is it freedom from the kind of public scrutiny and accountability which it demands from every other institution in society? Is it the freedom to exercise power without responsibility? Is it the freedom to make money, however debased and degraded the product on offer? If so, these are in no conceivable sense the values of the Fourth Estate, and newspapers should no longer be allowed to get away with the con trick of claiming that membership of such an institution should absolve them from any kind of regulation, let alone positive forms of regulation which are designed to ensure that newspapers are considerably more honest, truthful, diverse and accountable than they are at present. In other words, we need to think rather less about the property rights of press proprietors, still less about the “freedom” of the market, and much more about the communicative rights of the public.