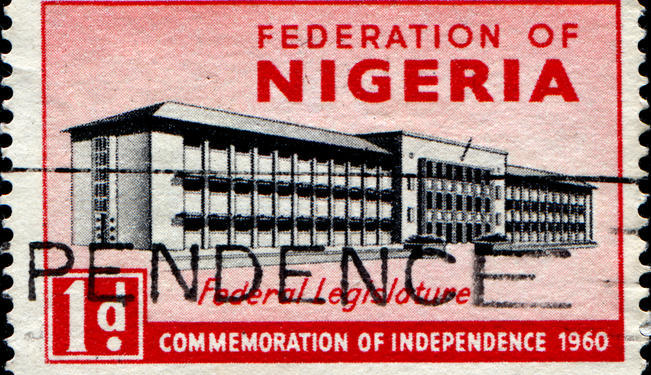 Thirteen years have passed since democratic rule was installed in Nigeria. However, the country is still struggling to establish one core democratic value: media freedom.

“In 13 years of democratic rule, the culture of democracy is still far from taking firm root in Nigeria. Its tenets are breached with sickening regularity….”

“Since the return of democratic rule in 1999, the Nigeria police have scarcely shown that it is willing to play by the rules of democratic norms. It still applies bare-knuckle tactics where it is not called for.”

The above words are those of editorial commentaries of the Guardian Nigeria and ThisDay, Nigeria’s most widely read dailies. Theyepitomize what many believe to be the state of Nigeria’s democracy since the country's transition to civil government, which took place on May 29, 1999, after 29 of intermittent military rule. Its citizens hoped that democratic norms would be entrenched in the country, which is the most populous in Africa. People hoped that attacks against the press would be consigned to the dustbin of history at the dawn of a new democratic epoch. They hoped that physical assaults and arbitrary arrests and detentions of journalists, closure of media houses, seizure and confiscation of media products and killing of journalists that characterized the era of past profligate military regimes, would not be a feature of the new democratic era.

Everyone hoped thatthe new democratic state would be the prime mover of all civil liberties, especially press freedom – the right to disseminate pluralistic views and information in the media without governmental interference. “These hopes all were anchored on the belief that a worst form of democracy is more tolerable than the most benevolent dictatorship.”

Ironically, however, even though some legislative reforms have been introduced to create the enabling environment for press freedom, the state continues to utilize the same military-era repressive institutions – the police and the dreaded State Security Service (SSS) – to harass and intimidate the press. Independent journalists and media houses are still persecuted for critical reporting of the massive corruption, embezzlement, fraud, avarice and other nefarious activities by Nigeria’s ruling class.

Legislative Reforms for the Press

Since 1999 some legislative changes have been introduced to facilitate freedom of the press. Section 22 of the 1999 Constitution provides that “The press…shall at all times be free to uphold the…accountability of the Government to the people.” Section 39(1) states that “Every person shall be entitled to freedom of expression, including freedom to hold opinions and to receive and impart ideas and information without interference.”

One of the far-reaching legislative reforms was abrogation of the obnoxious Newspaper Amendment Act of 1964 on February 4, 2003. The Act impeded journalistic practice for forty years as it made libel a civil crime. It provided that: “Any person who authorises for publication, publishes, reproduces or circulates for sale in a newspaper any statement, rumour or report knowing or having reason to believe that such statement, rumour or report is false shall be guilty of an offence and liable on conviction to a fine of two hundred pounds or to imprisonment for a term of one year.”

Another reform that facilitates press freedom is the Freedom of Information Act (FOIA), which was enacted in 2011. Nigeria is the second country in West Africa along with Liberia to pass this legislation, which gives journalists the power to access government-held information. The establishment of a Human Rights Commission, which promotes and protects human rights, including freedom of the press is another noteworthy recent reform.

Despite these legislative reforms, unrestrained assaults, brutality, and extra-judicial arrests and detentions of journalists seem to persist until today.

Within the first years of the transition to democracy, the government gave the press a dose of what journalists would taste during the new political dispensation. On November 24, 2003, security officers arrested and detained three editors of the Insider Weekly magazine – Osa Director (editor-in-chief), Chucks Onwudinjo and Janet Mba-Afolabi (executive editors). According to the Newswatch the editors were arrested and detained for allegedly publishing a false report titled, “Aso Rock Oil Bunkering Scandal…,” in the November 24, 2003 issue of Insider. They were subsequently charged with sedition and criminal defamation, a charge the government later dropped abruptly. On September 4, 2004 security officers again invaded the premises of Insider Weekly, and arrested its production editor, Raphael Olatoye, and two other writers. They confiscated 15,000 copies of the magazine and its printing equipment before shutting down the publication. Those arrested, beaten and detained between 2002 and 2005 included the editor of Global Star, Isaac Umunna, andBen Adaji of The News magazine who was arrested afterthe publication of his piece, “Abacha in police uniform,” that criticized the then Commissioner of Police in Taraba state, Nwachukwu Egbochukwu, of corruption and abuse of the rights of prisoners.

On May 2, 2005, Orobosa Omo-Ojo, the publisher of Midwest Herald, was arrested on the orders of Stella Obasanjo, the late wife of ex-President Obasanjo. Omo-Ojo was subsequently detained at the Akure prison in Ondo State. His arrest was prompted by an article titled “Greedy Stella”, which government said was seditious. On March 23, 2006, Mahmud Jega, editor of the government-owned New Nigerian, was sacked from his job because of a report in the March 10 issue of the paper that opposed President Obasanjo’s bid to run for a third term in office. In the same year, SSS officers raided Rhythm 93.7 FM radio station in Port Harcourt and arrested of its news editor for airing a false news report that a bridge in the city had collapsed.

In June 2006, security officers arrested and detained Mike Aruleba, of the African Independent Television (AIT), and Rotimi Durojaiye of the Daily Independent in connection with a story that questioned the age and cost of a presidential jet that the government said it purchased. The charges were brought after AIT picked up Durojaiye’s June 12 story, “Controversy over age, cost of presidential jet.” Durojaiye said research by the Independent showed the government had bought a five-year-old aircraft from Lufthansa and not a new jet from Boeing, as it had said. Both were subsequently charged with sedition, a charge the government dropped later.

In January 2007, SSS officers raided the premises of two Abuja-based newspapers – the Leadership and Abuja Inquirer. They confiscated documents and cell phones, and whisked away the paper’s general manager, Abraham Nda Isaiah and four journalists -Bashir Aku, Nda-Isaiah, Danladi Ndayebo and Abdulazeez Sanni. The officers were angered by the paper’s reports about ex-President Umaru Yar’Adua’s health status that the government kept secret. The paper’s libel battle with the ex-president arising from these reports did not end until he passed away in 2010. At the Abuja Inquirer SSS officers arrested its publisher, Dan Akpovwa and editor, Sonde Abbah because of a January 8-14 article titled “Obasanjo-Atiku Face-Off: Coup Fear Grips Nigeria.” At the end of the raid the officers seized 81 CDs, a computer, a list of the newspaper's staff, 18 copies of the latest issue and seven copies of previous issues.

On December 20, 2009, the editor of the Peoples Daily, Ahmed Shekarau, got his own taste of the government’s attacks against the media when he was arrested and detained for his paper’s publication of a report titled “Succession tussle hots up in Aso Rock,” that appeared in the December 18 issue of his paper.In November 2010, the publisher the Liberator, Kelani Mohammed, and the paper’s editor, Usman Saidu, were arrested and charged to court in Minna, Niger state for defamation, spreading falsehood and inciting the public against the government. This was sequel to the paper’s report on January 9 that accused the Secretary of the Niger State Government, Dr. Mohammed Kuta Yahaya, of corruption.

In February 2013, two journalists at Wazobia FM station in Kano were arrested and arraigned before a court on changes that included criminal conspiracy, inciting disturbance, intentional insult, obstruction of a public servant in discharge of his public functions, defamation and uttering injurious falsehoods. The journalists and a Moslem cleric aired a program which suggested that polio vaccinations in the Muslim North were laced with drugs that were intended to harm Muslim women. After the program was aired, government broadcast regulatory commission (NBC) had suspended its license.

*Read the final part of "Striking a Balance on Media Freedom in Nigeria" on April 29, 2013.